As a nation, we now face a serious threat to the very nature of our democracy, and the core American belief that wide electoral participation by as many eligible voters as possible is central to our prosperity and success. With salacious and often unfounded allegations of efforts to vote by non-citizens, the deceased, felons and even pets, partisans, fringe organizations, and opinion makers of all kinds have pressed for strict new voter identification requirements. But the facts do not warrant these extreme proposals. All available evidence suggests that voter fraud is exceedingly rare. The few substantiated instances of actual voter fraud in recent elections involved absentee voting, fraudulent voter registration applications, and erroneous voting by those ineligible to cast a ballot--none of which would have been prevented by requiring photo ID in order to vote. Courts have recently enjoined photo ID laws passed in Georgia, Missouri and Arizona. Just as the proposals don't stop the problems, these laws also risk preventing upwards of 20 million Americans without government-issued identification from meeting the most fundamental responsibility of citizenship--exercising the right to vote. 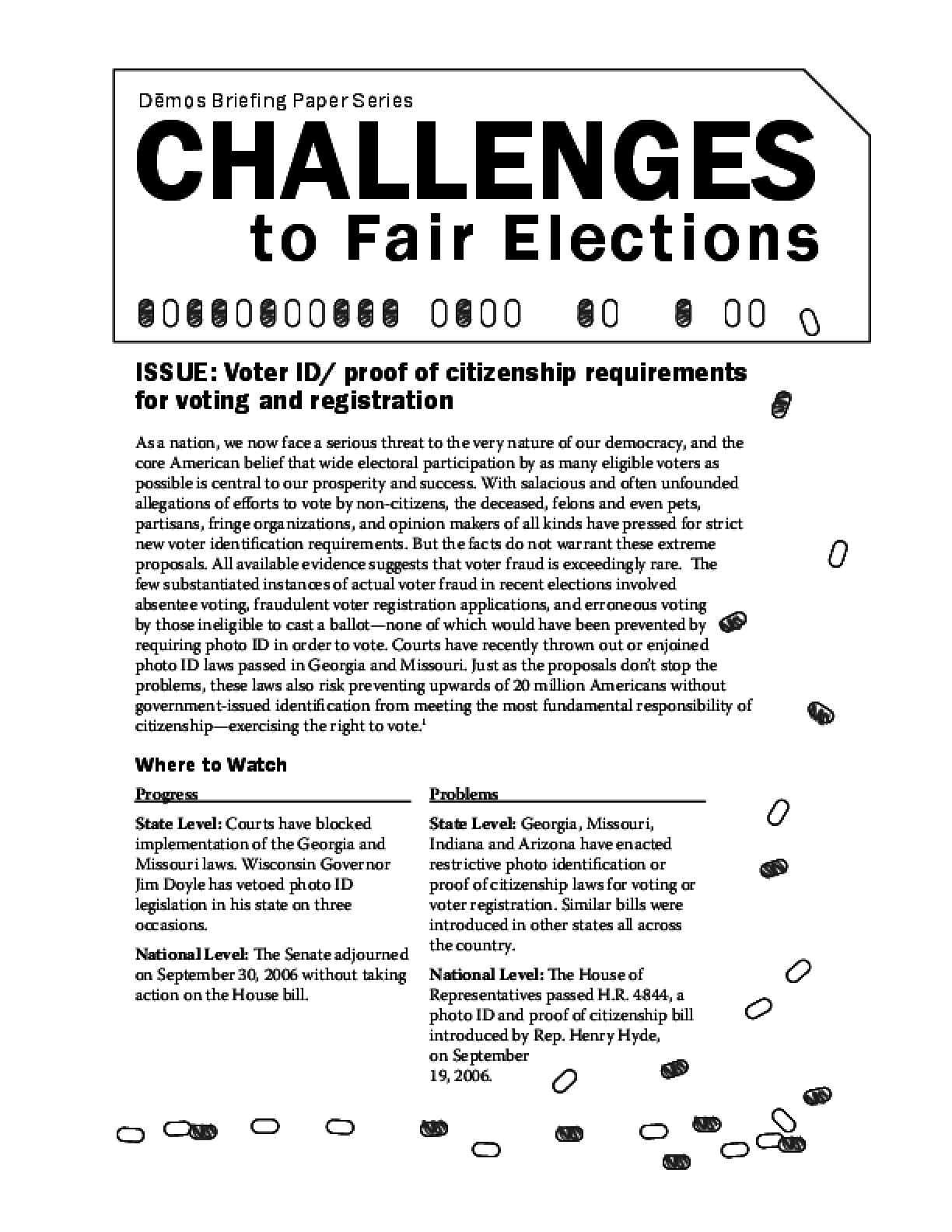