The 2000 election will be remembered as a national debacle in which millions of citizens were denied the right to vote and have that vote be properly counted. To remedy the problems of 2000, Congress passed the Help America Vote Act of 2002 (HAVA). One of HAVA's principal provisions required states to adopt a system of "failsafe" voting in which a person who goes to the polls, but whose name is not on the voter lists or who cannot produce the necessary identification, is allowed to vote on a provisional ballot. These provisional ballots will only be counted if elections officials are able to subsequently determine that the individual was eligible to vote. While Congress may have scored points with the rhetoric of "fail-safe" voting, many states have taken advantage of HAVA's vague language to manipulate provisional balloting rules and again deny otherwise eligible Americans their right to participate in the democratic process. Much like patients sent home with a placebo, many provisional voters think they are being given the vote, when in fact they are receiving a false promise. 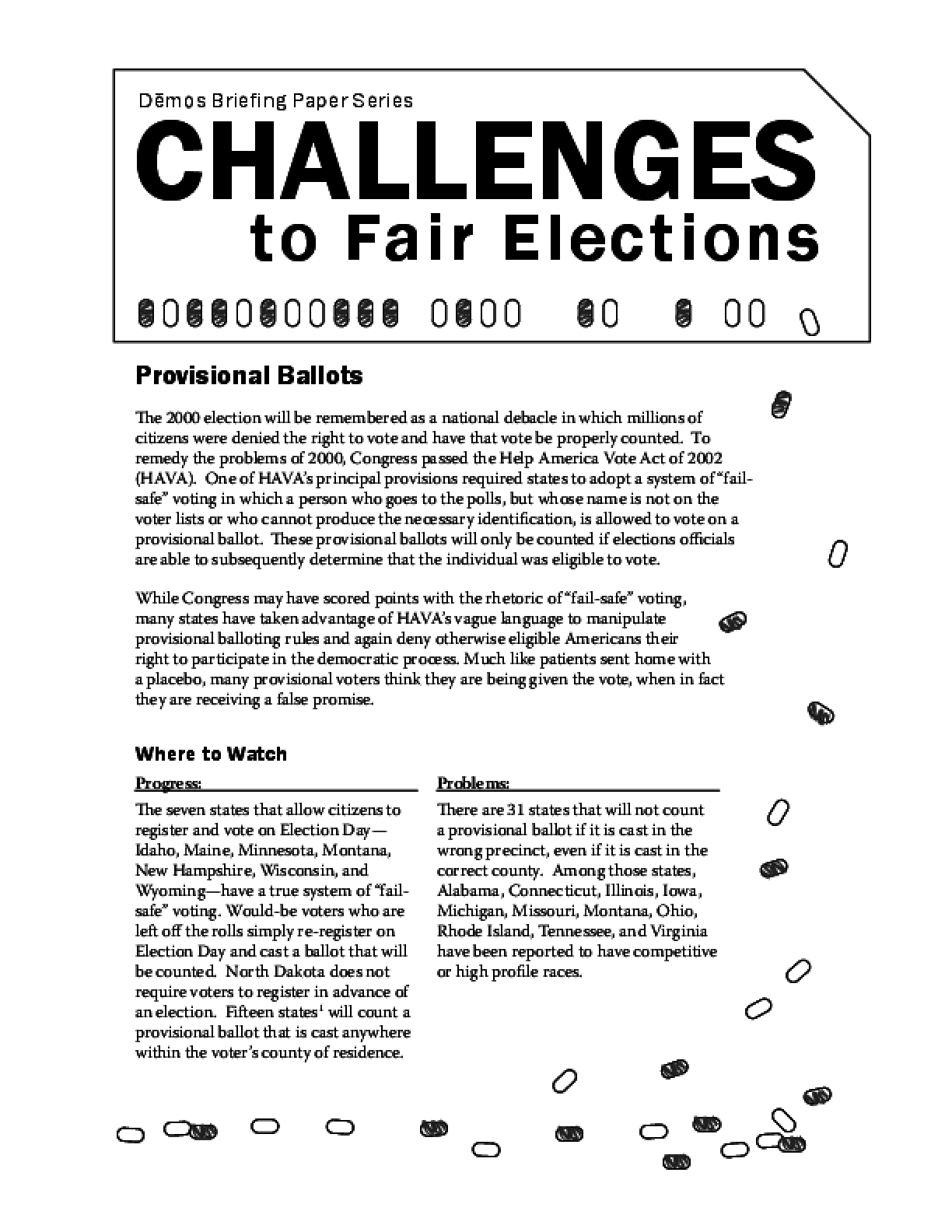