Representational Inequality: Bad for Democracy Economic inequality in America has been spiraling out of control in recent decades. The income gap between the rich and the poor in America has steadily increased since the early 20th century and is at its largest in 40 years. Unfortunately, this also translates into political inequality. According to the 2004 U.S. Census, 59 percent of citizens in households making less than $15,000 a year were registered to vote versus 85 percent of those in households making $75,000 or more. A vibrant democracy is one in which all individuals, regardless of income, are able to have a voice in the democratic process. When the electorate is disproportionately made up of wealthy voters, elected officials are more likely to address the needs of their high-income voter base. It is easy to see how ordinary Americans become disaffected and decide to opt out of the political process altogether. In fact, a recent Gallup poll found that 41 percent of respondents agree with the statement, "I don't think public officials care much about what people like me think." In 1993, Congress passed the National Voter Registration Act (NVRA) with the purpose of establishing "procedures that will increase the number of eligible citizens who register to vote in elections for Federal office." The NVRA is often called the "Motor Voter" law because of its well-known provision requiring state motor vehicle departments to offer customers the opportunity to register to vote. Recognizing that low-income citizens are among the least likely to own cars and therefore not as likely to frequent motor vehicle offices, Congress deliberately included a provision requiring public assistance agencies to offer voter registration services to applicants and clients. Yet implementation of the NVRA in public assistance agencies has been inconsistent at best. Full implementation and rigorous enforcement of the NVRA would reduce a significant barrier to democratic participation in America. 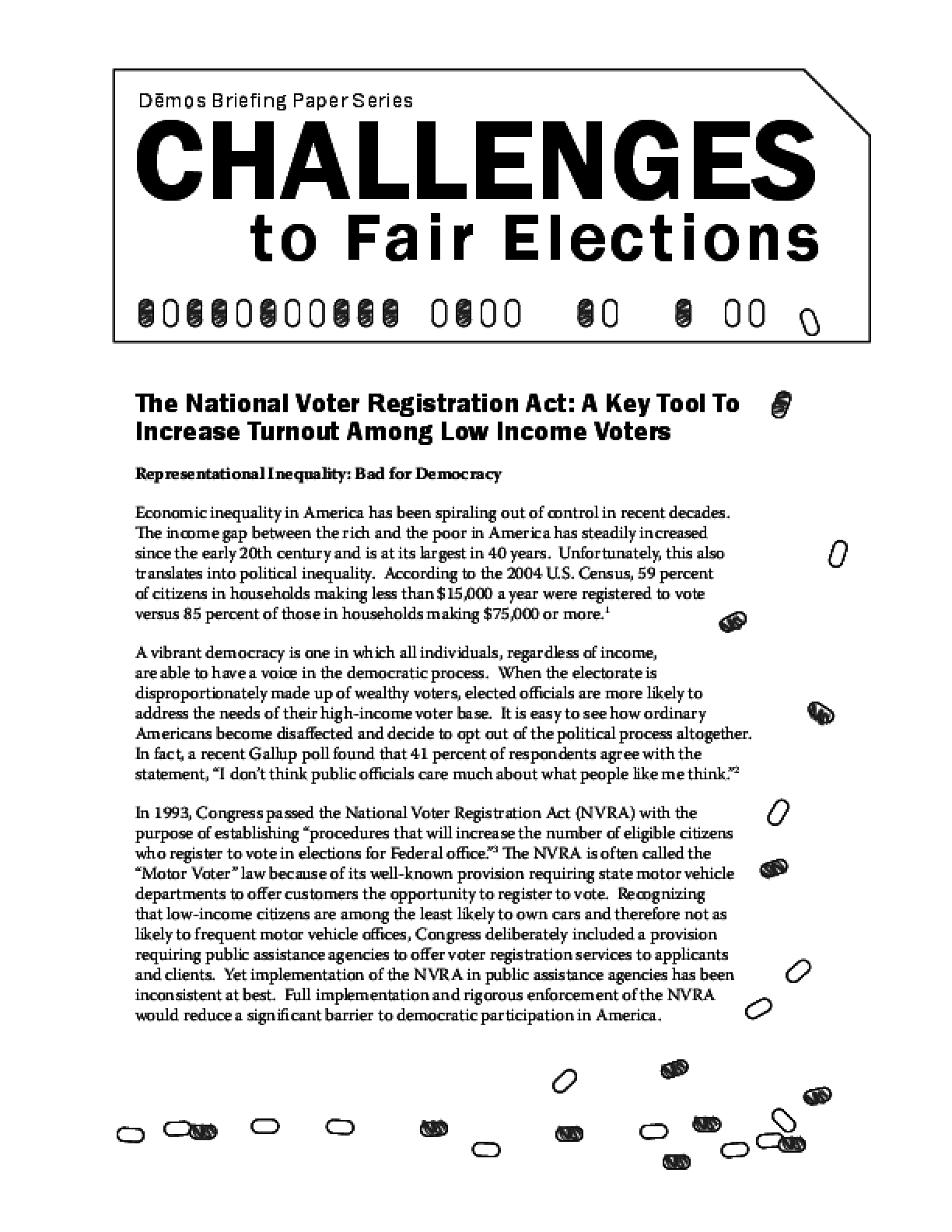