Political candidates win elections by generating more votes than their opponents. A vigorous and superior get-out-the-vote campaign is commonly understood to be the key to success. A less recognized but all too familiar alternative tactic is to intimidate their opponent's supporters and suppress their votes. Voter intimidation and vote suppression campaigns are often mounted in communities of color, where voter participation is more tenuous. Few states have enacted clear and effective prohibitions against these abuses. 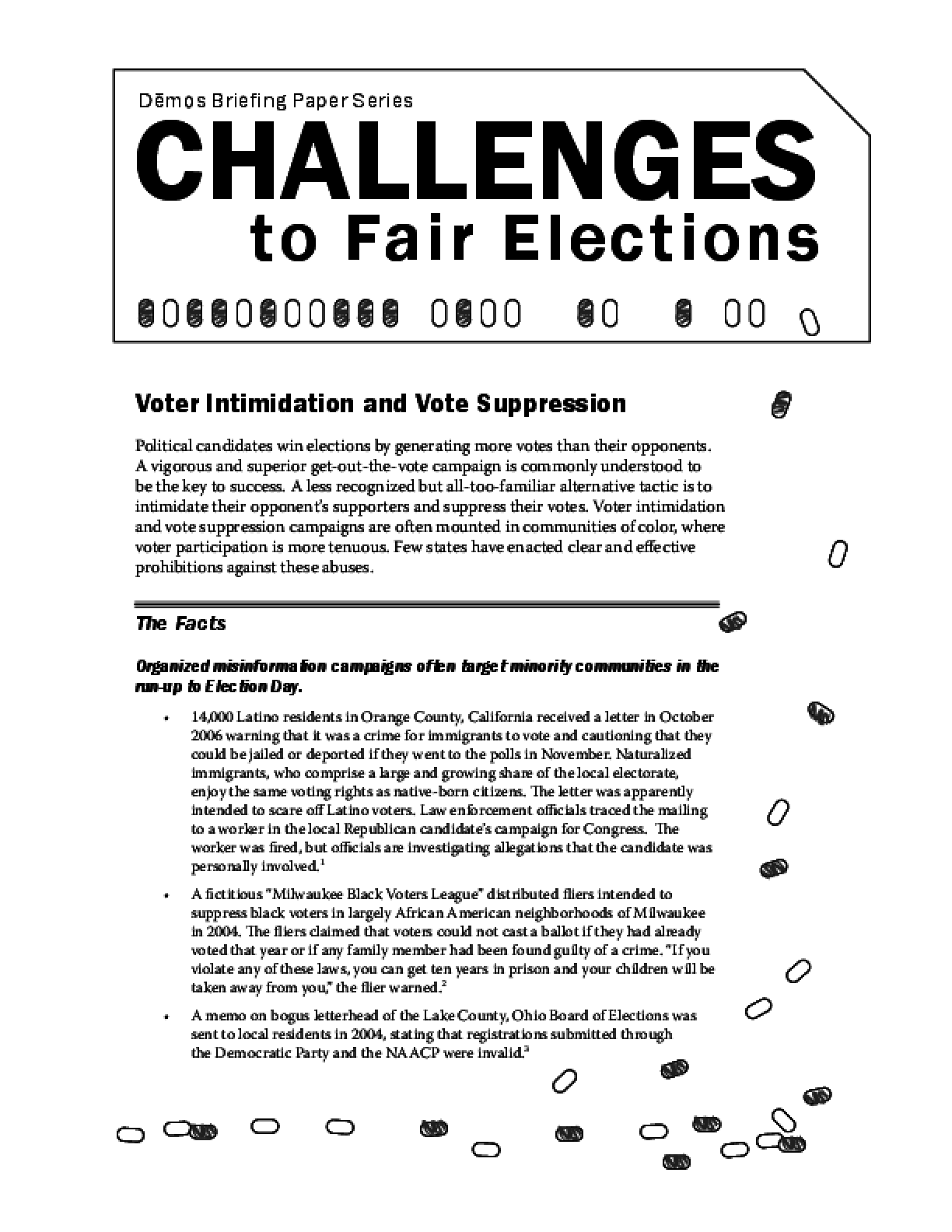