In the final days of the 2006 campaign, as in any election year, citizen interest is peaking as election news--and debates on the issues--becomes more pervasive in the media. Unfortunately for America's voters, in all but eight states (one of which does not require voter registration) , if you are not already registered to vote in this week's election, it is too late. There are seven states, however, where eligible voters are not hampered by arbitrary deadlines, no matter when they become engaged by an election, and can register to vote on Election Day itself. Thanks to Election Day Registration (EDR), also known as "same-day registration," eligible citizens can register to vote on Election Day in Idaho, Maine, Minnesota, New Hampshire, Wisconsin and Wyoming, each of which offered EDR in the 2004 presidential election. These states boasted, on average, voter turnout that was 12 percentage points higher than in non-EDR states, and reported few problems with fraud, costs, or administrative complexity. Inspired by their example, Montana is implementing a form of EDR this year. In fact, in 2006, 2008 and beyond, one could easily predict where turnout will be consistently higher than the national average--in states that offer Election Day Registration. 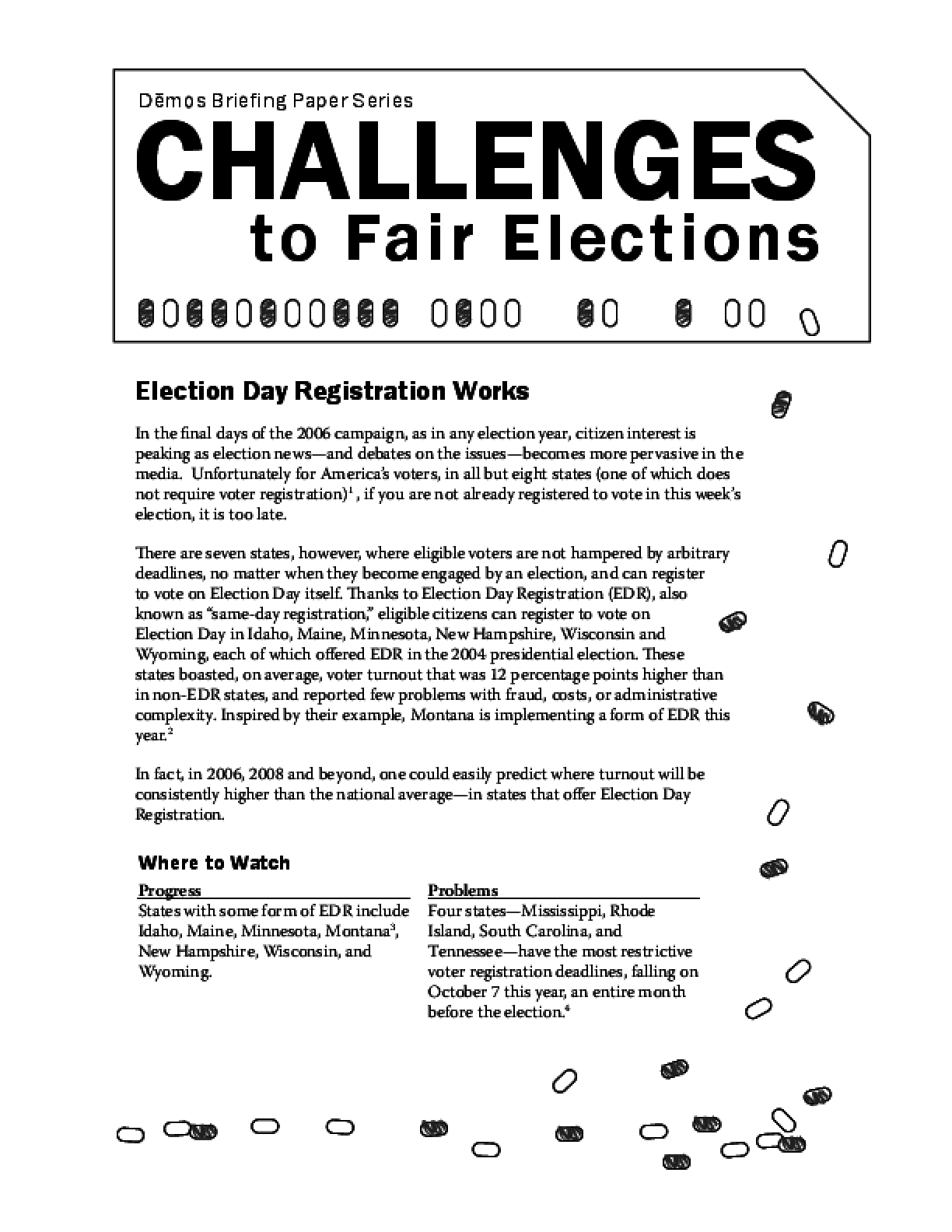