Changes in Insured Coverage and Access to Care for Middle-Class Americans, 1999-2002

This brief examines how insurance coverage and access to health care of middle class Americans changed between 1999 and 2002. We contrast the experience of the middle class with that of lower and higher income Americans over the period. These years were largely dominated by the downturn in the U.S. economy, although the first of the three years (1999) represented a continuation of the broad economic expansion of the 1990s. 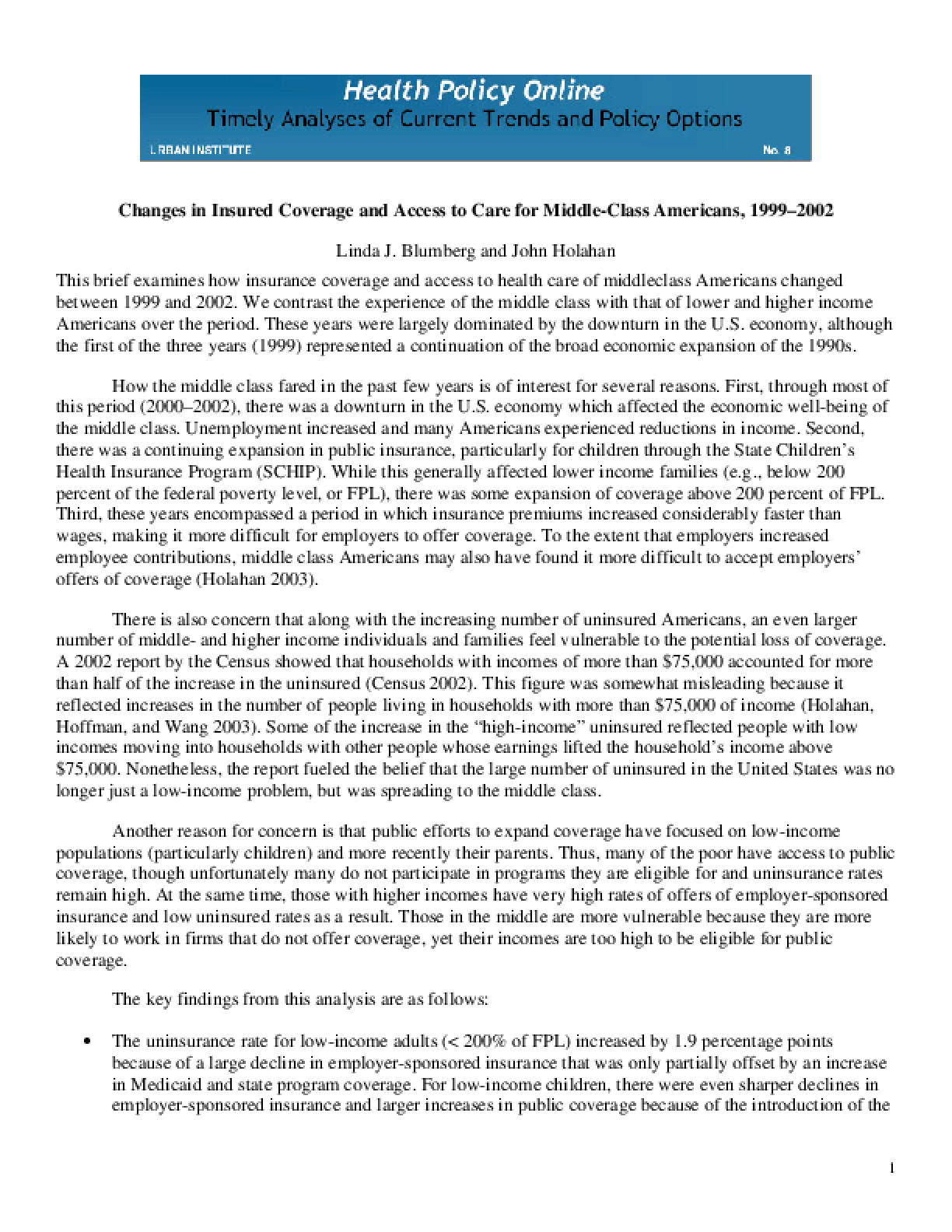