Changing Church in the South: Religion and Politics in Elba, Alabama

Conventional wisdom and statistical evidence show Southerners to be considerably moreconservative on social issues like gay marriage and abortion than others in the U.S. But in shifting one's vantage point from the aerial view of statistics to the streets of Elba, Alabama, the relationships among faith, politics and social values become far more nuanced and dynamic. In this Southern Baptist stronghold, the roles and expectations of women are changing, non-Baptists are moving here and looking for a church home, and a new faith community has emerged, disaffected with the established orthodoxy. While the Southern Baptist Convention dominates the rural South and is likely to shape political thinking here in the near future, recent experience in Elba suggests that within "the solid South" there are striations of questioning and even defiance 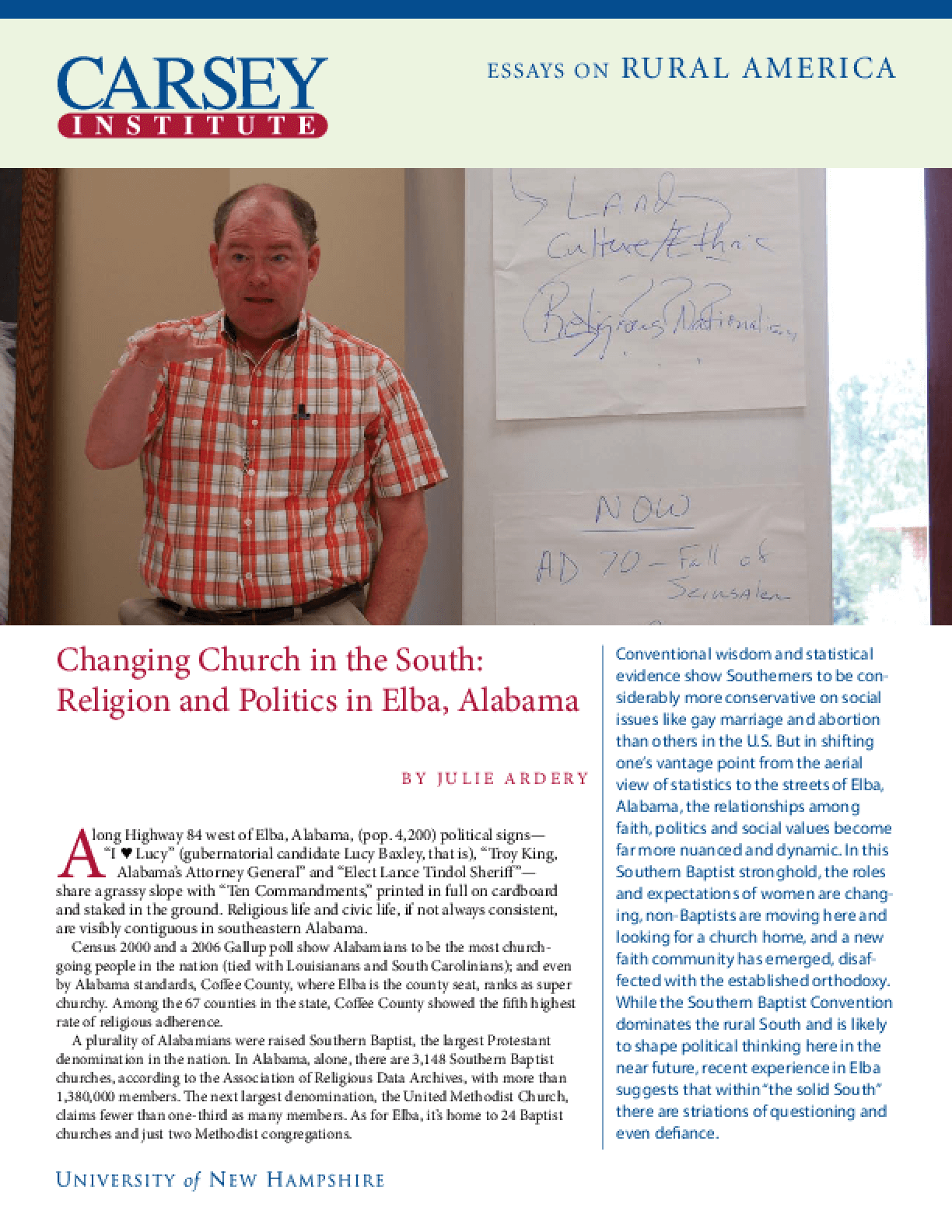