Changing District Culture and Capacity: The Impact of the Merck Institute for Science Education Partnership

by Nancy Lawrence; Thomas B. Corcoran

In 1993, Merck & Co., Inc. began an endeavor to make a significant and visible commitment to improving science education by creating the Merck Institute for Science Education (MISE) and supported the new venture with a 10-year, $20-million financial commitment. From its inception, MISE had two goals: to raise the interest, participation, and performance of public school students in science, and to demonstrate to other businesses that direct, focused involvement would hasten the improvement of science teaching and learning in the public schools. MISE initiated its work by forming partnerships with four public school districts -- Linden, Rahway, and Readington Township in New Jersey, and North Penn in Pennsylvania -- where Merck has major facilities.

CPRE was contracted by MISE in 1993 to document the implementation of the initiative and assess its impact on districts, schools, classrooms, and students. Throughout the evaluation, CPRE conducted interviews with teachers, instructional leaders, and district personnel; surveyed teachers; developed case studies of schools; and examined student achievement data in order to provide feedback on the progress of the MISE Partnership 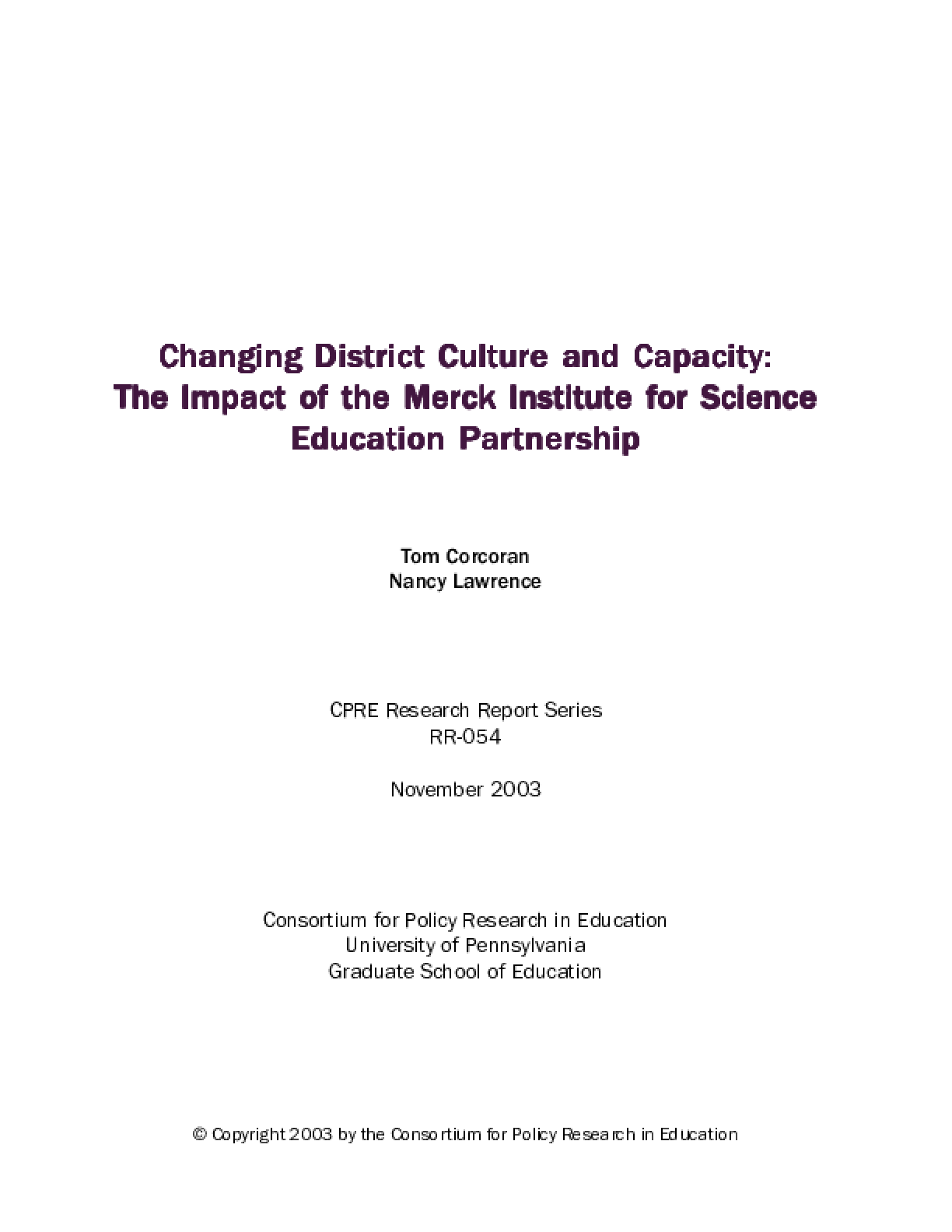