A growing number of initiatives around the country are attempting to tackle longstanding inequities, including higher rates of school dropout, incarceration, and unemployment among Black and Latino men. New York City's Young Men's Initiative (YMI) has been at the forefront of these efforts since it was launched in 2011 to address disparities in education, employment, health, and criminal justice. YMI's educational component, the Expanded Success Initiative (ESI), focuses on the issue of low college readiness among Black and Latino male students -- a problem that has persisted in NYC even as high school graduation rates have risen. ESI is providing funding and professional development to 40 NYC high schools, aimed at helping them improve outcomes, particularly college and career readiness, among their Black and Latino male students. The Research Alliance for New York City Schools is conducting a four-year evaluation of ESI's implementation and impact. This report, Changing How Schools Serve Black and Latino Young Men, presents our findings from Year 2 of ESI (the 2013-2014 school year), drawing on interviews and focus groups with staff at ESI schools and a set of matched comparison schools, a student survey, and an analysis of student achievement data. 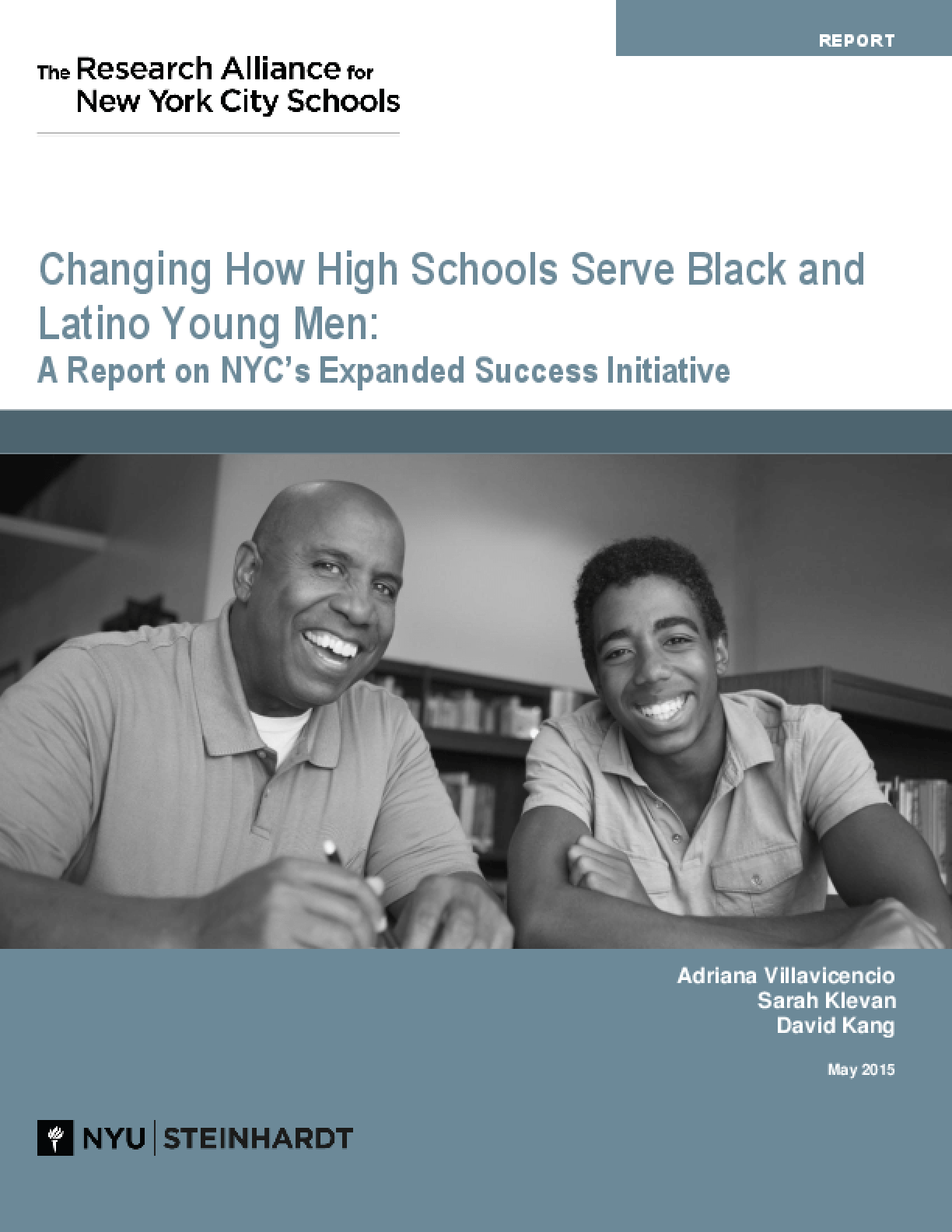