Changing Lives with the Gift of Water: Lien AID - Enabling the Rural Poor to Protect Their Health

By helping villagers in rural communities become owners and operators of their own water facilities, Lien AID through its clean water and sanitation programmes has improved the health and well-being of thousands of rural poor in Cambodia and elsewhere in Asia.

The Lien Foundation was established by prominent Singaporean banker and entrepreneur Dr. Lien Ying Chow. Orphaned at age 10 and without a formal education, Lien established the foundation in 1980 with almost half of his wealth to give back to society what it had given to him. Lien AID was incorporated in 2006, with the mission to improve living conditions in developing communities in Asia and as an autonomous vehicle to champion the foundation's interests in water and sanitation.

By the end of 2014, Lien AID had reached about 682,000 direct beneficiaries in poor communities across Southeast Asia and China. It had built more than 1,300 water facilities and 22,000 toilets. It had made water and sanitation accessible to more than 200 schools and 2,800 villages as well as 59 healthcare facilities. In Cambodia alone, Lien AID had implemented 43 community-based water social enterprises by May 2015 and is looking to deliver at least 18 more by 2018. 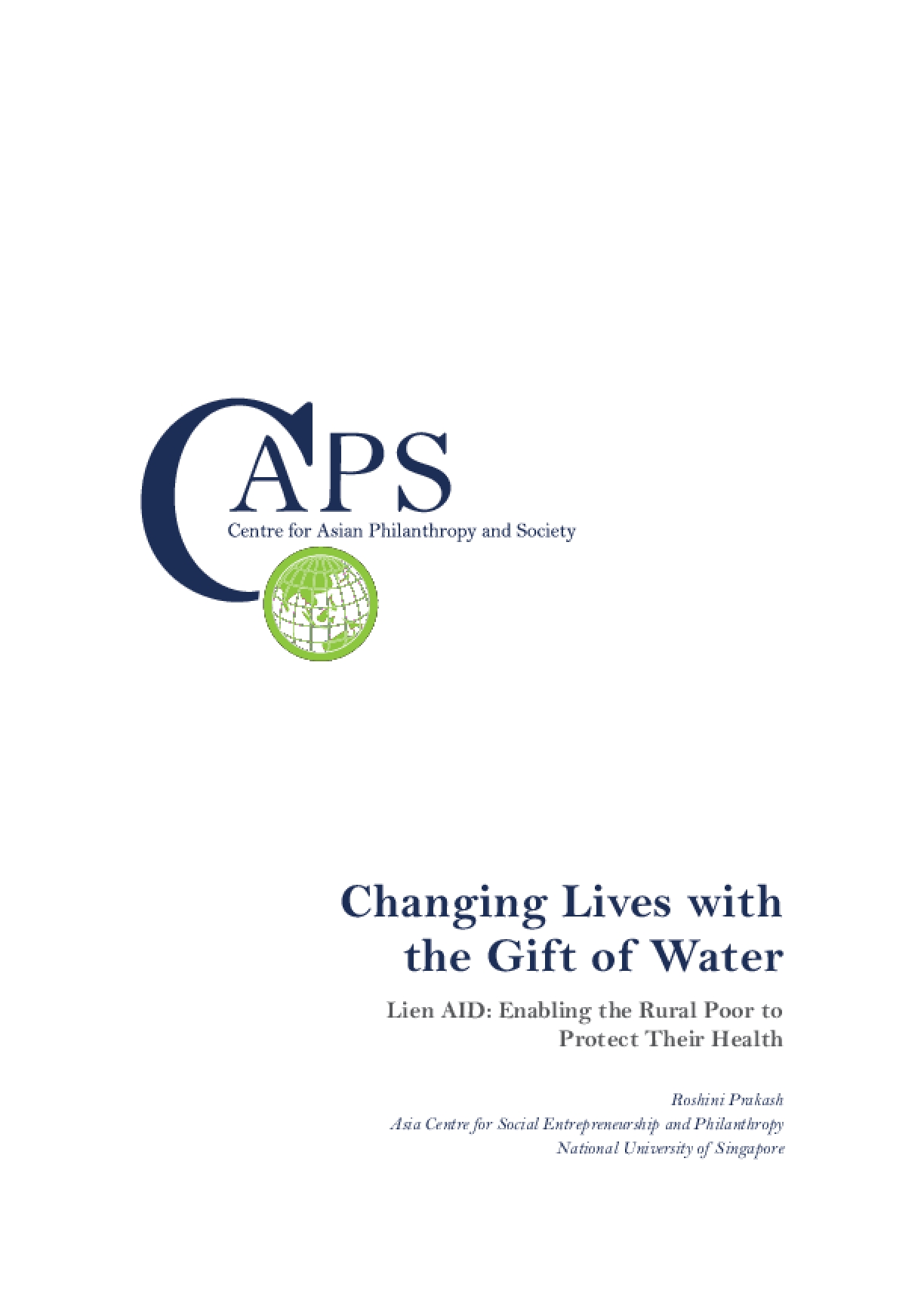