The principal supervisor job has traditionally revolved around administration, operations and compliance, but as principals have increasingly been called on in recent years to concentrate on supporting high-quality teaching, the idea of a complementary makeover of the supervisor job has gained attention. In 2014, with funding from The Wallace Foundation, six large school districts around the country embarked on a four-year, $24-million initiative to redesign the supervisor position so it focused primarily on supporting principals in their role as instructional leaders.

This report, which looks at the final year and the effects of the Principal Supervisor Initiative, concludes that the effort succeeded in changing the job so that it centered on developing and evaluating principals to help them promote effective teaching and learning in their schools. Over the course of the initiative, principals' ratings of their supervisors' effectiveness rose from 3.88 to 4.10 on a scale of 1-to-5, a statistically significant increase. Principals reported greater frequency of supervisor practices to develop school leadership—such as helping principals with data analysis, providing them with useful feedback and working with them to assess teacher effectiveness. 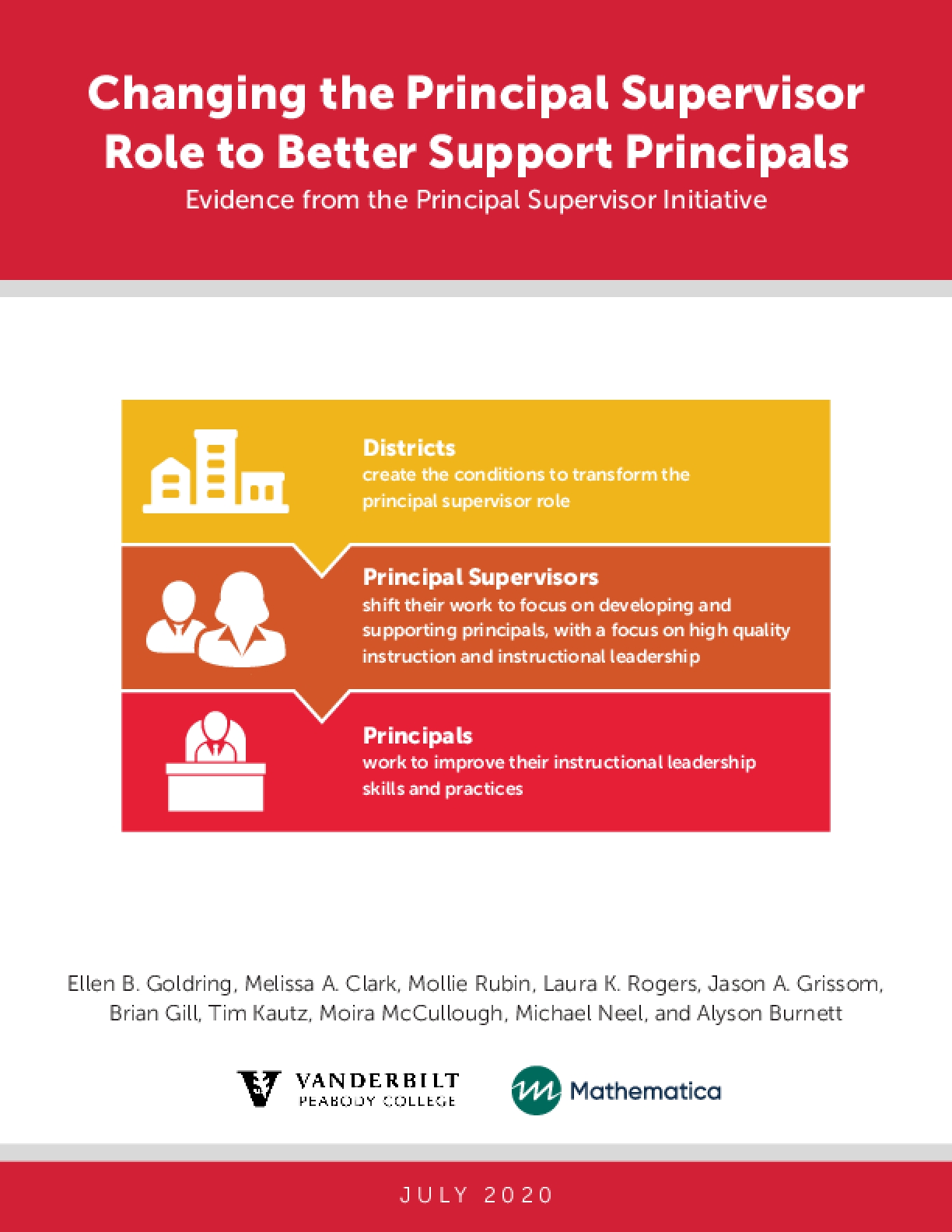