Charitable Deduction Should Be Preserved

Congress is currently considering tax changes that could substantially reduce charitable giving in the United States. One threat is a proposal from President Obama to cap the deductibility of itemized deductions by high-income taxpayers at 28 percent. A second threat is less understood – tax reform that lowers tax rates. Tax rate changes like those in the tax reform plan proposed by Rep. Paul Ryan (R-WI) would reduce the tax benefit of charitable giving even more than the proposed Obama limit on itemized giving.

Should either of these proposals be seriously considered, policymakers should examine converting the existing charitable deduction into a tax credit, thereby severing the link to tax rates and protecting the incentive for charitable giving 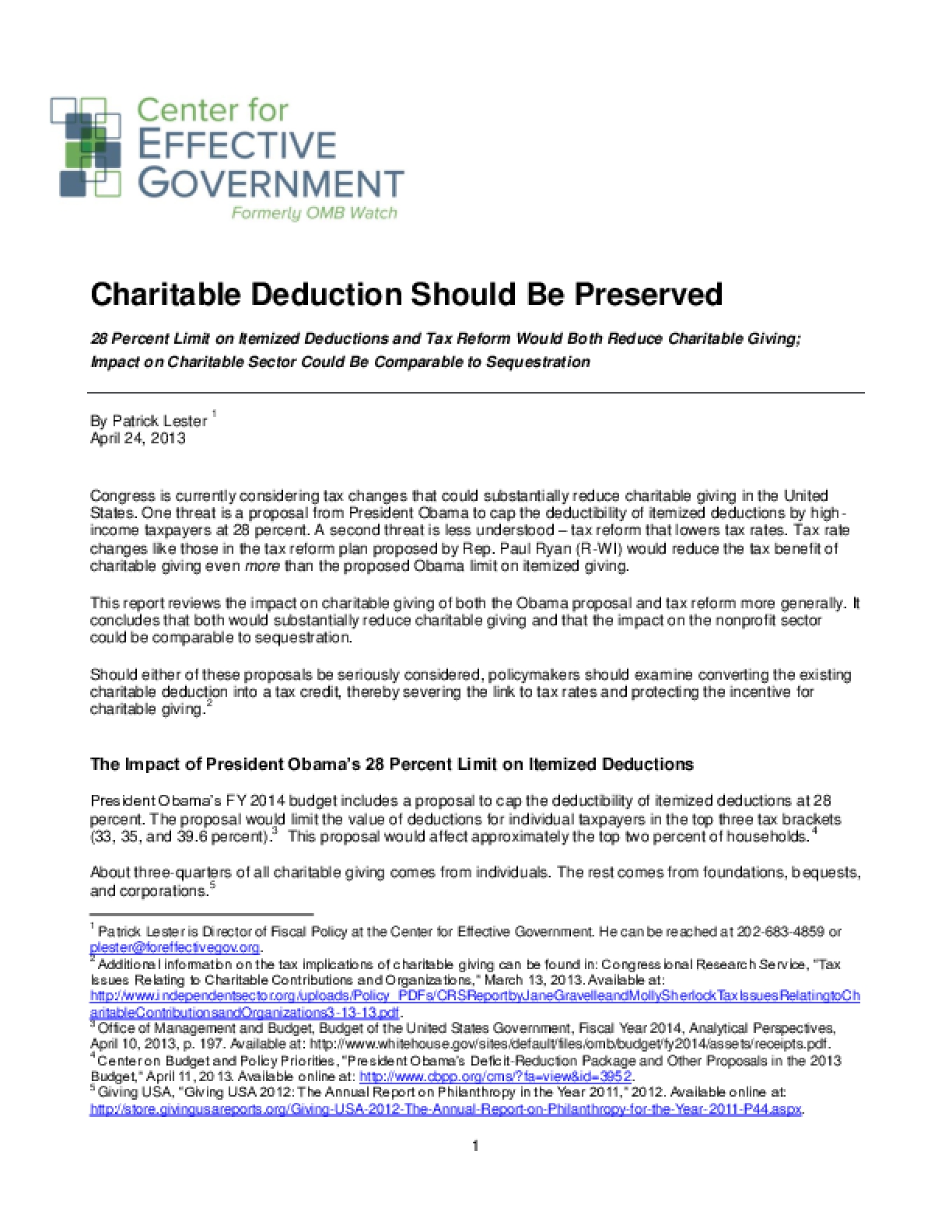