This report contributes to the discussion of charter schools by providing evidence for charter students' performance in Massachusetts for six years of schooling, beginning with the 2005-2006 school year and concluding in 2010-2011. With the cooperation of the Massachusetts Department of Education, CREDO obtained the historical sets of student-level administrative records. The support of Massachusetts DOE staff was critical to CREDO's understanding of the character and quality of the data received. However, it bears mention that the entirety of interactions with the Department dealt with technical issues related to the data. CREDO has developed the findings and conclusions independently. This report provides an in-depth examination of the results for charter schools in Massachusetts. It is also an update to CREDO's first analysis of the performance of Massachusetts's charter schools, which can be found on the organization's website. This report has three main benefits. First, it provides an updated rigorous and independent view of the performance of the state's charter schools. Second, the study design is consistent with CREDO's reports on charter school performance in other locations, making the results amenable to being benchmarked against those nationally and in other states. Third, the study includes a section on charter performance in the Boston area, where much attention has focused. The analysis presented here takes two forms. We first present the findings about the effects of charter schools on student academic performance. These results are expressed in terms of the academic progress that a typical student in Massachusetts would realize from a year of enrollment in a charter school. The second set of findings is presented at the school level. Because schools are the instruments on which the legislation and public policy works, it is important to understand the range of performance for the schools. These findings look at the performance of students by school and present school average results. 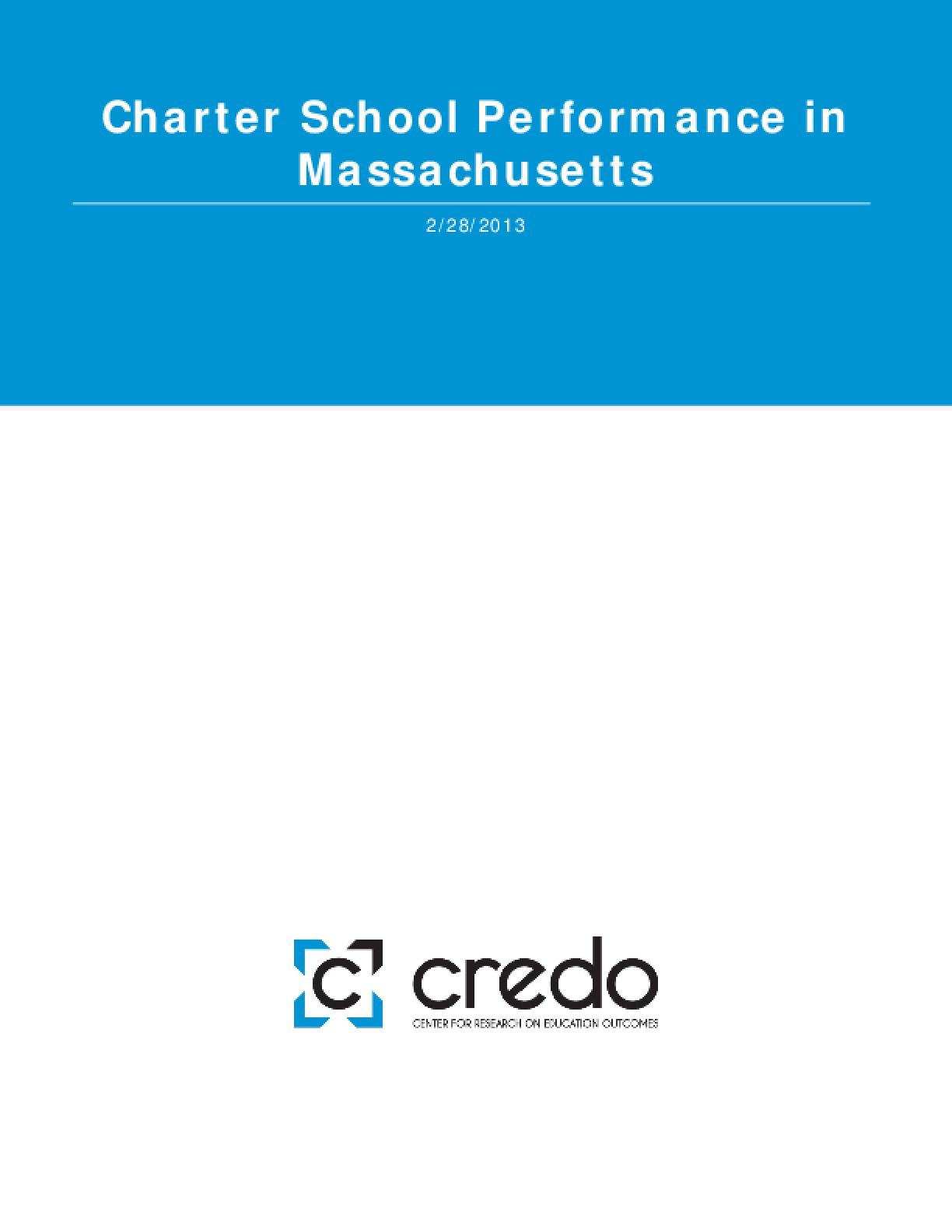