A different kind of revenue, one that has nothing to do with advertising or subscriptions, is playing a larger role in journalism today. Nonprofit funding, once largely the province of public broadcasting, is becoming an important source of support for a new cohort of non-commercial news organizations -- many of them digital natives -- and a growing number of commercial news publishers, which are partnering with nonprofit media and in some cases accepting direct grants themselves. But the ethics of taking grants from foundations and gifts from donors to produce news is still evolving and not without controversy. In New York, a major public TV station returned a large journalism grant for a documentary series because of the donor's connection to the topic being covered. In New Orleans, a nonprofit media organization's reporting about a university president may have cost the organization's its office space at the school. In Texas, a nonprofit established new transparency rules after criticism that it was not revealing enough about donors and event backers. The role of nonprofit media outlets also seems likely to grow. In Philadelphia, the new owner of city's major newspapers is transferring ownership of the publications to a new nonprofit organization, a case being closely watched to see if it might become a model. This report, by the American Press Institute, explores the ethical terrain of nonprofit journalism by examining the kinds of grants made, the nature of communication between funders and grantees, the existence of journalistic firewalls, and the prevalence of written guidelines. The report is based on two main elements: surveys of funders, nonprofit news organizations and commercial partners about a range of funding and ethical issues; and five essays commissioned by people from various media and foundation stakeholder groups that explore different areas of ethical complexity. In a second phase, the study will be followed by recommendations for ethical guidelines. 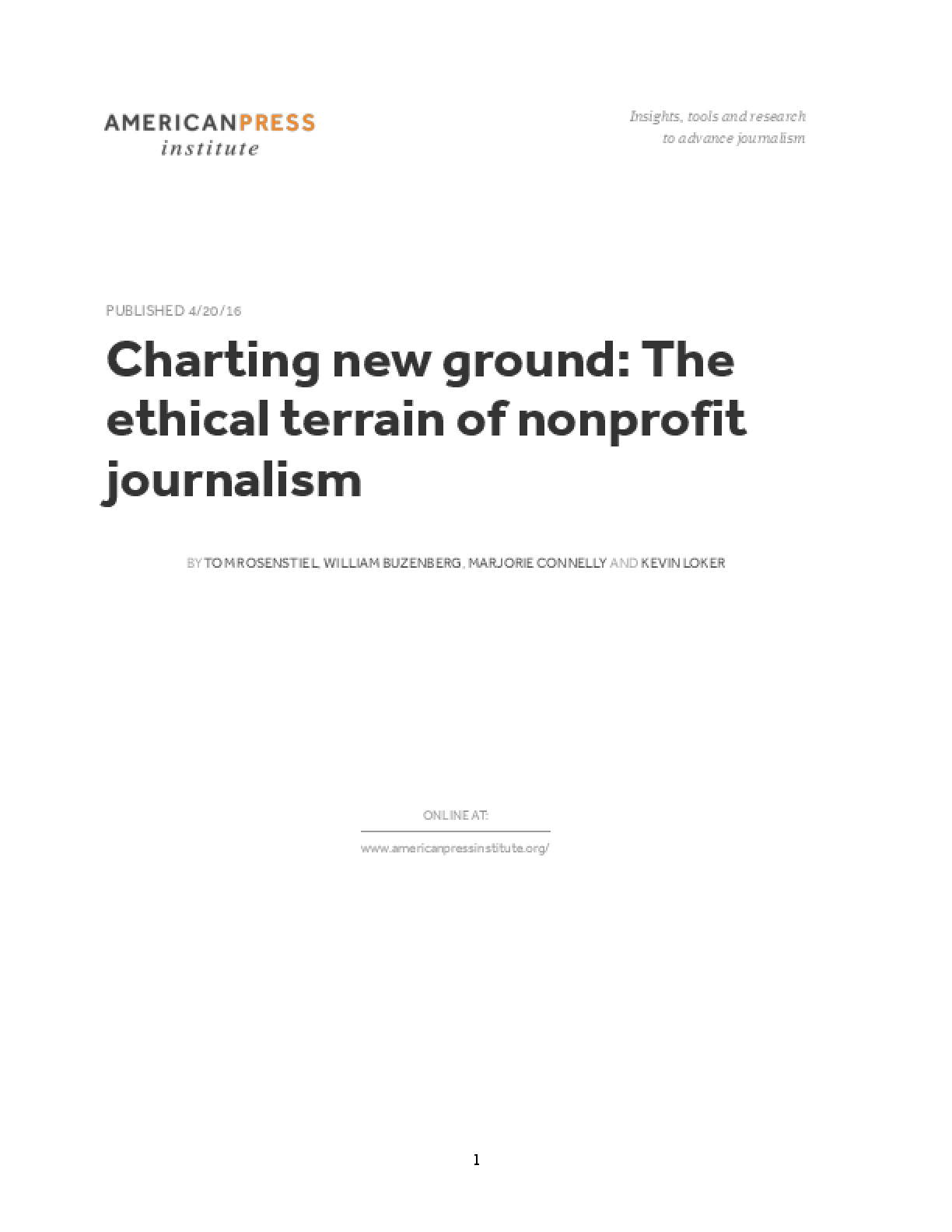