Chemical Hazards in Your Backyard: Do Your First Responders Have the Information They Need in an Emergency?

Now more than two years after the West, Texas fertilizer plant explosion, this report asks the question that haunted the community in the aftermath of the tragedy: why didn't the people who arrived to help fight the fire know that extremely flammable and explosive materials were inside?

Ten volunteer firefighters who rushed toward the fire were among the 15 killed in the explosion that followed. In addition to the deaths, the explosion destroyed three schools, a nursing home, and 37 city blocks, and over 200 people were injured. But it seems that neither the firefighters nor the town officials who approved the school sitings fully understood the risks the fertilizer storage facility presented.

Congress passed a law almost three decades ago that was designed to ensure that local communities are fully aware of hazardous substances near them and that emergency personnel know what to do in the event of a disaster like West, Texas. A few years later, an additional law required more reporting and planning. But local communities in many areas of the country still seem unaware and unprepared to deal with emergencies. As the number of chemical facilities increases and population centers expand, as plants age and inspection funds decline, the number of individual Americans at risk from toxic emissions, leaks, and explosions will grow.

This report examines the chemical reporting to states that occurs under the Emergency Planning and Community Right-to-Know Act of 1986 (EPCRA), using a sample of six states, and the reporting to the U.S. Environmental Protection Agency (EPA) that was established under the 1990 Clean Air Act amendments and the federal Risk Management Program. 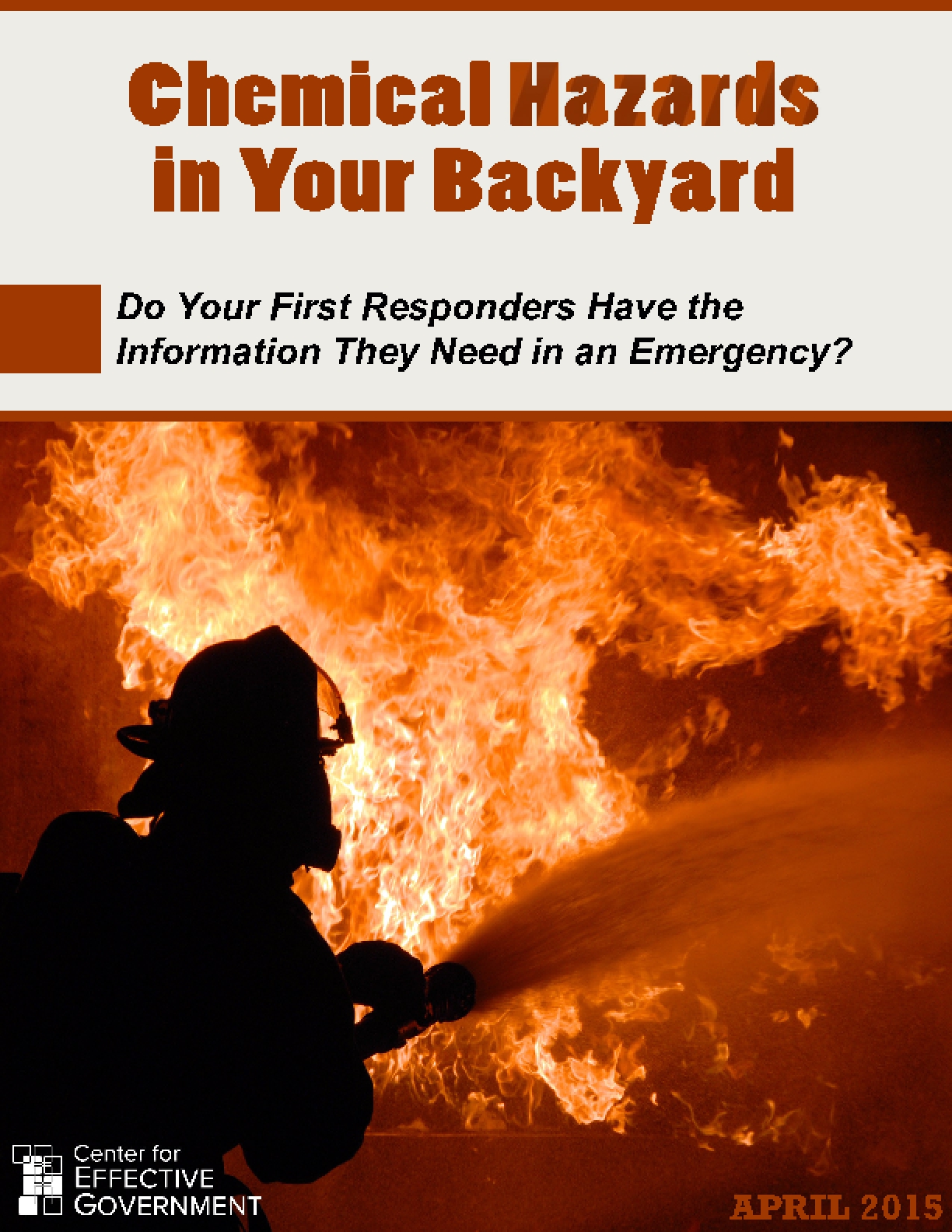