Child Care Subsidies in the Mid-Hudson Valley: An Analysis of Need, Availability and Trends

Child care is an enormous expense for families with working parents, especially those with young children not yet in school and low incomes. For example, according to New York State, a family needing full-time care for an infant under 18 months that selects a day care center can expect to pay as much as $252 a week, or nearly $13,100 a year.1 That comes close to consuming the entire paycheck of a minimum-wage worker, who will earn (before taxes) $16,640 in a year. The child care subsidy program operated by counties in New York State aims to ease that burden, helping to keep parents in the workforce and provide access to high quality care for their children. Yet in most parts of New York State, subsidies have become less available over the past several years. From 2007 to 2013, the number of subsidies dropped in 38 of New York's 57 counties outside New York City, with an average decline of 27%. CGR and the Greater Rochester League of Women Voters chose child care subsidies as the focus of our annual research effort in 2014, funded out of the Beatrice Bibby Endowment. We received additional support to conduct in-depth analyses of the Mid-Hudson Valley and Long Island from the Dyson and Rauch Foundations. This report examines availability, need, funding and policies related to child care subsidies in the Mid-Hudson Valley and New York State as a whole. 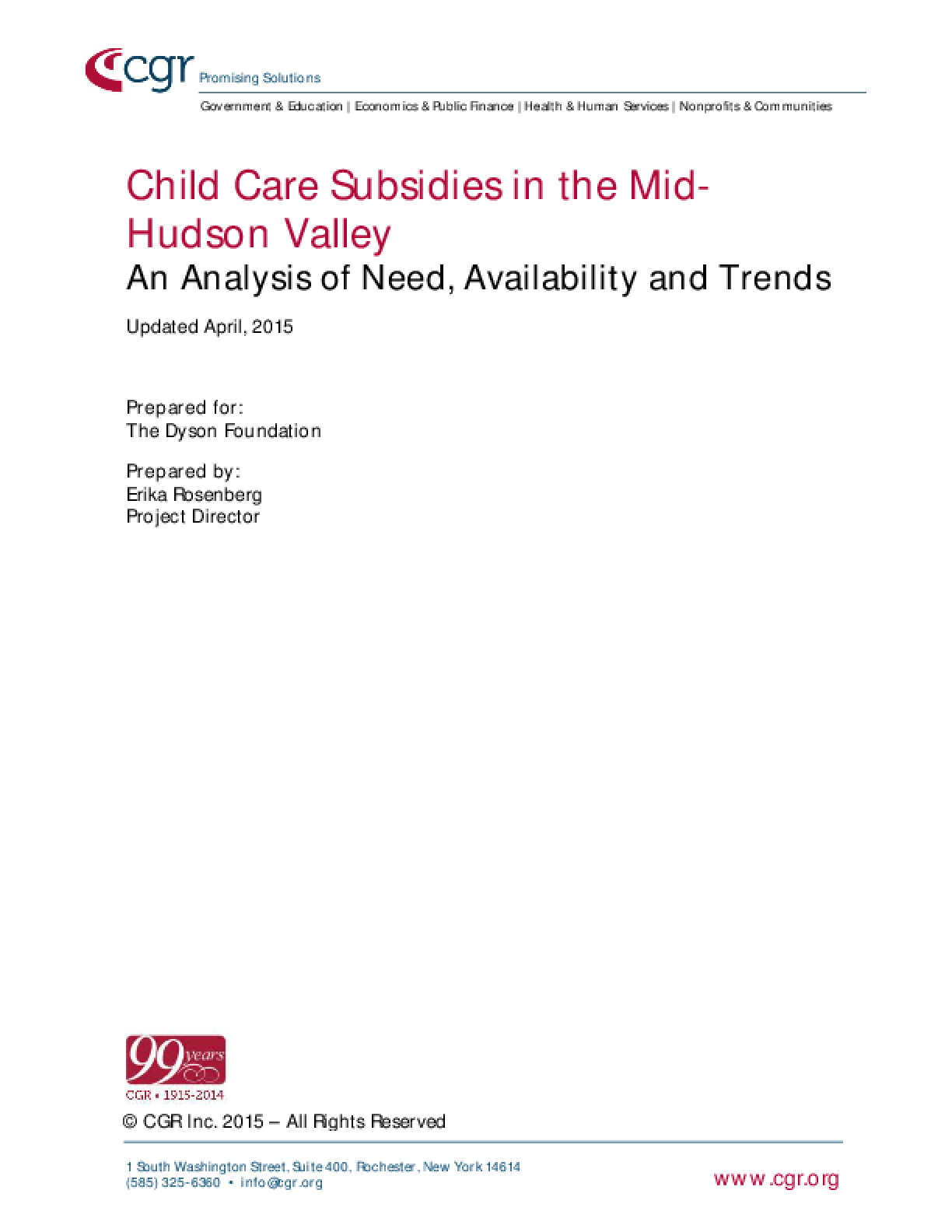