The Child Day-Care Services Study was released to the community in June 1987.  A large, enthusiastic, and active JCCI Implementation Task Force was convened shortly thereafter, which divided into subgroups to work on various aspects of the study's recommendations.  Positive steps were taken early on toward implementation of many of the specific recommendations.

The study's keystone recommendation is establishment of a private, nonprofit coordinating organization to act as an umbrella and catalyst for expansion and improvement of child day-care services in Duval County.  The 4-C Organization in Orlando was seen as a model after which to pattern a coordinating organization in Jacksonville.   One of the subgroups began working toward development of this organization, including making a visit to Orlando.  However, in September 1987, the newly elected mayor of Jacksonville, Tommy Hazouri, made clear in his address to JCCI's annual meeting that he desired and intended to implement the study's major recommendations through the City's Child Services Division.  He requested a two year period to demonstrate the City's commitment to child care in relation to the study's recommendations. 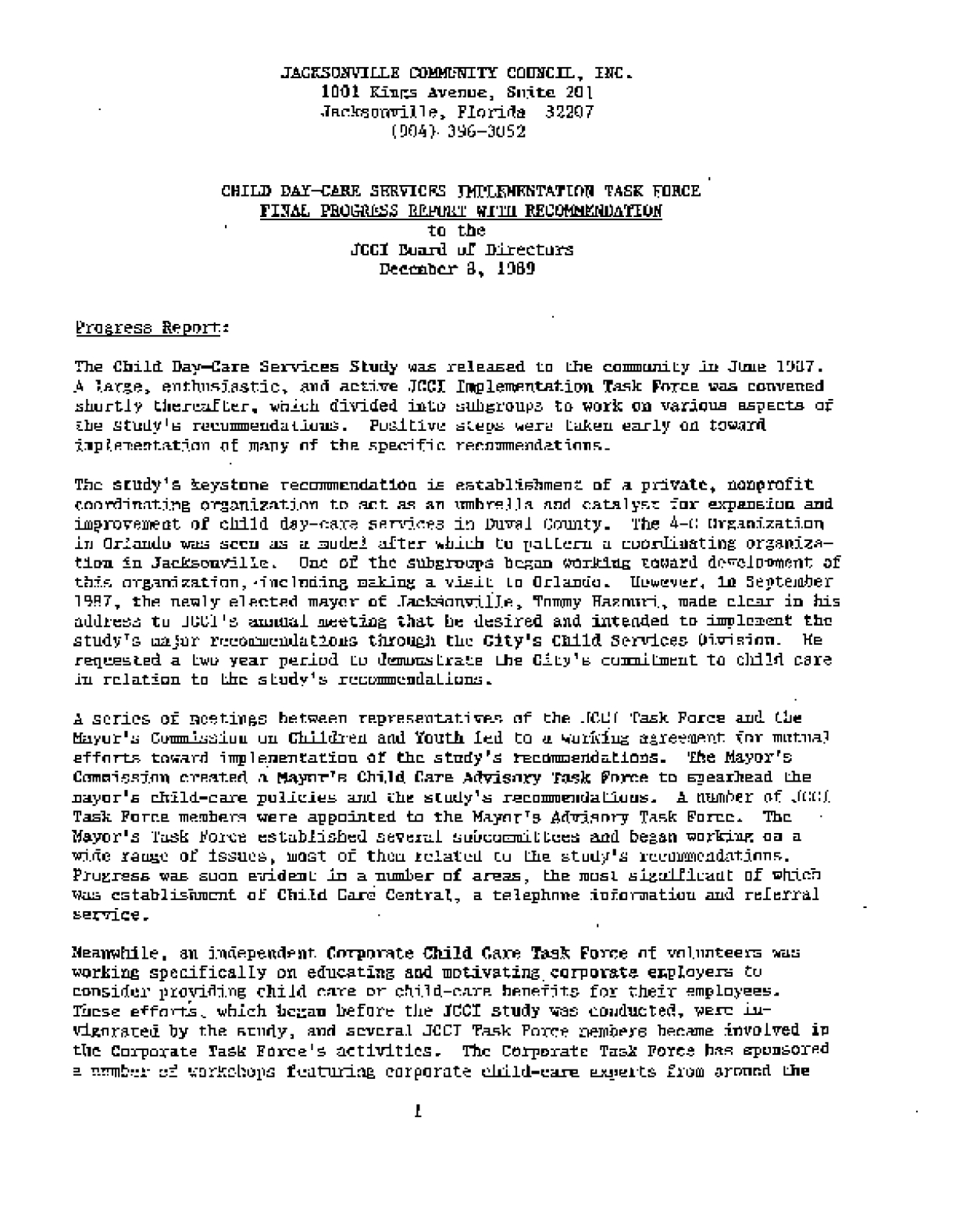