In the United States today, nearly 13 million children face hunger. While hunger is harmful to everyone, it can be especially devastating to children because of its potential for long-term consequences.

*Twenty percent or more of children in 22 states and DC lived in food-insecure households in 2015 according to the most recent data available.

*In 2015, the top five states with the lowest rates of food-insecure children were North Dakota, New Hampshire, Massachusetts, Minnesota and Virginia. 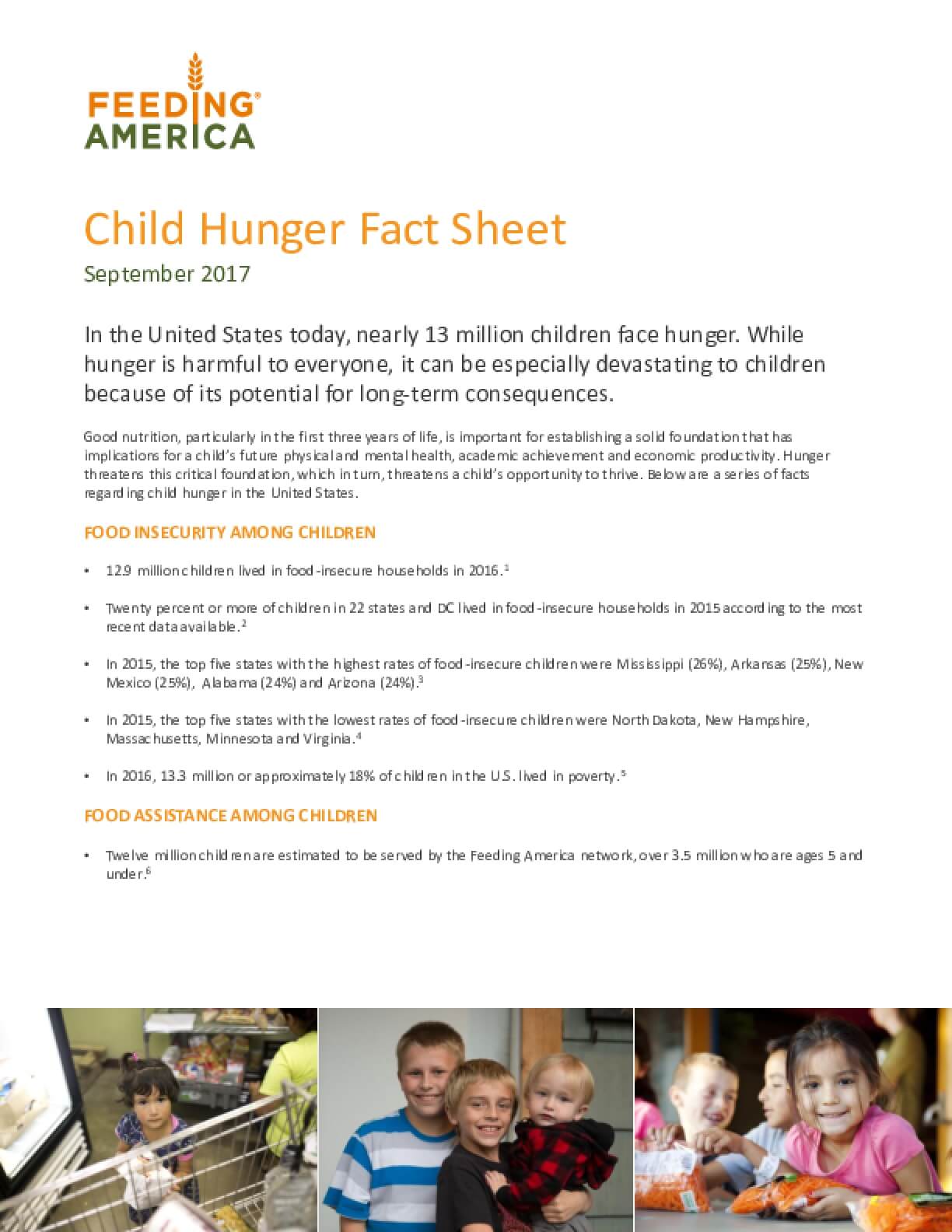