The child poverty rate fell to a record low of 15.6 percent in 2016, a little more than half its 1967 level of 28.4 percent.  This finding emerges from a new poverty series we have developed that combines the Census Bureau's poverty data for 2016 with long-term poverty data compiled by Columbia University researchers.  The new poverty series relies on the federal government's Supplemental Poverty Measure (SPM), a comprehensive yardstick that most analysts believe provides a more accurate assessment of the resources available to low-income households to meet basic needs than the "official" poverty measure does.  That's because the SPM counts the income that the Supplemental Nutrition Assistance Program (SNAP, formerly known as the Food Stamp Program), rental subsidies, and other federal non-cash benefits and refundable tax credits provide, while the "official" poverty measure ignores such benefits. 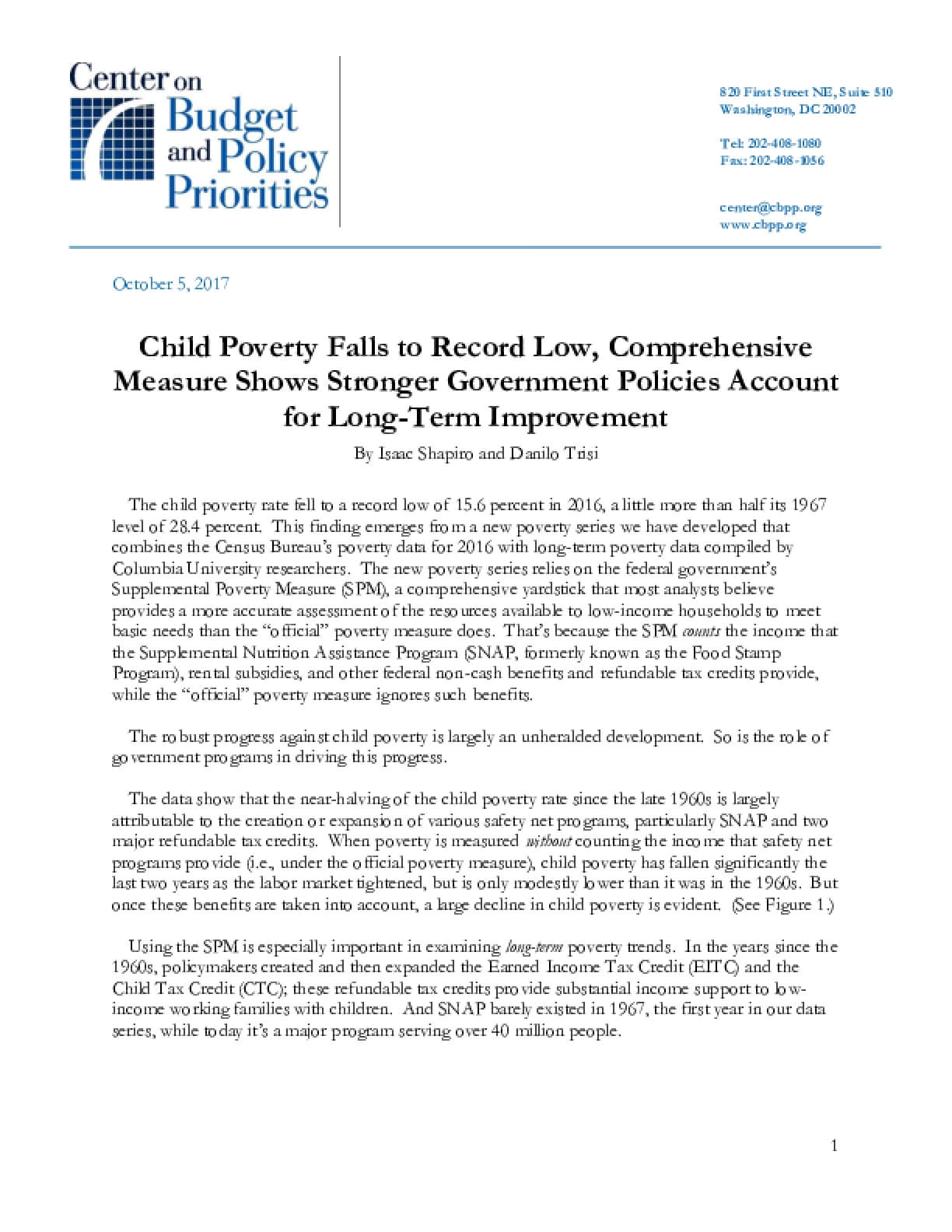