On Aug. 28, 2007, new data from the U.S. Census Bureau's American Community Survey show that 22 percent of rural children are living in poverty, up from 19 percent in 2000. On average, rates are highest in the nonmetropolitan South (27 percent) and have climbed the most in the nonmetropolitan Midwest (by 3.9 percentage points). The child poverty rate is the most widely used indicator of child well-being because poverty is closely linked to undesirable outcomes in areas such as health, education, emotional welfare, and delinquency. 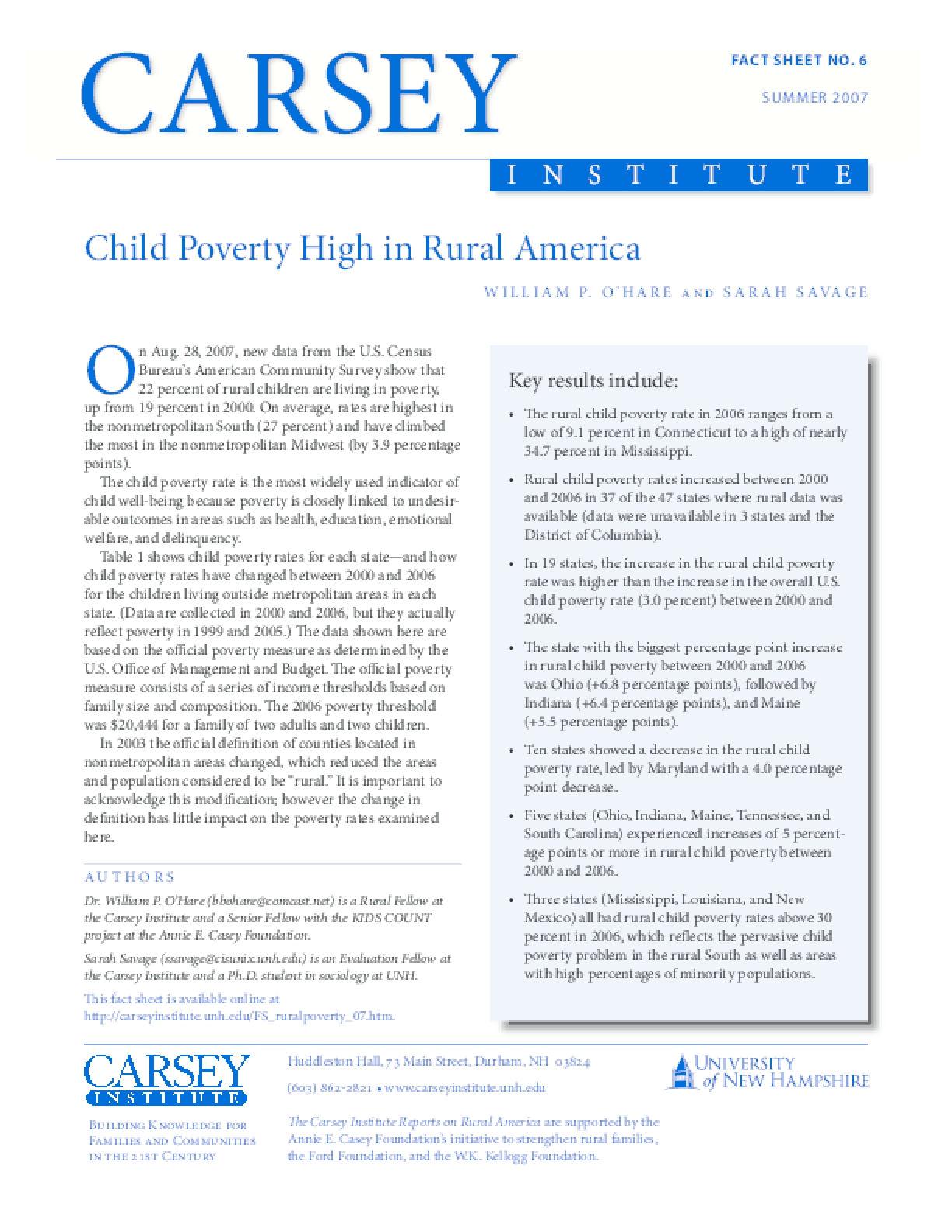