This Children and Youth Funding Update offers a brief examination of the growth and distribution of foundation funding to improve the lives of children and youth from the mid-1990s through the beginning years of the new millennium. Between 1996 and 2001 U.S. grantmaking foundations directed an estimated $4.46 billion specifically to benefit children and youth in 2001, more than double the $2.09 billion reported for 1996. Growth in support for children and youth exceeded overall gains in giving in the last five years (113.0 percent vs. 109.3 percent). Adjusted for inflation, giving for children and youth rose by close to nine-tenths since 1996 -- up 87.7 percent or 13.4 percent per year. A strong economy, a booming stock market, and record levels of foundation creation contributed to dramatic growth in foundation giving overall between 1996 and 2000. Despite the stock market decline in late 2000, the onset of a recession in early 2001, and the 9/11 attacks, support for children and youth continued to grow through 2001. While grantmakers steadily increased the share of giving they provided to serve children and youth throughout the 1990s, funding by a few new and newly large foundations, such as the Bill & Melinda Gates Foundation (WA), David and Lucile Packard Foundation (CA), California Endowment (CA), and Ford Foundation (NY) helped to further boost giving in the first two years of the new century. 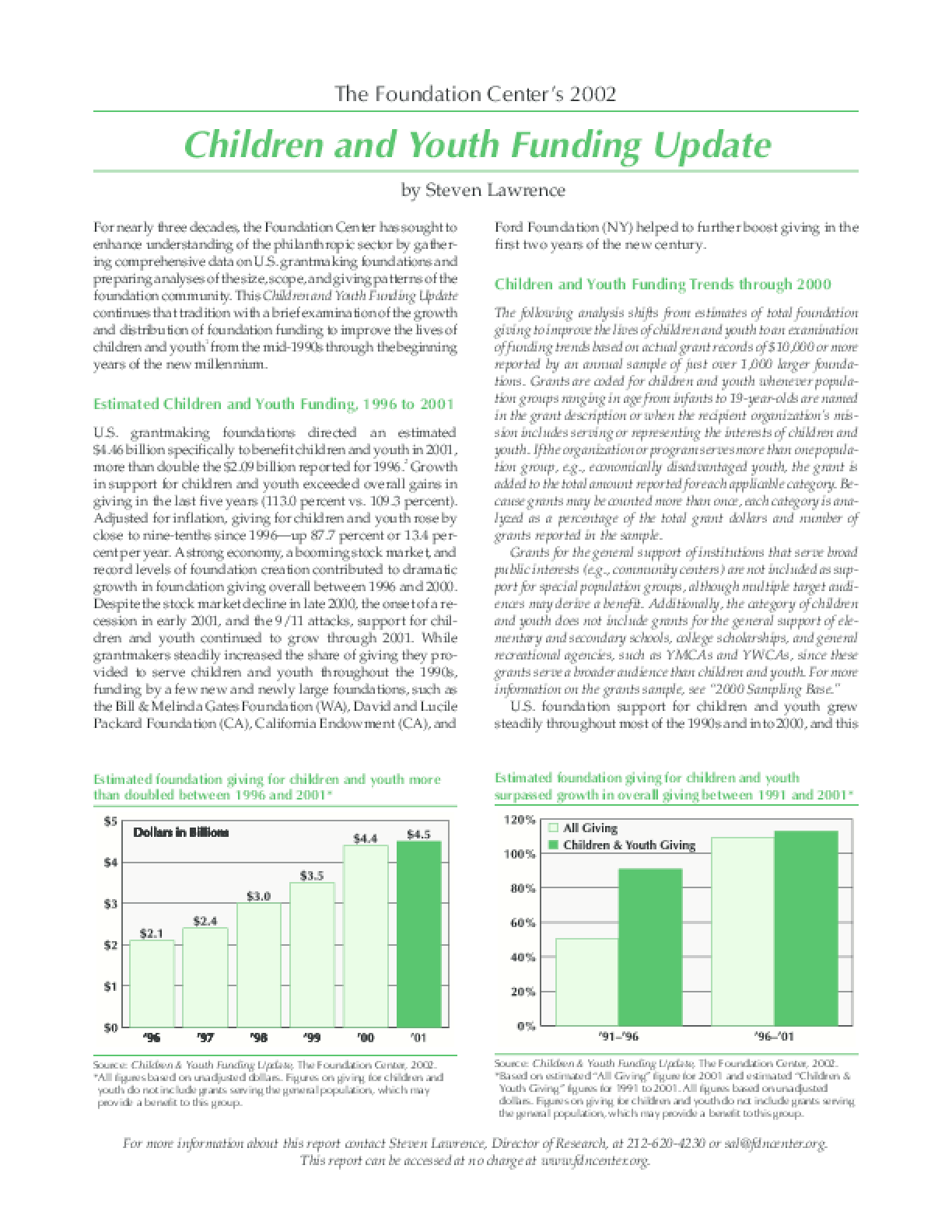