Children of immigrants are the fastest growing child population in the United States. More than 20 percent of children under age six have immigrant parents; approximately 93 percent of these children are American citizens.Of the children who are non-citizens, two-thirds will grow up to become citizens, playing a critical role in our nation's future. 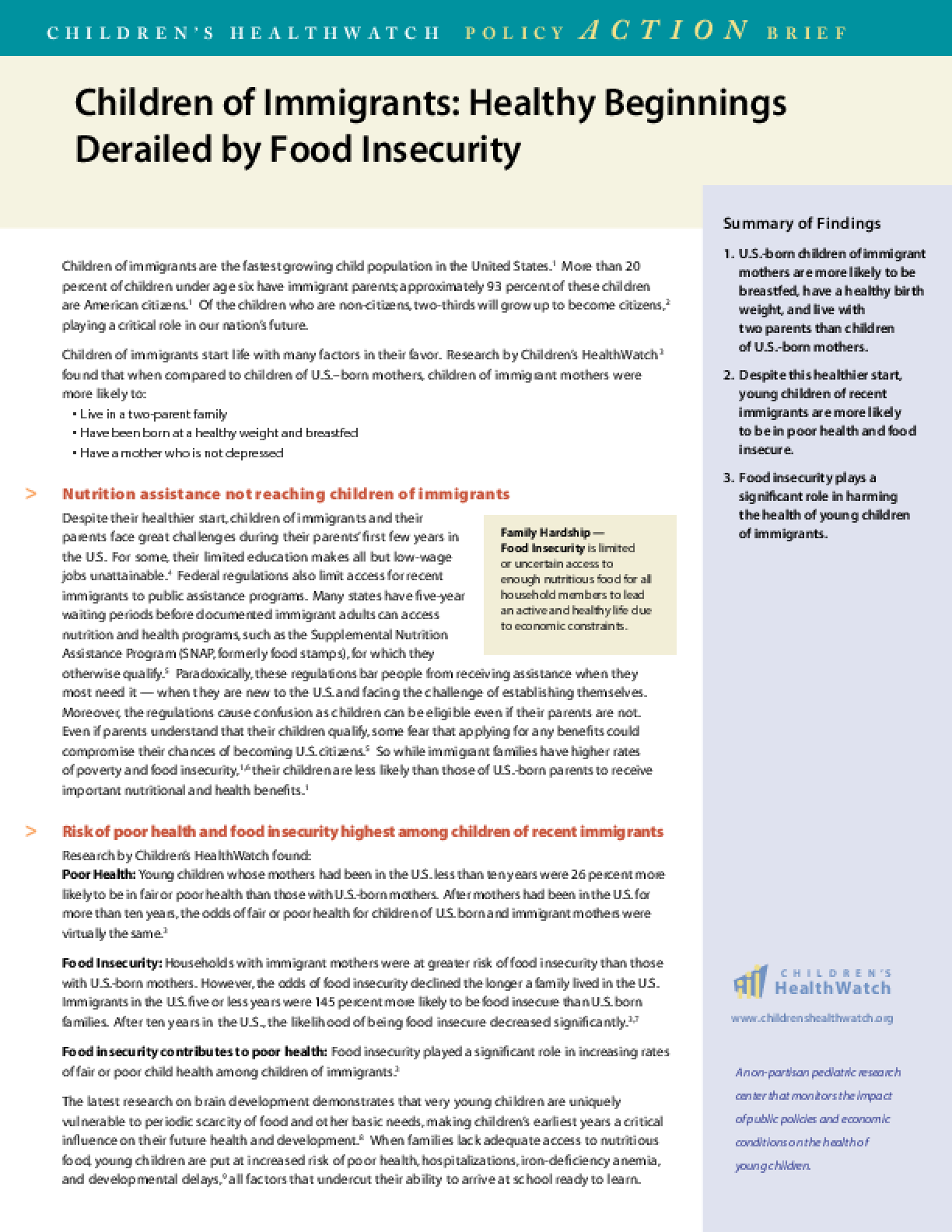