Children's Health Spending: 2010-2014 examines spending on health care for children covered by employer-sponsored insurance from 2010 to 2014. For the first time, HCCI analyzed children's health care spending trends at the state level, reporting on Arizona, Connecticut, Florida, Illinois, Maryland, Ohio, Texas, Virginia, and Wisconsin, as well as the District of Columbia. 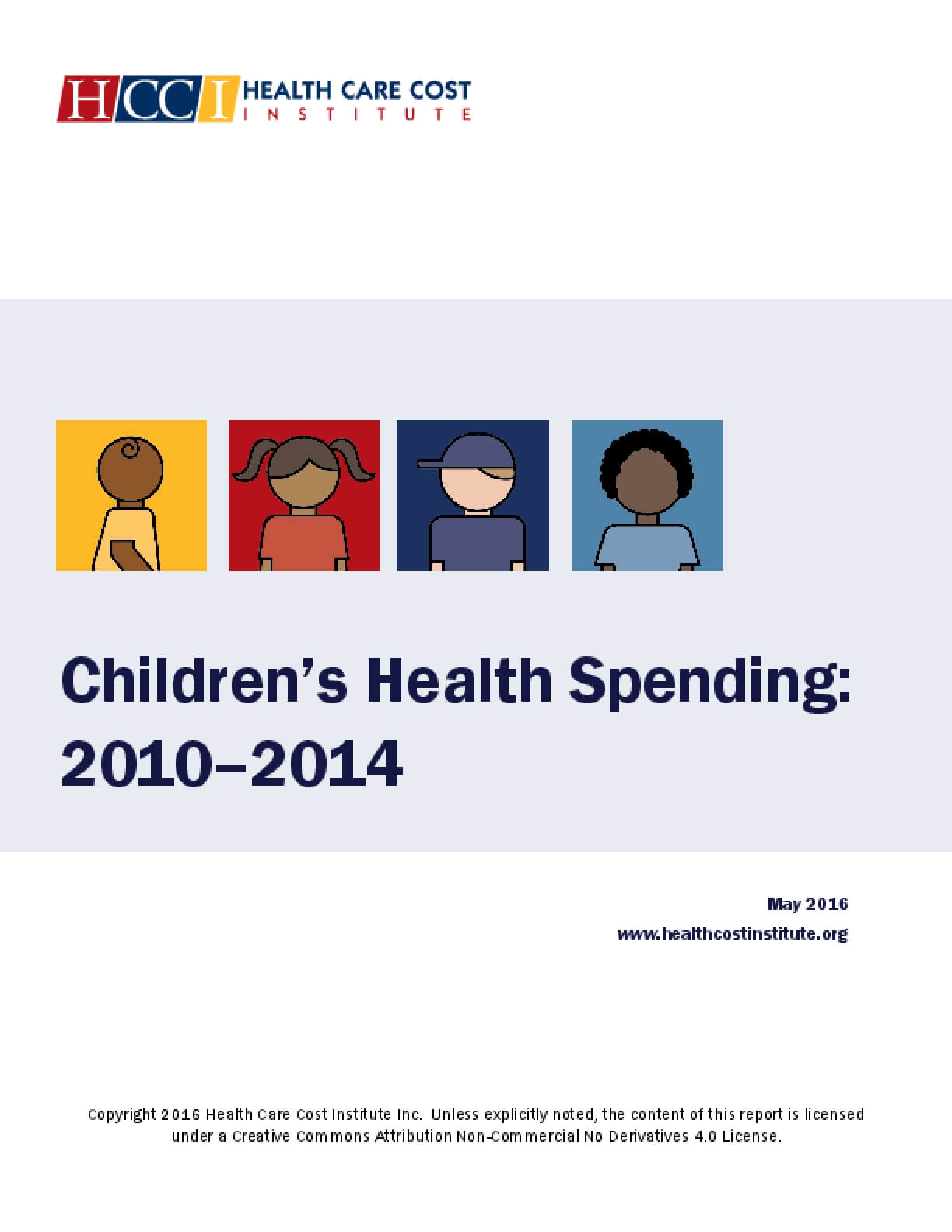