China and the African State: Evidence from Surveys, Survey Experiments, and Behavioral Games in Liberia

What are the effects of Chinese investment and development projects on the perceived legitimacy of African states? In recent years, China has dramatically increased the size and scope of its aid to and investment in sub-Saharan Africa; the differences in China's approach to aid, compared to the Western model, have ignited debate about whether Chinese aid negatively affects governance and government legitimacy in the recipient country. In this paper, a research team led by The College of William and Mary tested this proposition in rural and urban Liberia. The research combined a public opinion survey; a survey experiment presenting one of three vignettes describing the roles of Chinese aid, US aid, or the Liberian government in service provision and corruption in Liberia; and an experimental game that measured how voluntary tax compliance—a standard measure of government within the academic literature—was affected by exposure to one of the same three vignettes. Both survey experiment and experimental games included a control group, for participants who were not read a vignette, and the vignettes were identical except for the name of the actor (China, US, or the Liberian government). Key findings from this pilot study include: 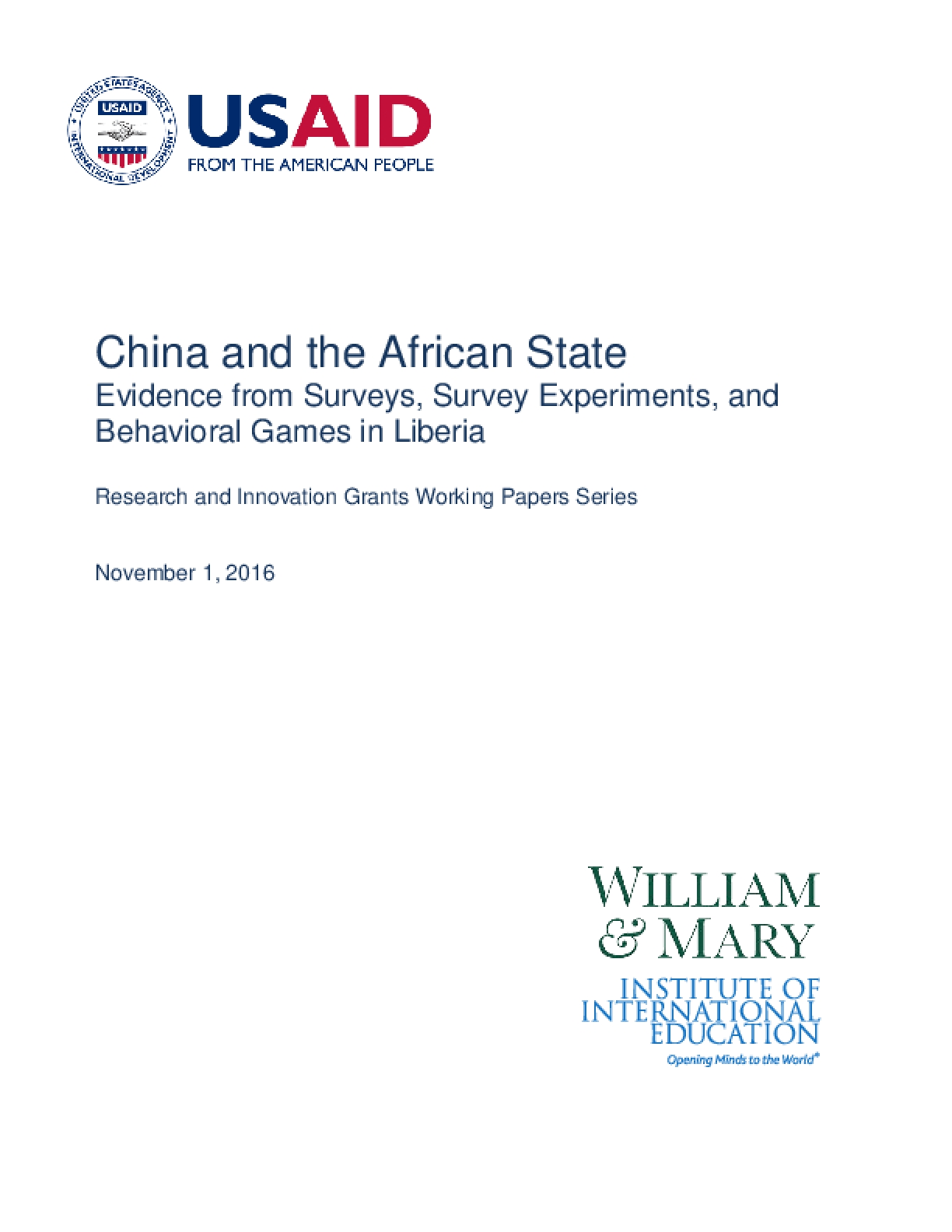