ICNL's China Philanthropy Law Report explores the current state of laws and regulations affecting philanthropy. Philanthropy has a rich and varied history in China, but a complicated legal framework. Since the establishment of the People's Republic of China (PRC) in 1949, China's legal framework has mainly followed the civil law tradition. The environment for philanthropy evolved somewhat in the 1980s and 1990s but remained controlled and shaped by government policies, priorities, and institutions. This changed in the early 2000s, with the mushrooming of private foundations and the rapid growth of more independent grassroots nonprofits and community-based organizations. The full report unpacks this history and the present-day environment of philanthropy law in China. 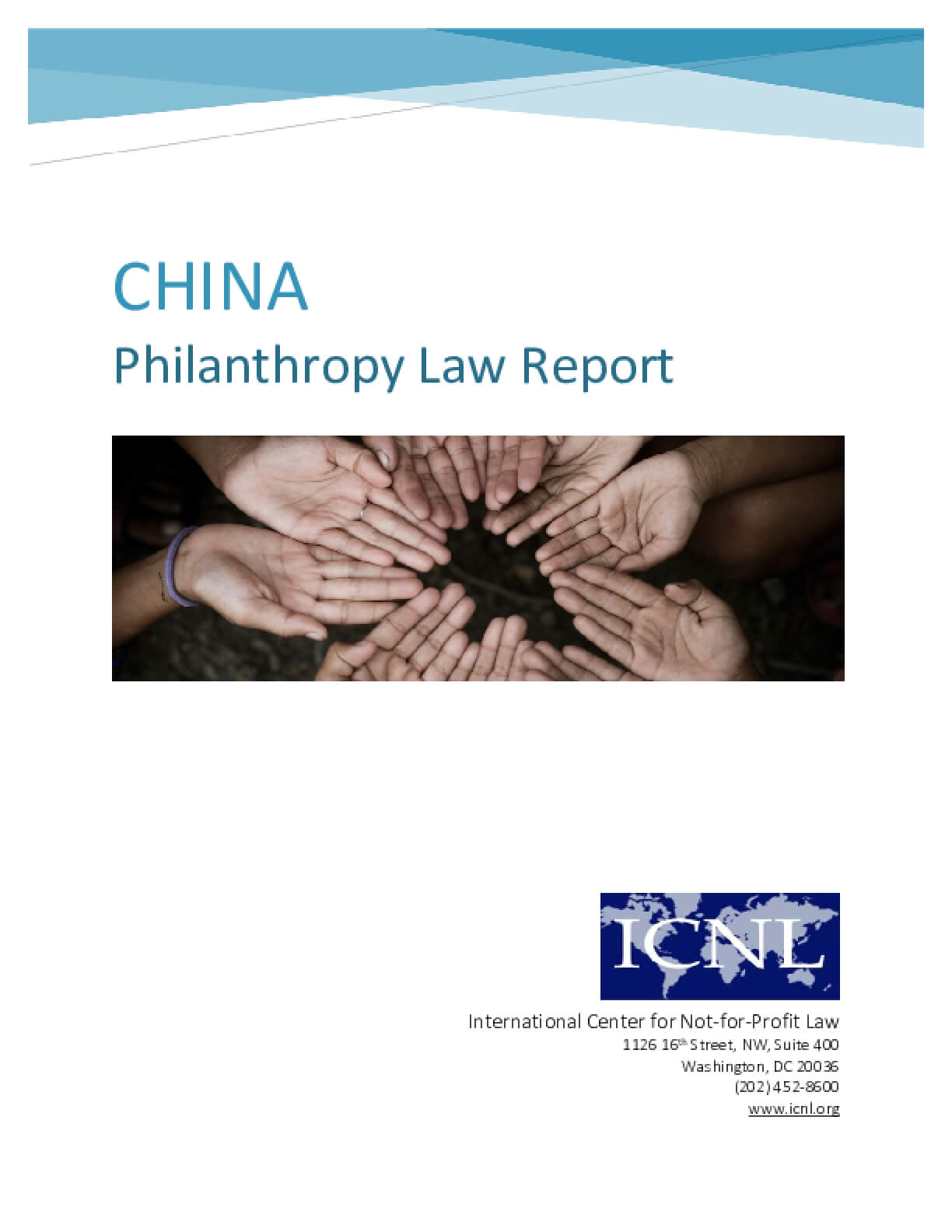