This brief report summarizes the initial key findings of a recently launched China Philanthropy Project at Harvard Kennedy School's Ash Center for Democratic Governance and Innovation. In the summer of 2015, our team began collecting data relating to major domestic philanthropic donations in China from September 2014 to August 2015. We sought to identify the 100 top donors in China, their professional background (real estate, manufacturing, etc.), type of giving (cash, stock, etc.), cause(s) supported (education, environment, etc.), vehicle of support (direct donation, donation through another foundation, etc.), origin and destination of giving, and type of recipient organization to which they gave. These 100 individuals accounted for $3.8 billion of both pledges and donations in the one-year period, which accounted for about 0.03% of China's 2014 GDP, and their actual giving equaled just under one-quarter of total national giving that year. In the event that top donations were given by a private company, the founder of that corporation is listed as the donor, given the level of control such founders exercise over private companies in China. In the event that top donations were given by a publicly listed company or corporate foundation, whose ownership structure can therefore be confirmed, the controlling shareholder is listed as the donor. While Forbes, Hurun, and other organizations have compiled data related to China's "rich lists," and academic institutions such as Johns Hopkins have built useful comparative indices related to giving and volunteering, we thought an interactive research platform was needed to think about definitions of generosity and the geography of giving in the Chinese context. The resulting maps, donor database, "Top 10" lists, and key findings serve as the beginning of such a user-focused platform. The website also features social media and feedback/inquiry e-mail buttons for visitors to share thoughts on how to improve and expand the site, identify errors, and share the findings. Our early work has identified several broad patterns, and therefore a host of new questions that will frame subsequent waves of more in-depth research in the coming years. 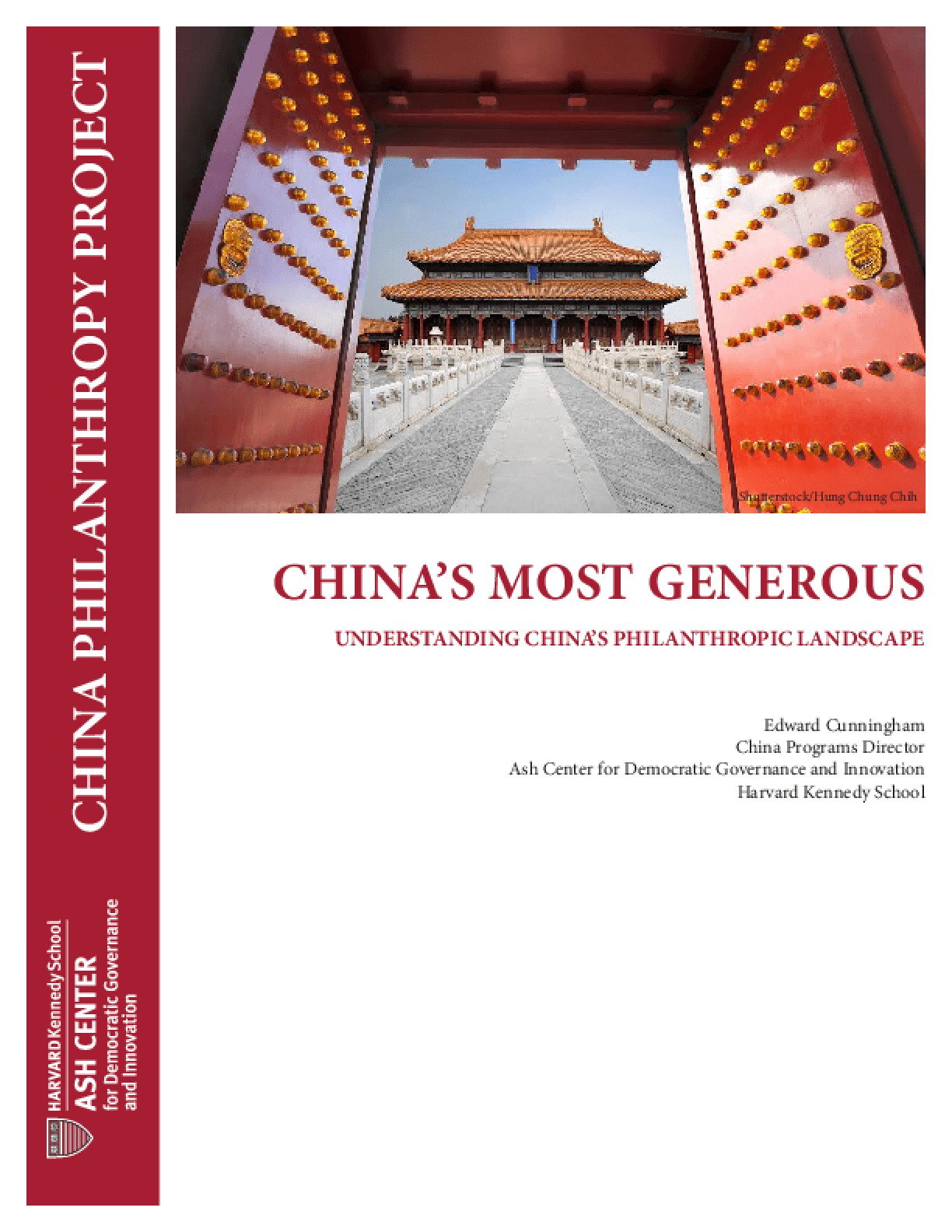