Chronic Violence: Beyond the Developments

As part of its ambitious Plan for Transformation, the Chicago Housing Authority (CHA) demolished thousands of distressed public housing apartmentsin high-rises that all but defined entire neighborhoods on Chicago's South and West sides. As the CHA moved forward with the Plan, it encountered serious challengeswith resident relocation. In response to these issues and pressure from advocates and researchers, the agency established relocation and case management services for residents, first through the Service Connector and then through FamilyWorks. As it became clear that some residents would require more help than its basic programscould provide, the CHA began collaborating with the Urban Institute and two service providers to test the feasibility of a more intensive case management program. The Chicago Family Case Management Demonstration began in 2007 and provided residents from two of CHA's remaining developments with wraparound services, including case management, transitional jobs, literacy training, and relocation counseling. After five years of tracking participants, many have experienced employment and health gains, improved housing and neighborhood conditions, and reduced levels of depression, worry, and anxiety Although CHA families' overall quality of life has improved and the Demonstration showed promising improvements for even the highest risk adults, none of these changes appear to have affected the life trajectories for their children and youth. This brief reports the long-term outcomes for participants in the Chicago Panel Study (Panel Study) and the Chicago Case Management Demonstration (Demonstration). In each study, we asked parents about one or two "focal children" per household. 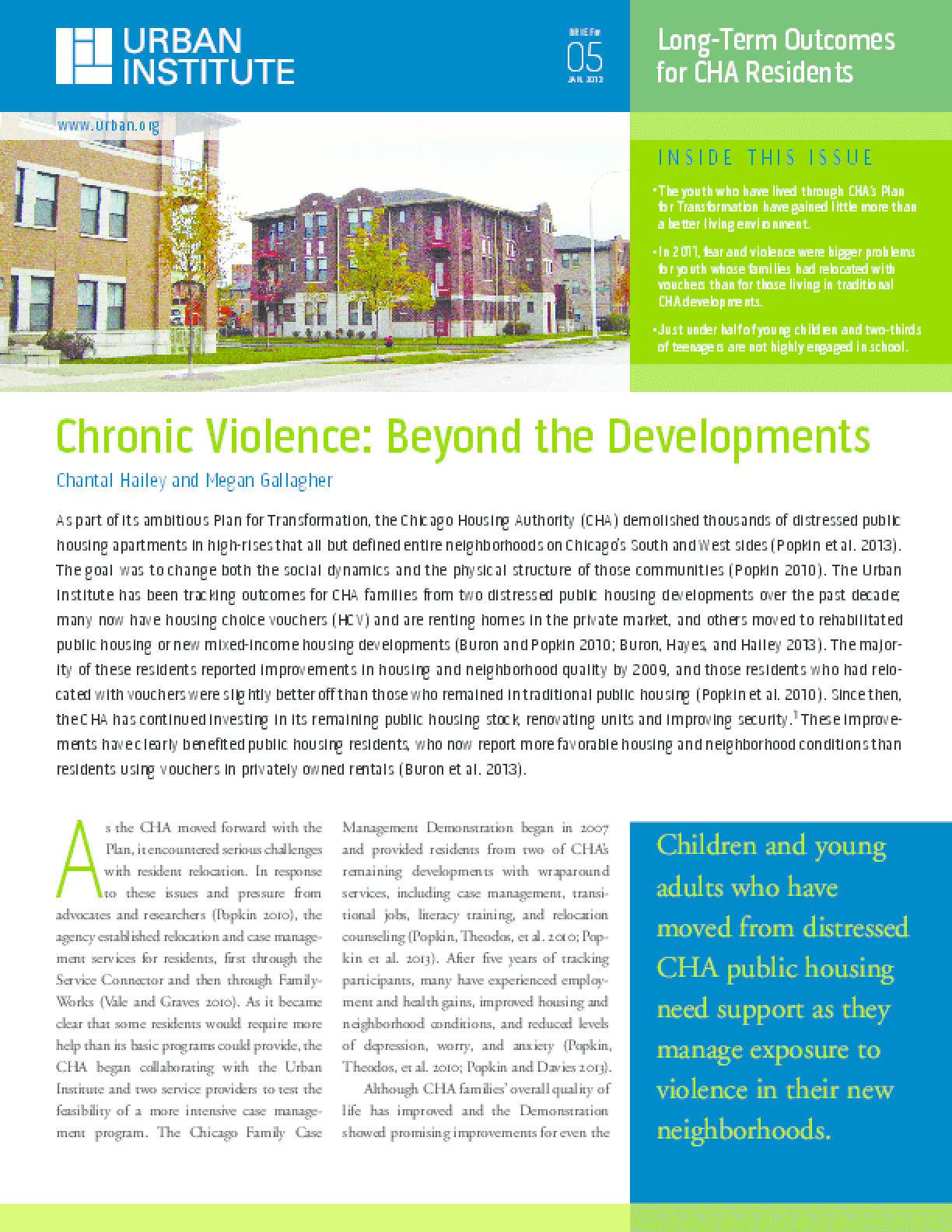