Thirty cities at the center of the nation's most populous metropolitan areas faced more than $192 billion in unpaid commitments for pensions and other retiree benefits, primarily health care, as of fiscal 2009. These cities had a long-term shortfall of $88 billion for pensions and $104 billion for retiree health care and other non-pension benefits. 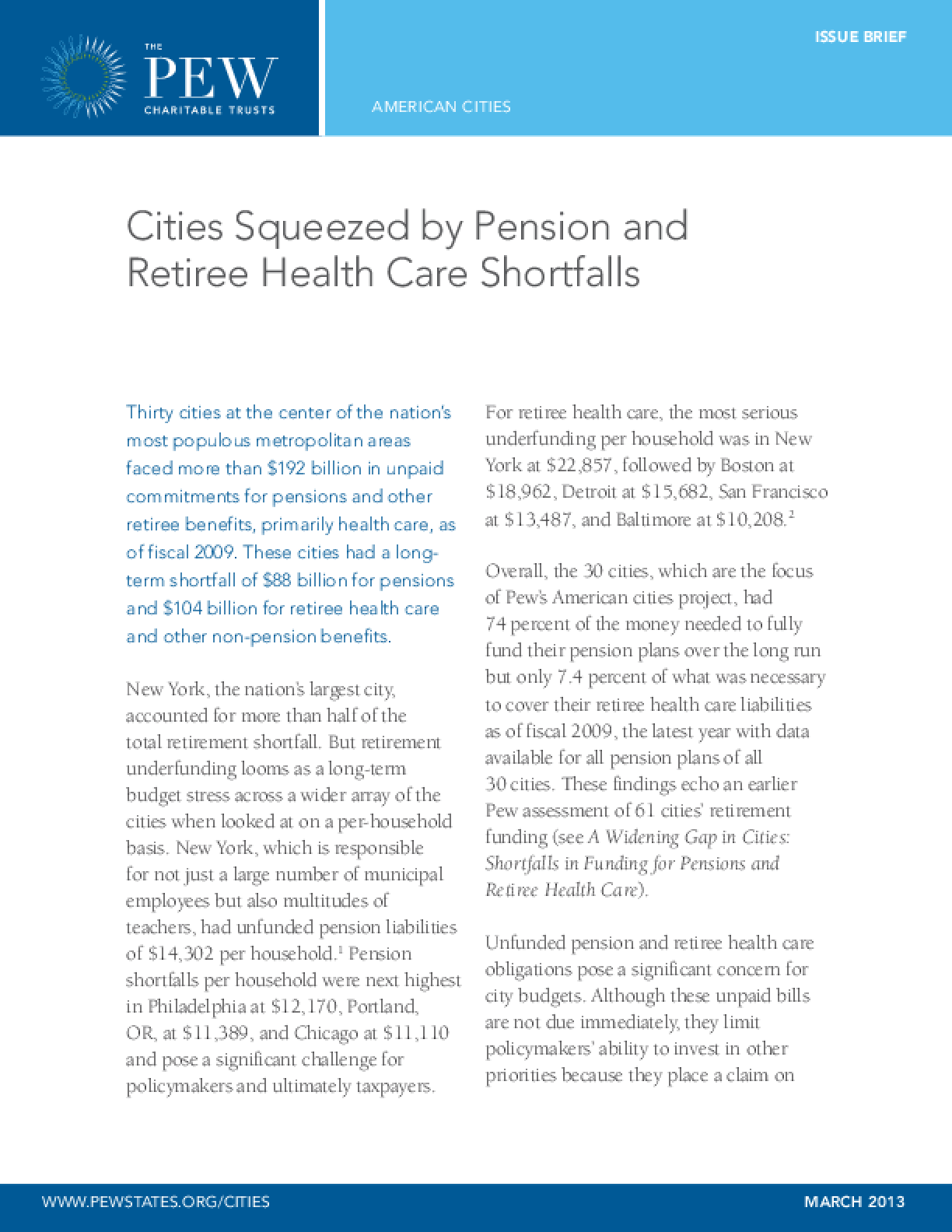