The report is anchored in an annex that examines how cities round the world have in practice acquired water. While direct conflicts between urban and rural interests characterize some of the case studies presented (Ta'iz in Yemen being an extreme example), the empirical evidence suggests that, by-and-large, cities have been able to obtain supplies, often at greater cost than is necessary but without significantly compromising their ability to expand and prosper, even in most inauspicious locations. Where citizens face shortages or any other water problem, the report argues that this is predominantly due to development and financing constraints rather than to water shortages as such. Under conditions of scarcity, any transfers to cities will probably have some adverse impact on agriculture. However, the volume transferred is typically small and, though important social and equity issues arise, it is argued that farmers can often adjust. And where the environment is adversely affected by human impacts, this is predominantly an issue between the environment and agriculture and not between the environment and cities, at least in regard to water quantity. The section titled "Urban Water Scarcity and Its Links to Irrigation" sets the scene by reviewing what is meant by urban water scarcity and its links to irrigation, investigating its physical, political and economic dimensions. The section titled "Intersectoral Transfers" categorizes different types of transfers and transfer mechanisms. In the light of this typology, the section titled "Intersectoral Water Transfers in Practice" discusses how transfers are effected in practice with reference to the empirical evidence in the annex. The section titled "Are Urban Uses Constrained by Agriculture?" seeks to answer the question: are urban uses in practice constrained by agriculture. And, finally, the section titled "Where Are We Heading?" discusses some ways ahead and the conclusion summarizes the report's main findings. 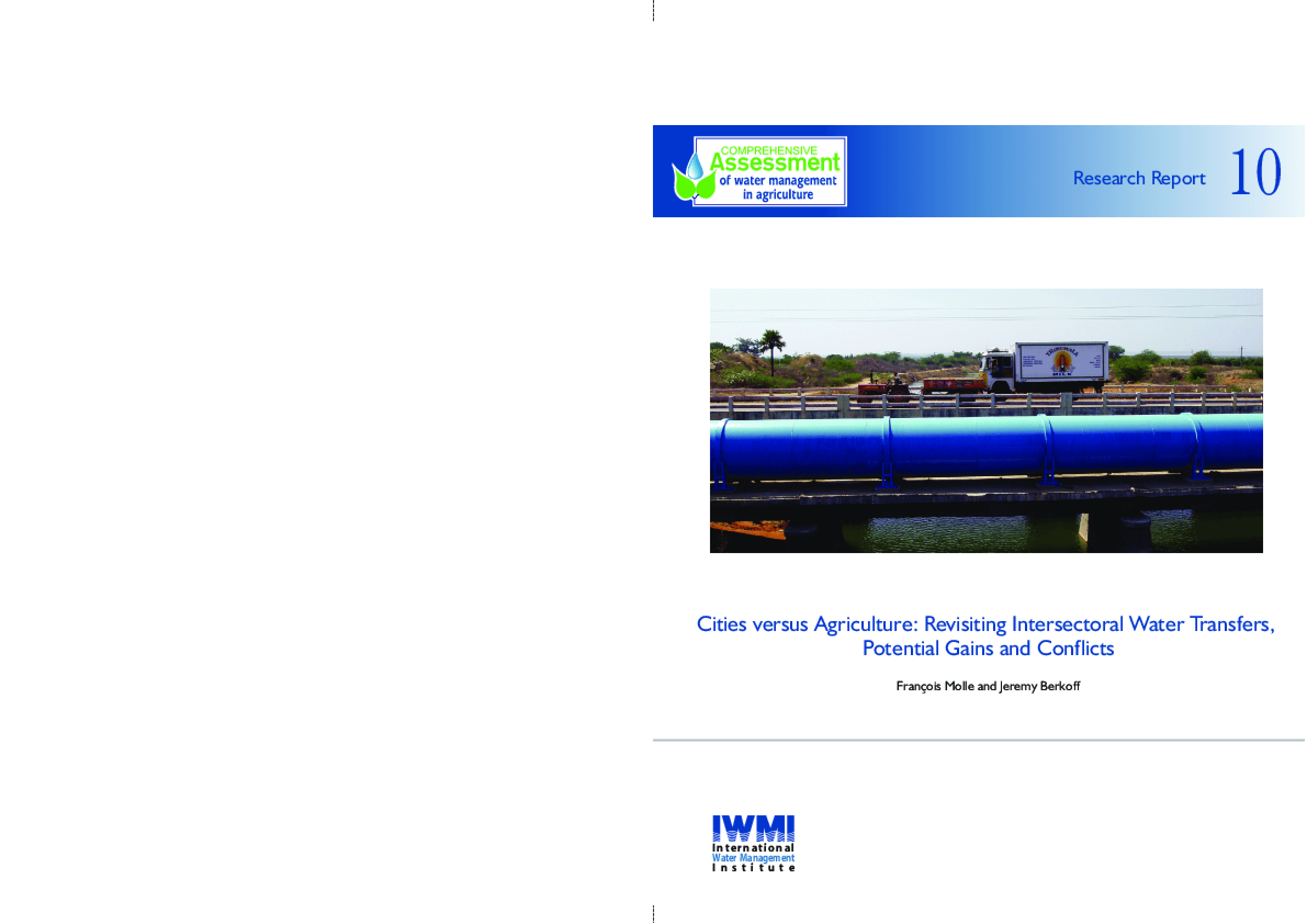