Citizen-Centered Solutions: Lessons in Leveraging Public Participation from the Make It Your Own Awards

In 2007, the Case Foundation launched its first public grants program, the Make It Your Own Awards (MIYO), which challenged people from all walks of life to discuss what matters most to them, decide what kind of community they want, and take action together. With nearly 5,000 applicants and more than 15,000 voters, the program involved the public in nearly every aspect of decision-making, and used the latest web 2.0 tools to empower applicants to raise funds and supporters. Since the program officially ended in 2009, grantees have been working in their communities to implement their projects. But did they finish? And what did they learn? Equally important, what did we learn from this entire process? To find out, we commissioned Peter Levine, Ph.D., Peter Deitz, and Cynthia Gibson, Ph.D. to design and conduct this research. Of specific interest to us was whether the MIYO process, grants, and other benefits to the applicants had positive effects and, especially, had helped to support high-quality citizen-centered work that would not have occurred without the MIYO initiative. The data collected in this evaluation has also had the additional benefit of providing an unprecedented picture of citizen-centered efforts occurring in America -- information that had previously been difficult to obtain and that will be of considerable use to the field. 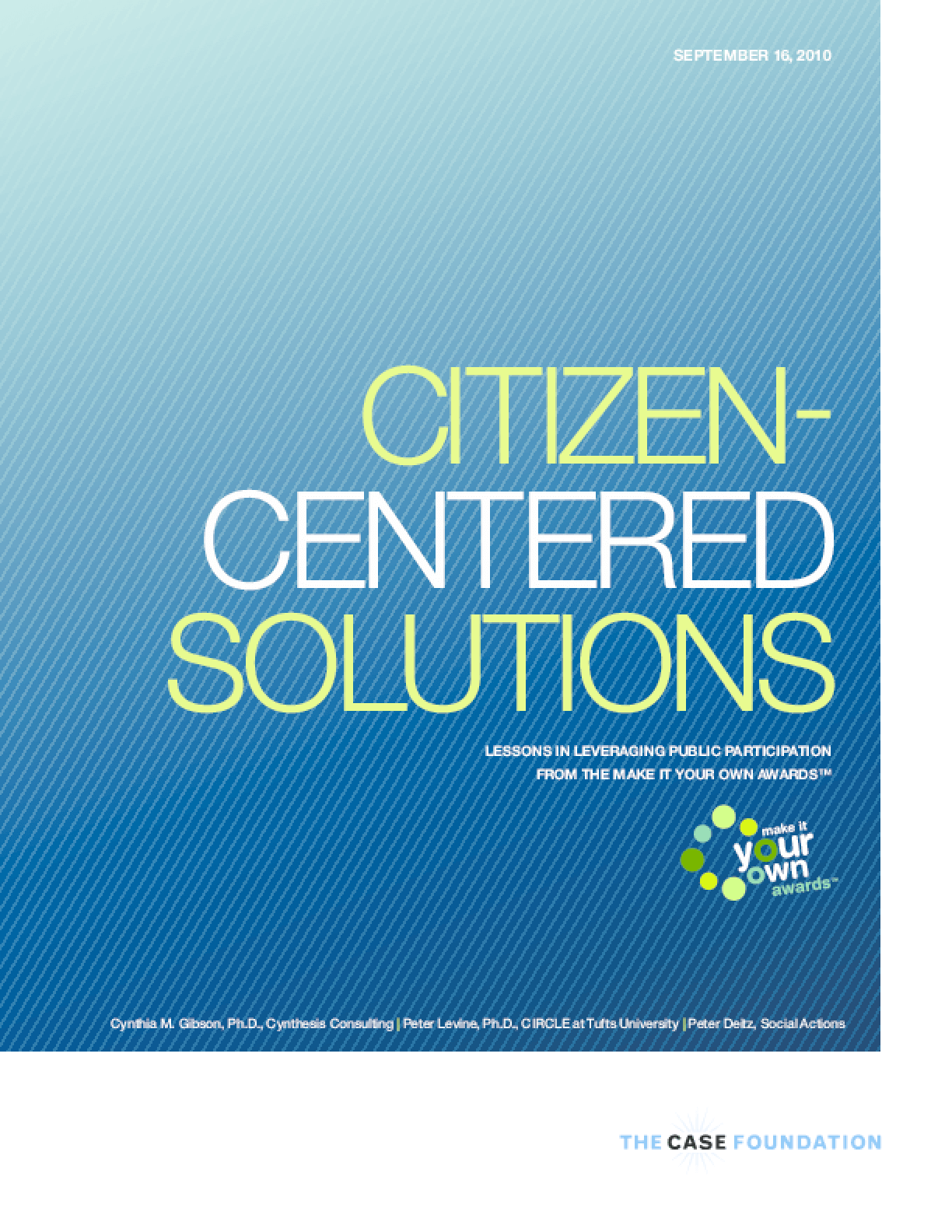