As the European Union has enlarged in terms of its membership, and expanded in terms of its competences, the idea of direct citizen participation in European policy-making has become both more important and more difficult. Given that many decisions are being taken at a level directly affecting over 500 million persons, and that EU institutional arrangements are so complex, is it really possible that citizens can become effectively engaged in EU decision-making? The Lisbon Treaty has introduced the European Citizens' Initiative (ECI) as one means to help involve citizens directly in EU issues. This contribution looks at the precise nature of the ECI as finally agreed. It places the ECI in the context of broader political trends, and argues that the new mechanism may not produce the specific results expected by its proponent but, even so, could well have a positive impact on the democratic deepening of the EU in other ways. 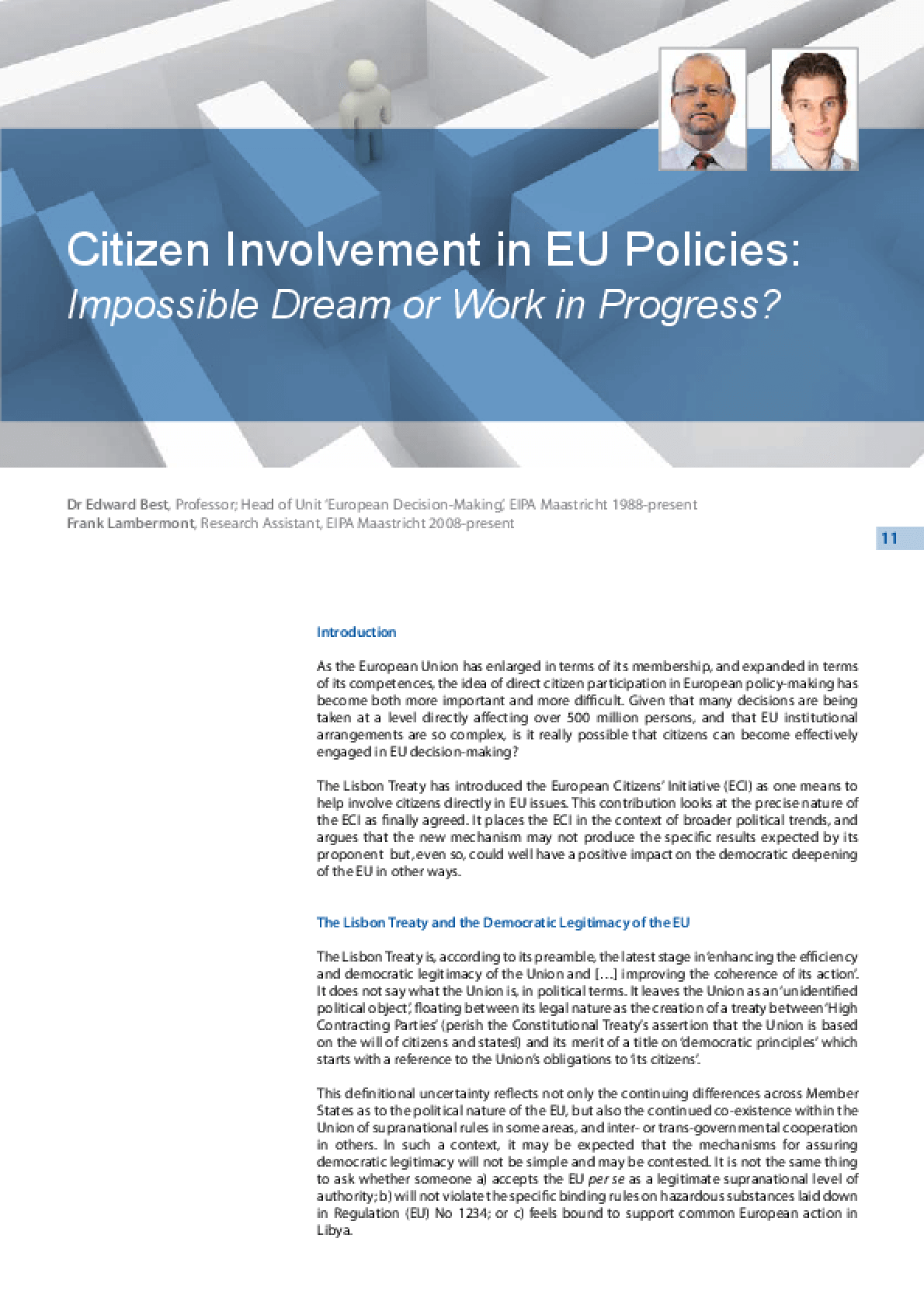