Citizen Participation and the Lisbon Treaty: A Legal Perspective

How to bring the [European] Union closer to its citizens is a problem of European integration. Article 11 of the Lisbon Treaty, is meant to be part of the solution. However, it relies heavily on civil society organisations, which formalizes participatory practices that have been in existence for years without clear effects on citizen participation. Even its most innovative element--the European citizens' initiative (ECI)--does not bring significant changes to the Union's constitutional arrangements. Moreover, secondary legislation places significant hurdles on the submissions of ECIs. Yet its introduction might provide impetus to rethink participatory practices, such as horizontal civil dialogue. Moreover, the effects of "popular input" in the form of ECIs on EU institutional dynamics is as yet unknown--and the European Parliament appears to regard it as a political asset. Conceivably, if the ECI proved inadequate, article 11 might constitute a constitutional experiment on the way to meaningful forms of direct democracy at EU level. 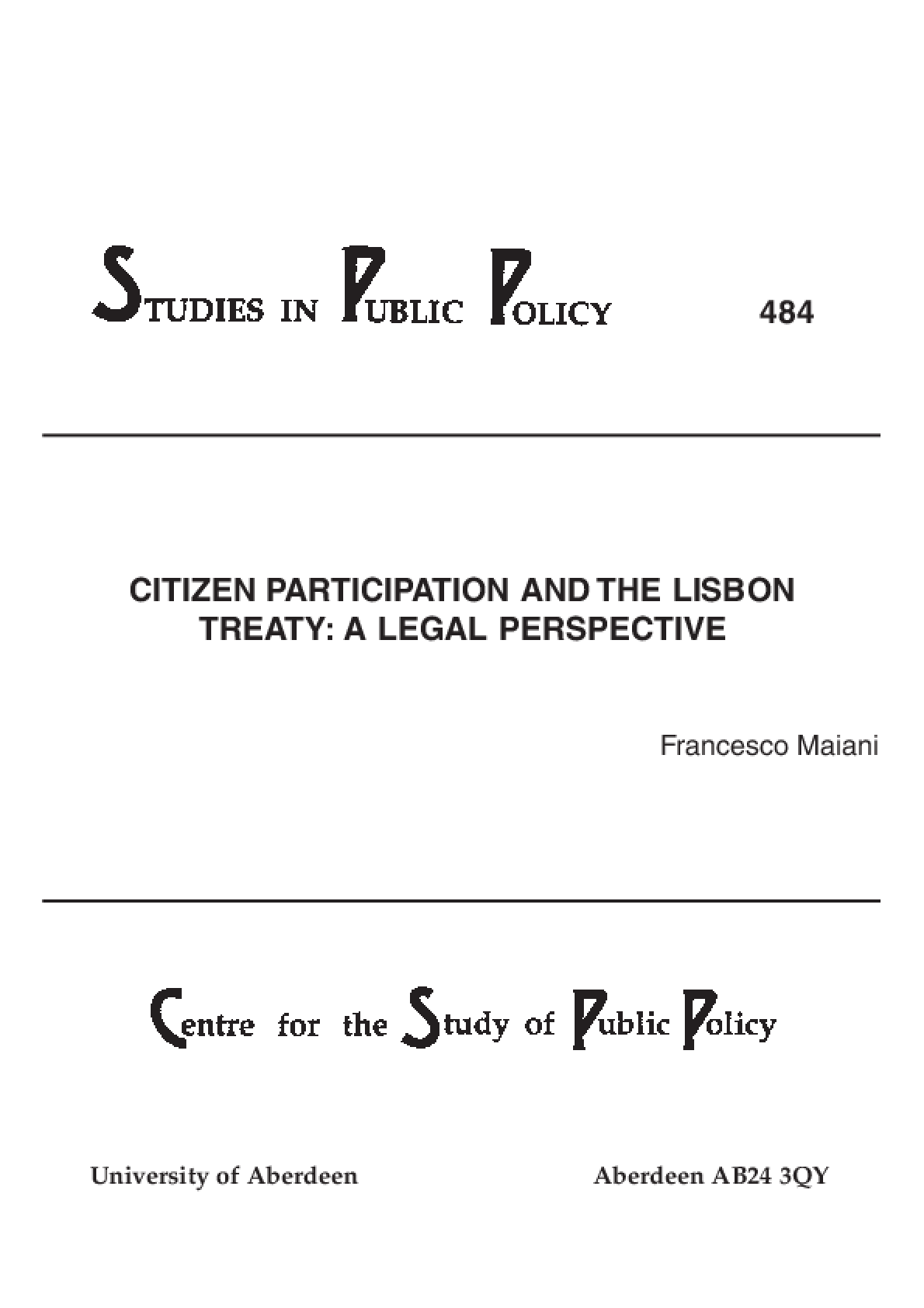