Citizen Voice in Bolivia: Evaluation of women's citizenship for change through intercultural forums in urban areas

by Mar A. Delgado

This evaluation is presented as part of the Effectiveness Review Series 2013/14, randomly selected for review under the citizen voice thematic area. This report documents the findings of a qualitative impact evaluation, carried out in April 2014. The evaluation used 'process tracing' to assess the effectiveness of the Promoting Women's Citizenship for Change from Urban Intercultural Spaces in Bolivia (Ciudadanía de las Mujeres para el Cambio desde Espacios Interculturales Urbanos en Bolivia) project.

The project, part of Oxfam GB's Raising Her Voice (RHV) portfolio, was implemented between August 2008 and March 2013 by the Instituto de Formación Femenina Integral (IFFI), a women's organisation based in Cochabamba, Bolivia. The main goal of this project was to promote gender equality in the metropolitan region of Cochabamba through a number of actions aimed at strengthening the leadership and capacity of the women and institutions who participated in the Plataforma de Mujeres por la Ciudadanía y la Equidad (the Women's Platform) and coordinating their work with other related networks at regional and national level. Ultimately, it was expected that this would lead to greater participation and influence of women from Cochabamba in several political decision-making processes. 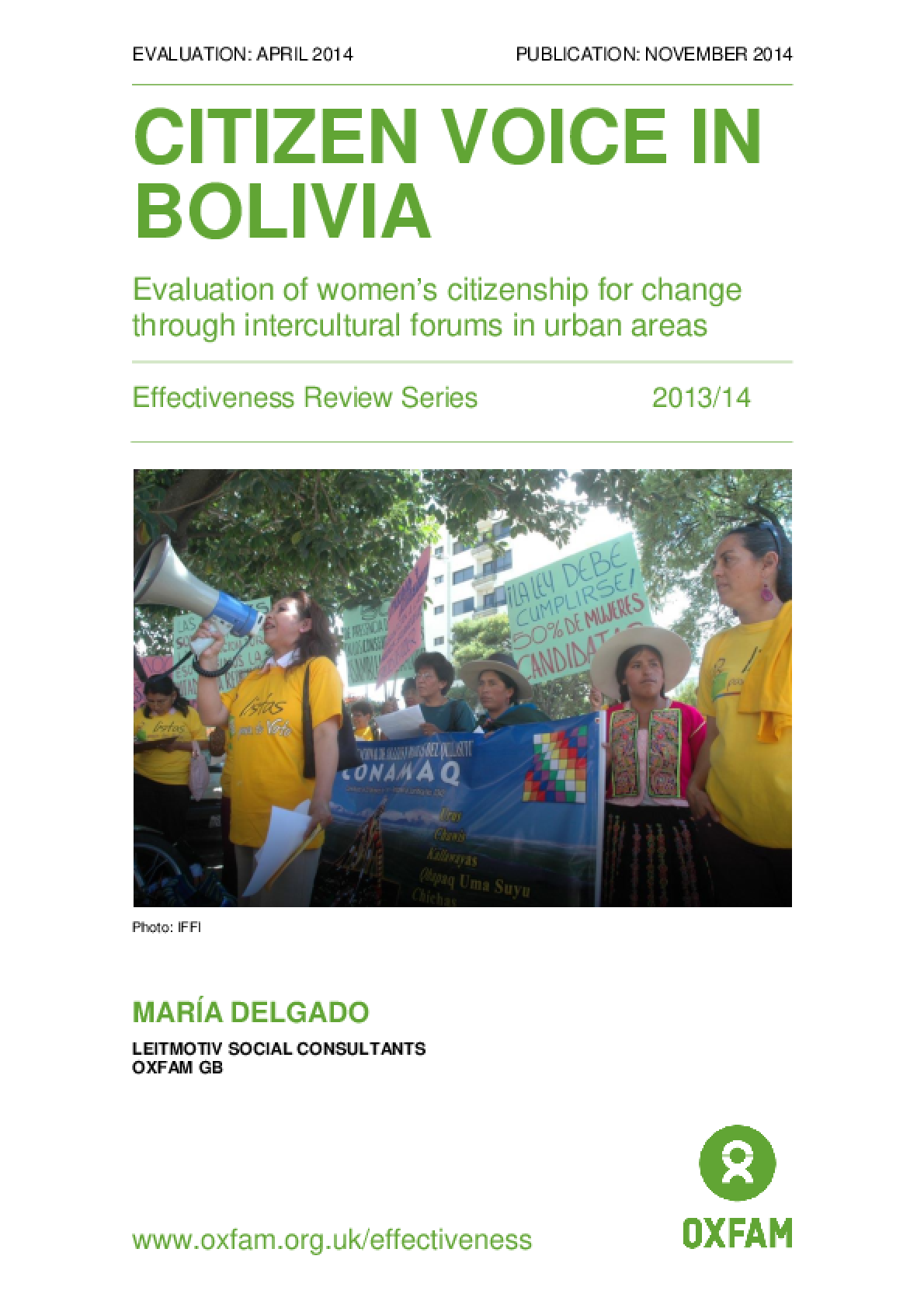