The participatory budget (PB0 pioneered in the Brazilian city of Porto Alegre and now adopted in at least 70 cities in Brazil represents a form of participatory democracy and local governance developed in the South from which much can be leardned in cities in the North. Community Pride, together with Oxfam's UK Poverty Programme, developed the idea of a 'learning exchange' between the cities of Manchester and Salford in the UK and Porto Alegre and Recife in Brazil. This report seeks to reflect the learning which took place during this project. 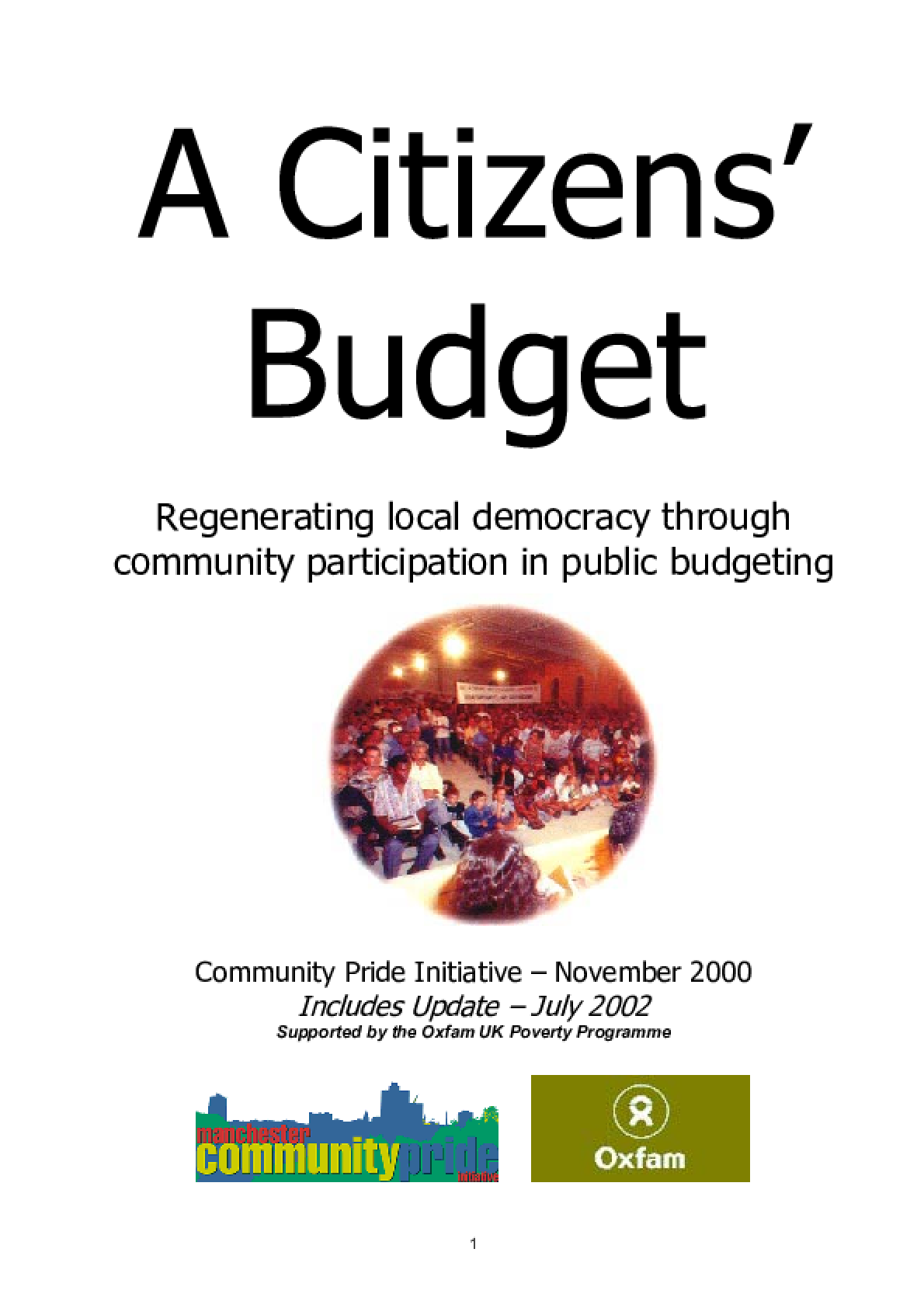