Today, 10.2 million undocumented immigrants are living and working in communities across the United States. On average, they have lived in this country for 16 years and are parents, grandparents, and siblings to another 10.2 million family members. At the same time, it has been nearly 40 years since Congress has meaningfully reformed the U.S. immigration system, leaving a generation of individuals and their families vulnerable. Poll after poll has illustrated that the vast majority of Americans support putting undocumented immigrants on a pathway to citizenship. And as the nation emerges from the COVID-19 pandemic and looks toward the future, legalization is a key component of a just, equitable, and robust recovery.

As the Biden administration and Congress craft their recovery legislation and consider how best to move the nation's policies toward a more fair, humane, and workable immigration system, the Center for American Progress and the University of California, Davis's Global Migration Center modeled the economic impacts of several proposals that are currently before Congress. Using an aggregate macro-growth simulation, the model illustrates the benefits to the whole nation from putting undocumented immigrants on a pathway to citizenship. Such legislation would increase productivity and wages—not just for those eligible for legalization, but for all American workers—create hundreds of thousands of jobs, and increase tax revenue. 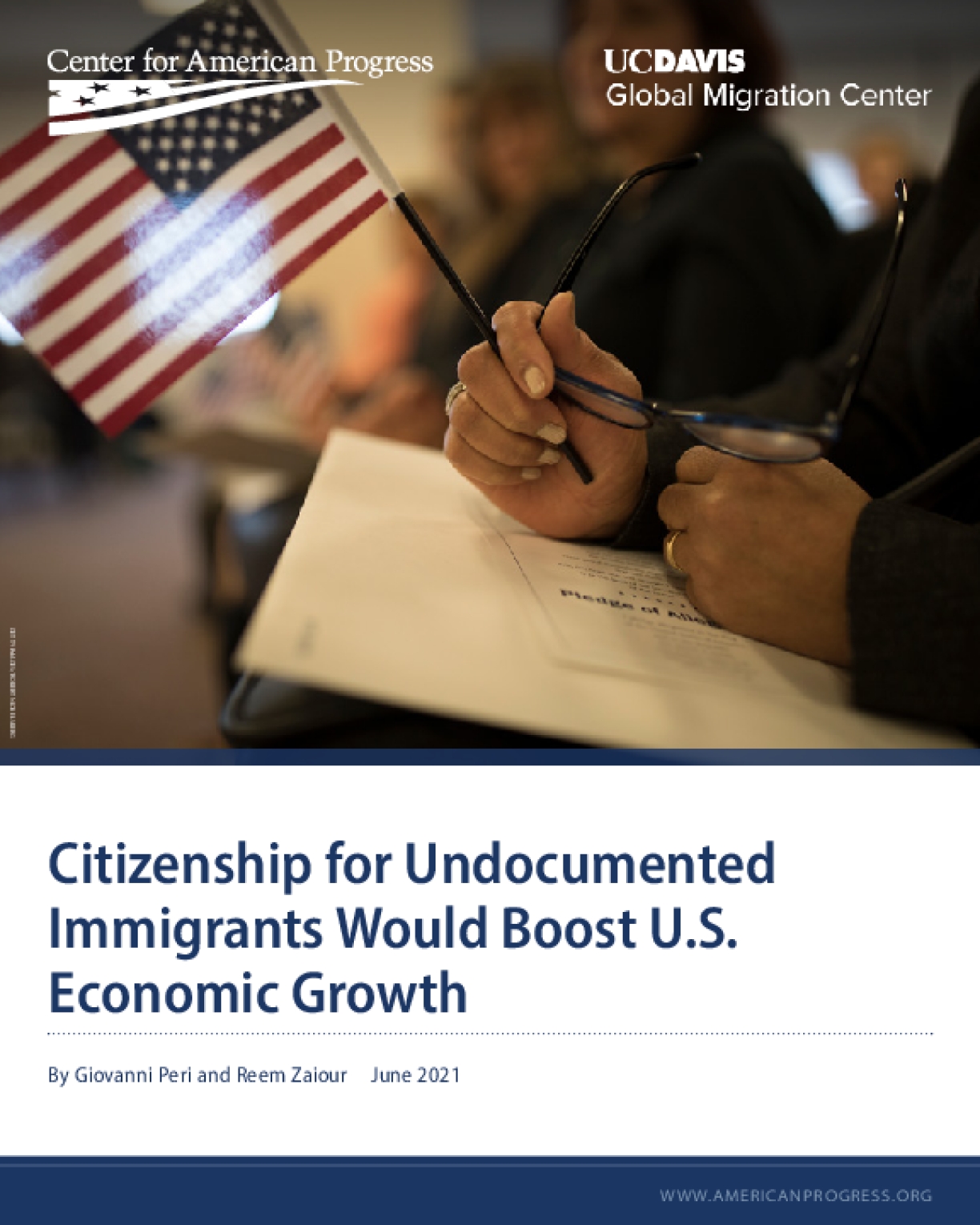