In February 2013, Public Religion Research Institute (PRRI), in partnership with the Brookings Institution, conducted one of the largest surveys ever fielded on immigration policy, immigrants, and religious and cultural changes in the U.S. The survey of nearly 4,500 American adults explores the many divisions -- political, religious, ethnic, geographical, and generational -- within the nation over core values and their relationship to immigration. The new survey also tracks key questions from surveys conducted by PRRI in 2010-2011. This report presents the results of these surveys. 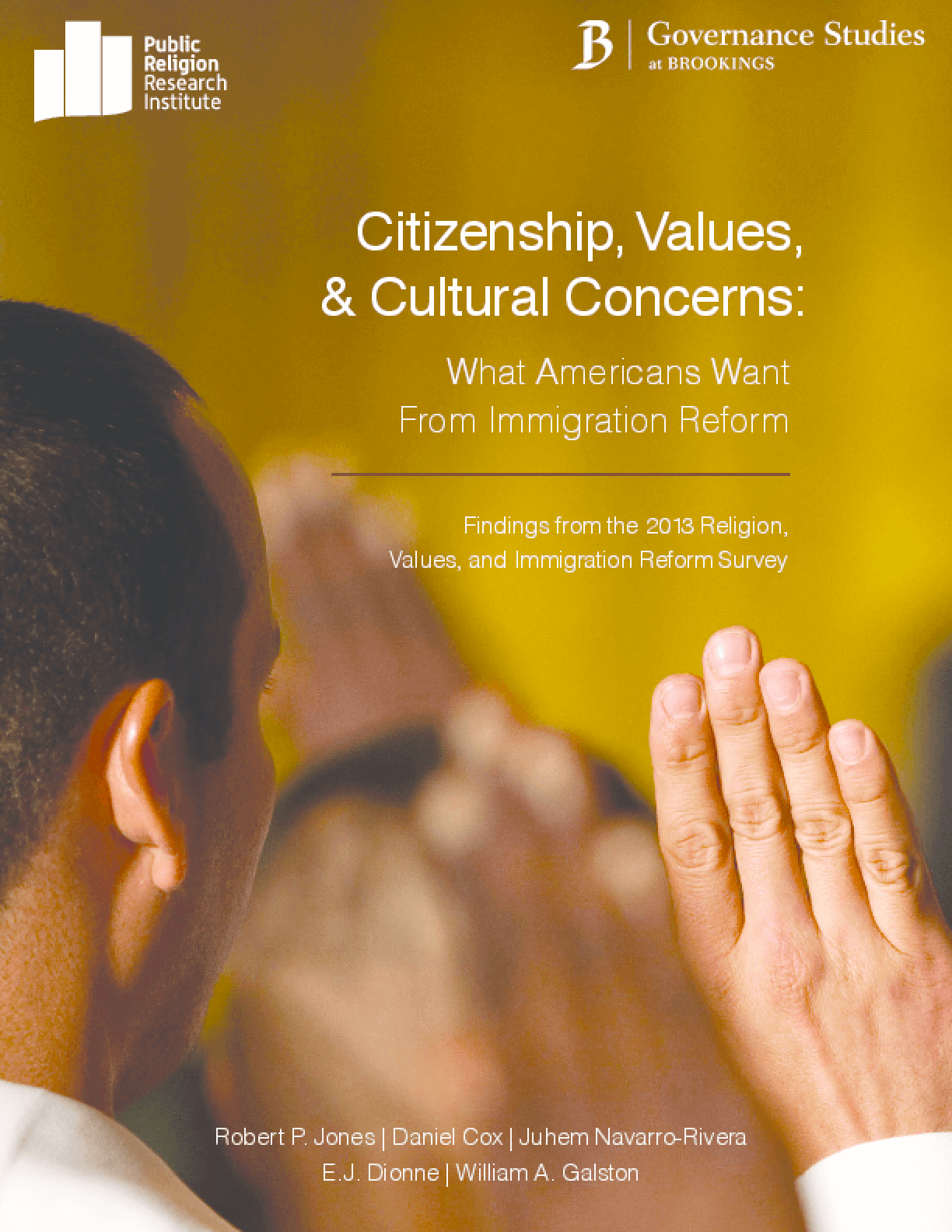