by Christiana McFarland; Michael A. Pagano

This year marks the 30th edition of the City Fiscal Conditions survey of city finance officers. Based on the rich historical data accumulated over three business cycles, this year's report provides an important retrospective and comparative analysis of fiscal impacts resulting from the 1990, 2001 and 2007 recessions, in addition to our annual analysis of current fiscal conditions. In 2015, the fiscal condition of U.S. cities continues to show modest improvement. City finance officers are more optimistic than ever, driven largely by an expansion of General Fund revenues. These recent gains, however, have not been substantial enough to restore the revenue declines of the six years prior. When compared to the 1990 and 2001 recessions, it is clear that the fiscal impacts of the 2007 recession are much more substantial, both in terms of depth and duration. 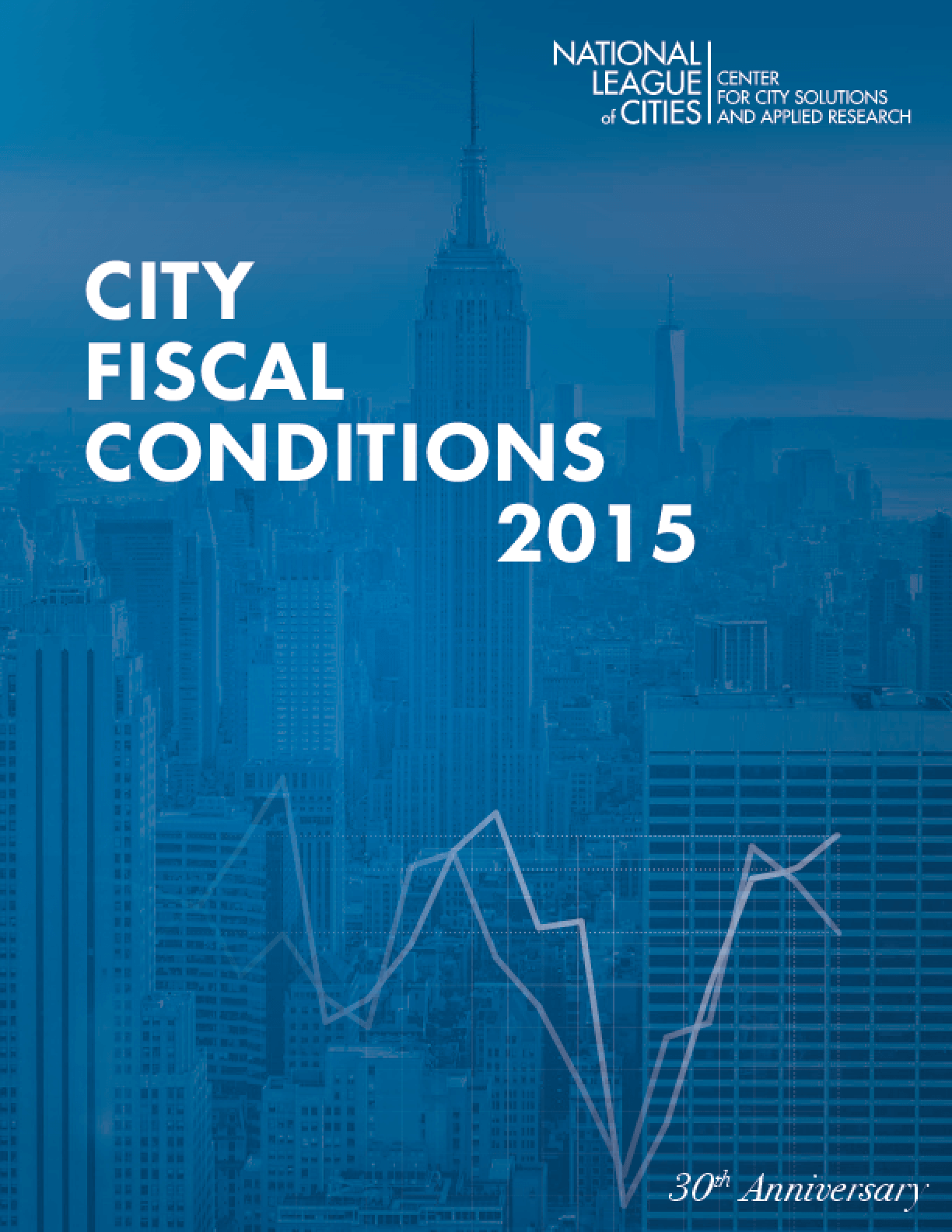