City of Milwaukee's Fiscal Condition: Between a Rock and a Hard Place

This report presents an analysis of the fiscal condition of the City of Milwaukee government, applying a professional financial evaluation system of the International City/County Management Association (ICMA). The city conducted this type of analysis internally during the 1990s, but it has done nothing similar this decade. In March 2009, the Forum released an evaluation of the finances of Milwaukee County also using the ICMA methodology. Milwaukee's city government currently is experiencing serious financial difficulties. The recession hit Milwaukee hard, as it has the region and state, and the negative impact on Milwaukee's businesses and property values has had financial repercussions on city coffers. In addition, the massive decline in stock prices has devalued pension investments. While ranked the second most secure public pension fund in the nation prior to the economic downturn, Milwaukee's pension fund now has an unfunded liability of more than $700 million. 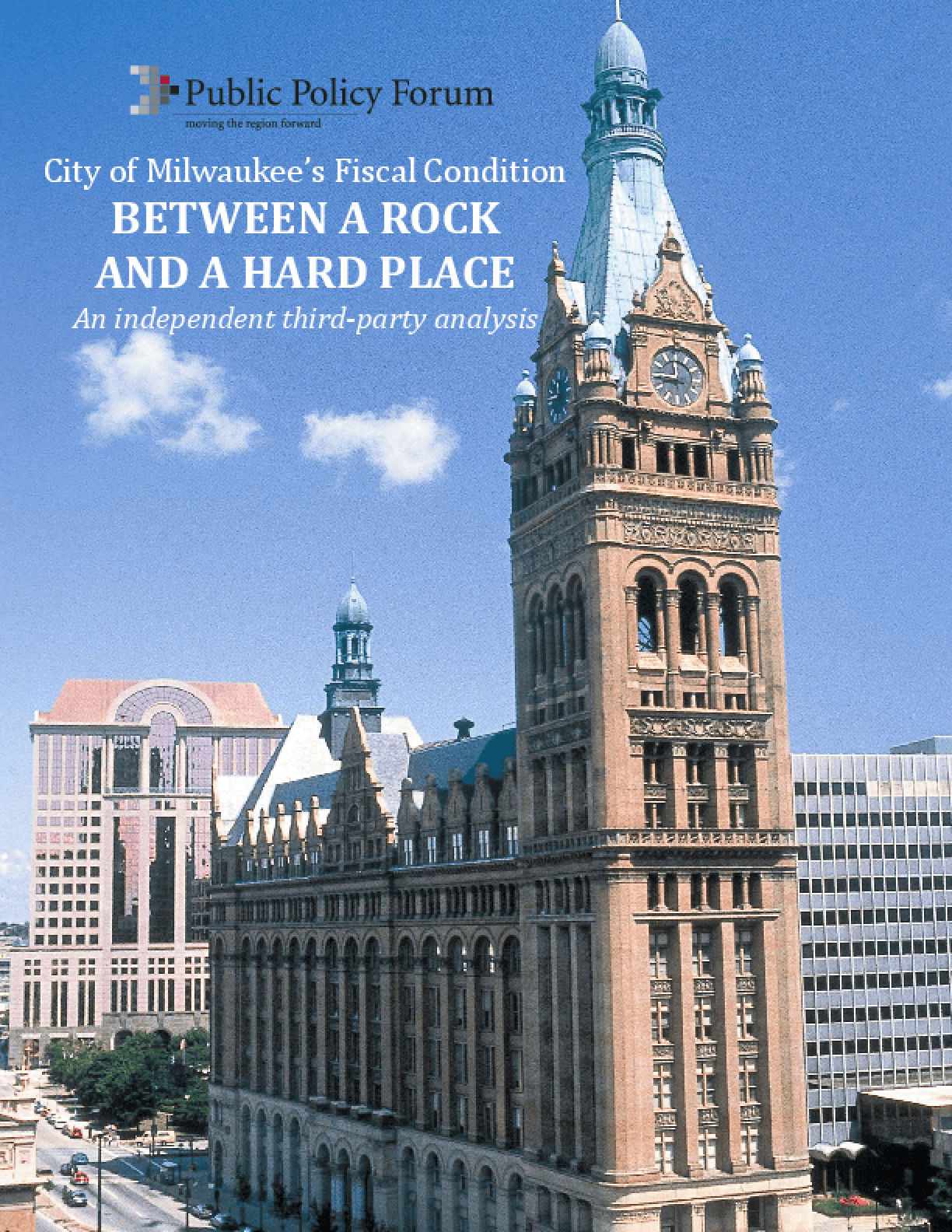