The growing sharing economy is impacting cities as innovative companies are providing improvements to service efficiency and on-demand information. The National League of Cities released the first national quantitative survey of local elected officials' views on the sharing economy. The report found that 71 percent of cities surveyed are supportive of growth in the sharing economy - particularly with ridesharing services such as Uber and Lyft - but many are concerned about the sharing economy's impact on public safety. On the whole, cities want to encourage economic development and accommodate the services their constituents want. The survey found that city leaders are open to integrating sharing economy services more fully within their communities - and they want to capitalize on this opportunity. When asked to identify the greatest benefit of the sharing economy, 22 percent of city leaders identified improved services, 20 percent identified increased economic activity, and 16 percent identified increased entrepreneurial activity. At the same time, the survey found that cities do have concerns with the sharing economy. By a large margin, 61 percent of city leaders were most concerned with public safety, specifically identifying the lack of comparable insurance coupled with general safety concerns. Other areas of concern included the protection of traditional service providers and industry participants (10 percent) and non-compliance with current standards (9 percent). 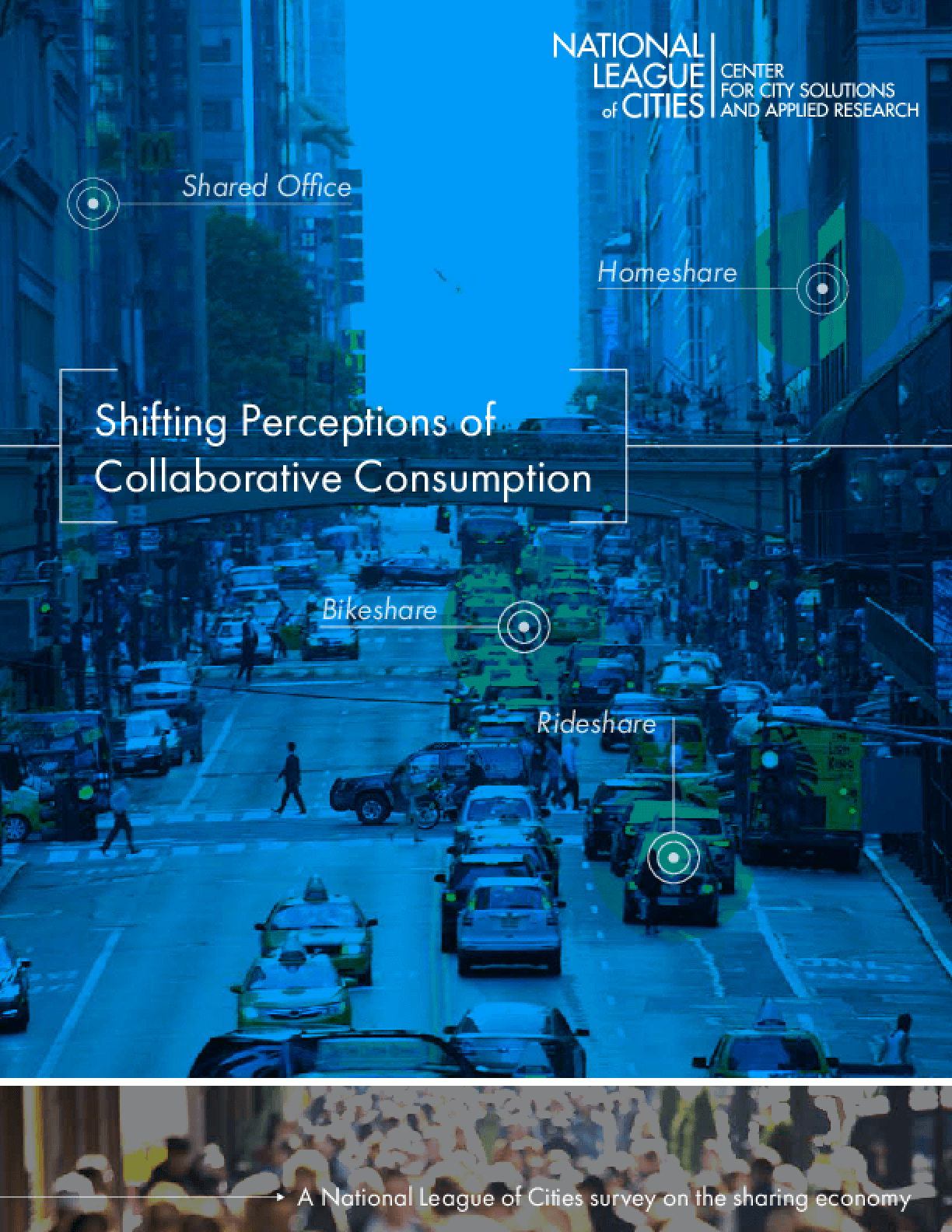