City Year has been working in Philadelphia schools to support under-performing students and teachers for over 10 years. The program deploys teams of corps members to provide targeted, one-on-one or small group support in the areas of English, math, attendance, and behavior, as well as school-wide activities aimed at improving school climate. This report reflects the second consecutive year that The School District of Philadelphia's Office of Research and Evaluation (ORE) has partnered with the William Penn Foundation to evaluate the program in 11 Philadelphia elementary and high schools. The Year 1 (School Year 2013-2014) report was released in the fall of 2014. This report concentrates on Year 2 (School Year 2014-2015) programming, making comparisons to Year 1 where appropriate. It follows the mid-year formative report and the mid-year qualitative report, which were delivered in spring of 2015. 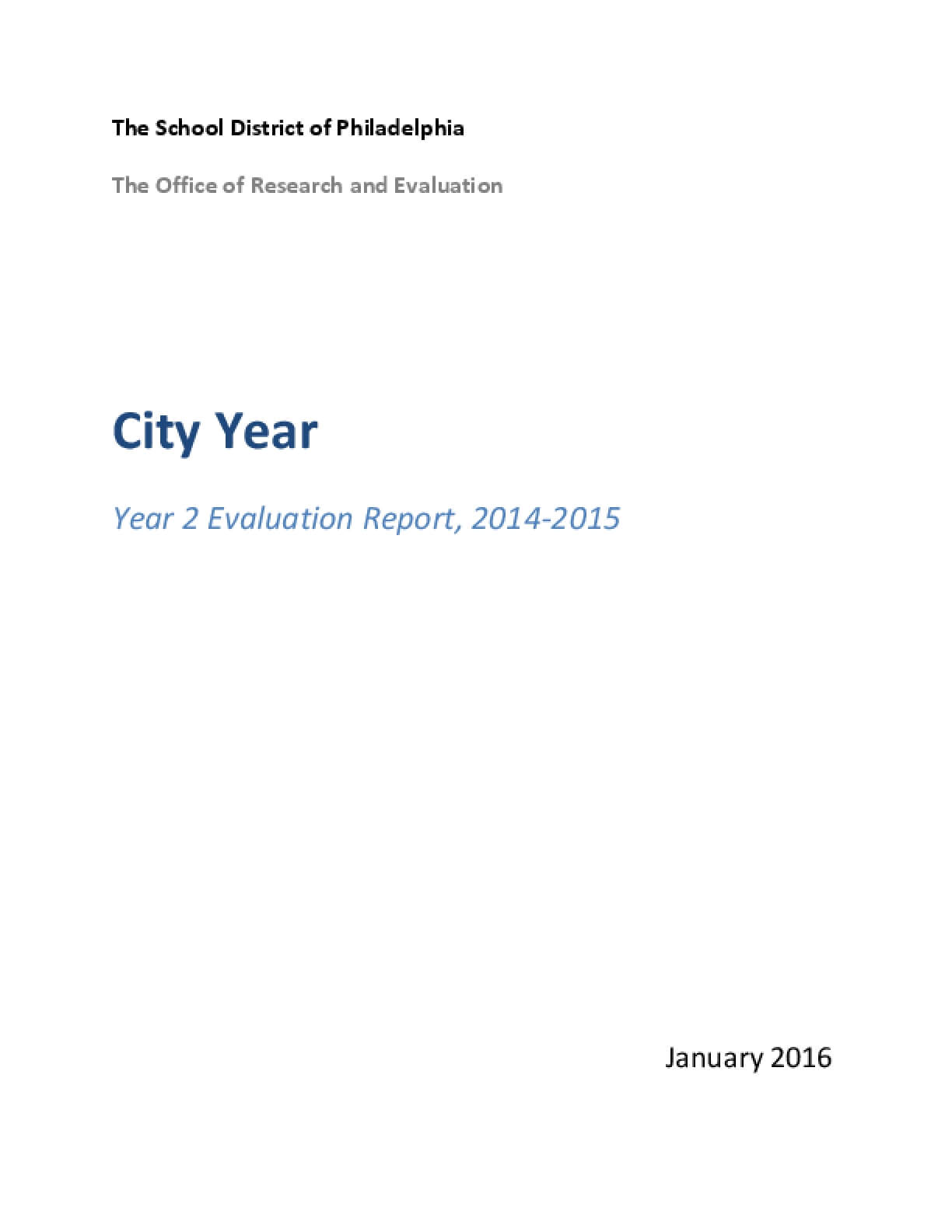