California is the most populous state in the union with more residents than the 21 least populous states combined. It is also one of the most diverse states. Such factors can pose a challenge to civic health, but they also make civic engagement vital to the health of the state. While civic engagement in California lags slightly behind the national average, it's not by much. The data shows that California performs above the national average in certain types of social civic engagement, particularly on indicators such as working with neighbors to fix a problem in the community, membership in school and community associations, and involvement in sport and recreation associations. The state does not compare so favorably, however, when it comes to indicators of political civic engagement such as voting in statewide elections or attending public meetings 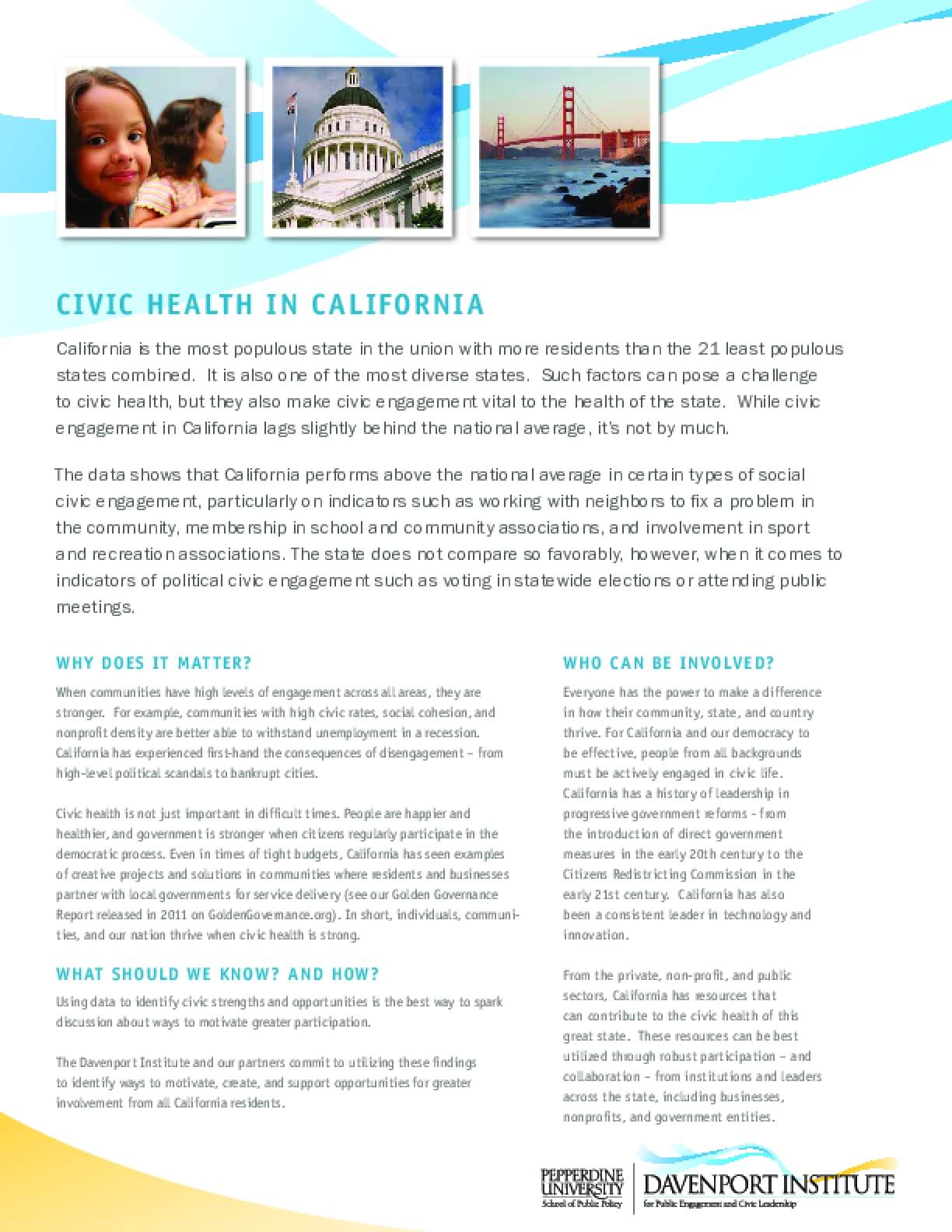