Civil Society Monitoring Report on the Implementation of the National Roma Integration Strategy and Decade Action Plan in 2012 in: Albania

Albania signed a Stabilization and Association Agreement with the European Union (EU) 2006 and it is also actively participating in the political and economic dialogue to present its application to become a member of the European Union. Pre-accession financial assistance is provided to Albania by the EU, focusing on Justice and Home Affairs, Public Administration Reform, Transport, Environment and Climate Change, Social Development, and Agriculture and Rural Development. In addition, Albania participates in the EU cross-border programmes and Albanian civil society received financial support from the EU in the fields of justice, protection of vulnerable groups (disadvantaged women, children and the elderly, and minority groups) and environmental protection. Roma communities are considered the most vulnerable minority group in Albania, facing widespread poverty, socio-economic marginalization and frequent discrimination, particularly regarding access to education, social protection, health, employment and adequate housing. Roma are not recognized publicly as a distinct minority and they have the status of an ethno-linguistic minority. Regardless the Albania Constitution addresses all the basic principles of human and minority rights. Albania is also part of the main international treaties concerning human and minority rights. Albania does not have a National Roma Integrated Strategy. However, several policy measures in favor of Roma Social Inclusion were undertaken by the Albanian Government. The National Strategy for the Improvement of Roma Living Conditions 2003-2013 was adopted in 2003 followed by the Decade Action Plan 2010-2015. The Roma Strategy addresses several broad fields such as education and training, cultural heritage and family, employment, poverty and social protection, health and housing, as well as public order, justice and civil administration. Nevertheless, its implementation was criticized for being slow, due to insufficient human and financial resources, inadequate institutional coordination at the national and local level, and deficiencies in the monitoring and evaluation mechanisms. Through the present report, the Albanian civil society coalition established for this purpose, aimed to assess national policy developments, evaluate the local impact of flagship initiative that promote Roma integration, explain through case studies why and to what extent certain government measures have been successful or not, and formulate recommendations on how to improve the implementation of above strategic documents. 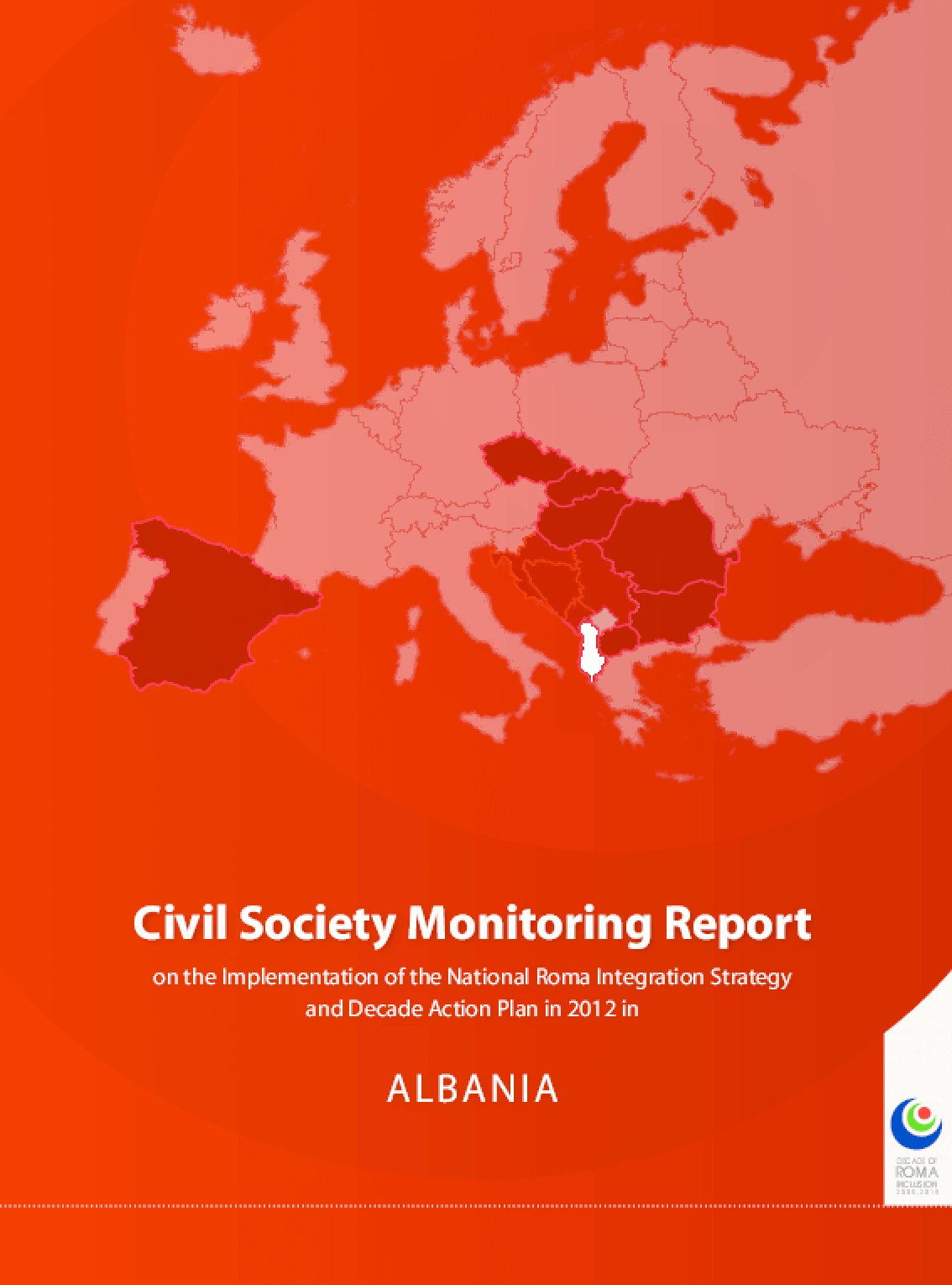