Civil Society Monitoring Report on the Implementation of the National Roma Integration Strategy and Decade Action Plan in 2012 in: Bulgaria

The present civil society monitoring report aims to provide thorough information and explanations about major challenges and obstacles with regard to the Decade of Roma Inclusion and the National Roma Integration Strategy in Bulgaria, as implemented by the Bulgarian government, along with recommendations. A specially designed research project was conducted in the period November -- December 2012, in all neighbourhoods with predominantly Roma populations in Bulgaria. The sample for the study comprised 1000 households, equal to 100 clusters with 10 respondents in each cluster. The data-base was used for simple random sampling of segregated neighbourhoods, weighted by population size. The quantitative study was complemented by the work of eight focus groups consisting of Roma end beneficiaries in the following localities: Petrich, Sofia, Hayredin, Kuklen, Stara Zagora, Razgrad and Veliko Tarnovo. Bulgaria's achievements in implementing its commitment of the Decade of Roma Inclusion and the recently adopted National Roma Integration Strategy have been widely debated; however there has been no significant progress in the relevant priority areas related to Roma integration into mainstream society in Bulgaria. The main conclusion of the present report is that the NRIS lacks synergy, coherence and equal distribution in its envisaged activities, measures and financial allocations. It overlooks major areas such as housing conditions, health care and educational integration. In order to accomplish the measures outlined in the NRIS, the Bulgarian government should provide adequate structural provisions by combining consistent political will with a suitable legislative framework, expertise, knowledge, sensibility, flexibility and appropriate financial resources. Furthermore, these provisions should be based on the principles of transparency, inclusiveness, partnership, efficiency and effectiveness, all aimed at achieving measurable, long term impact. 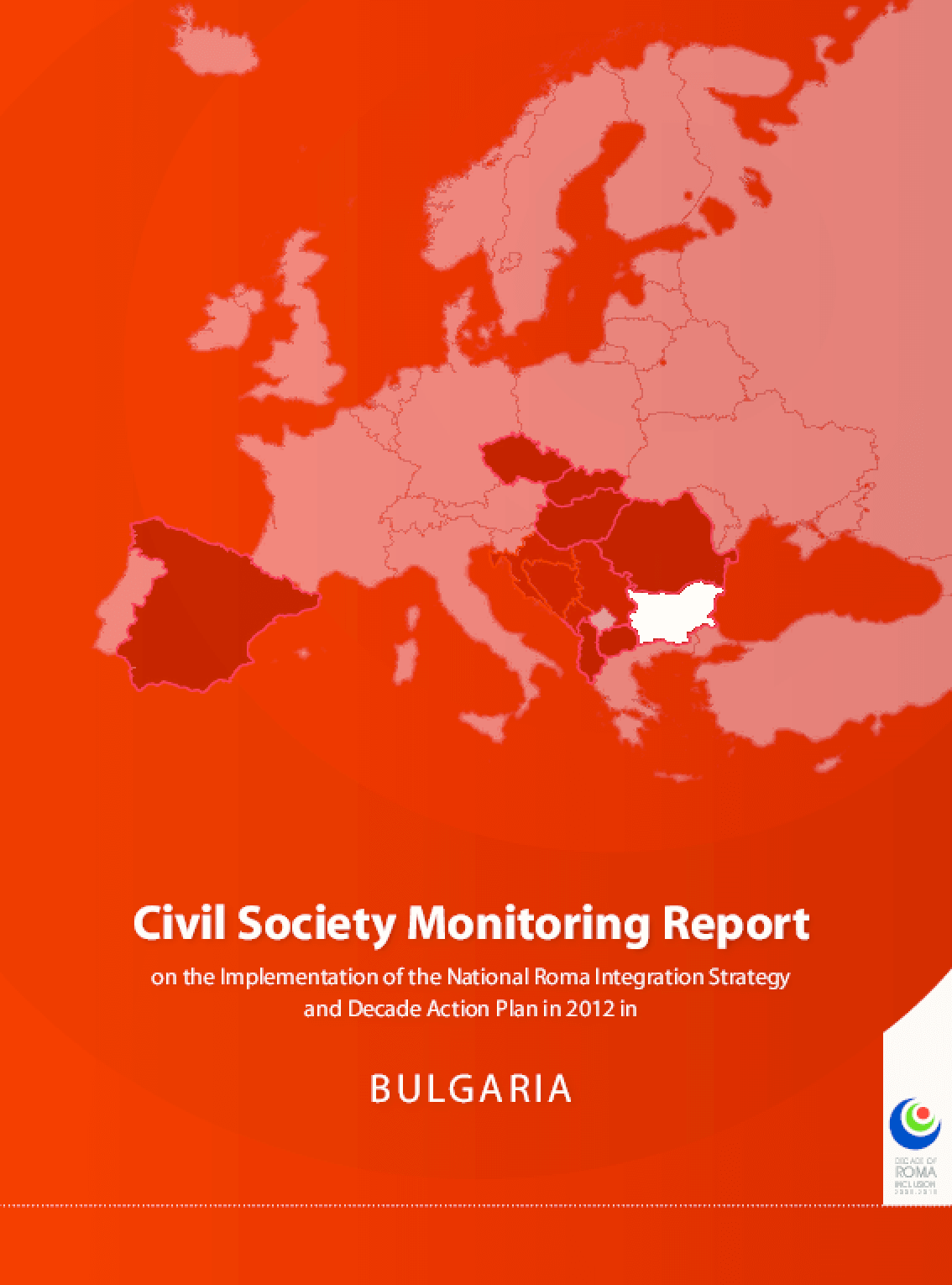