This review of two substantial collections concludes as follows: The International Encyclopedia of Civil Society is a massive set of programme notes about the game, profiles of some teams, playing grounds and major figures on-field and off. It covers some fine points of the game as played in the well-paid professional leagues, especially in the United States. Some of its nuggets of information are of good quality. But the peculiar logic of its design and selection of topics, the mixed quality of writing and editing, and the lack of user-friendliness set limits to its overall usefulness for scholars and practitioners. For any book priced at more than 800 Euros, one could reasonably expect a higher standard. The International Encyclopedia offers uneven, and generally mediocre value for (a lot of) money. By contrast, The Oxford Handbook of Civil Society, offers a range of deep-going interpretations of what is at stake in the game, how its rules have been influenced by powerful interests, and how the playing fields have been confined and made anything but level. In the rigour of the research underpinning a good number of chapters and in the clarity of contrasting arguments, the Handbook offers depth and coherence accessible to both newcomers and specialists. With its substantial essays probing politics and social life, the Handbook is sure to become a significant point of reference as research and debate in civil society studies continue. 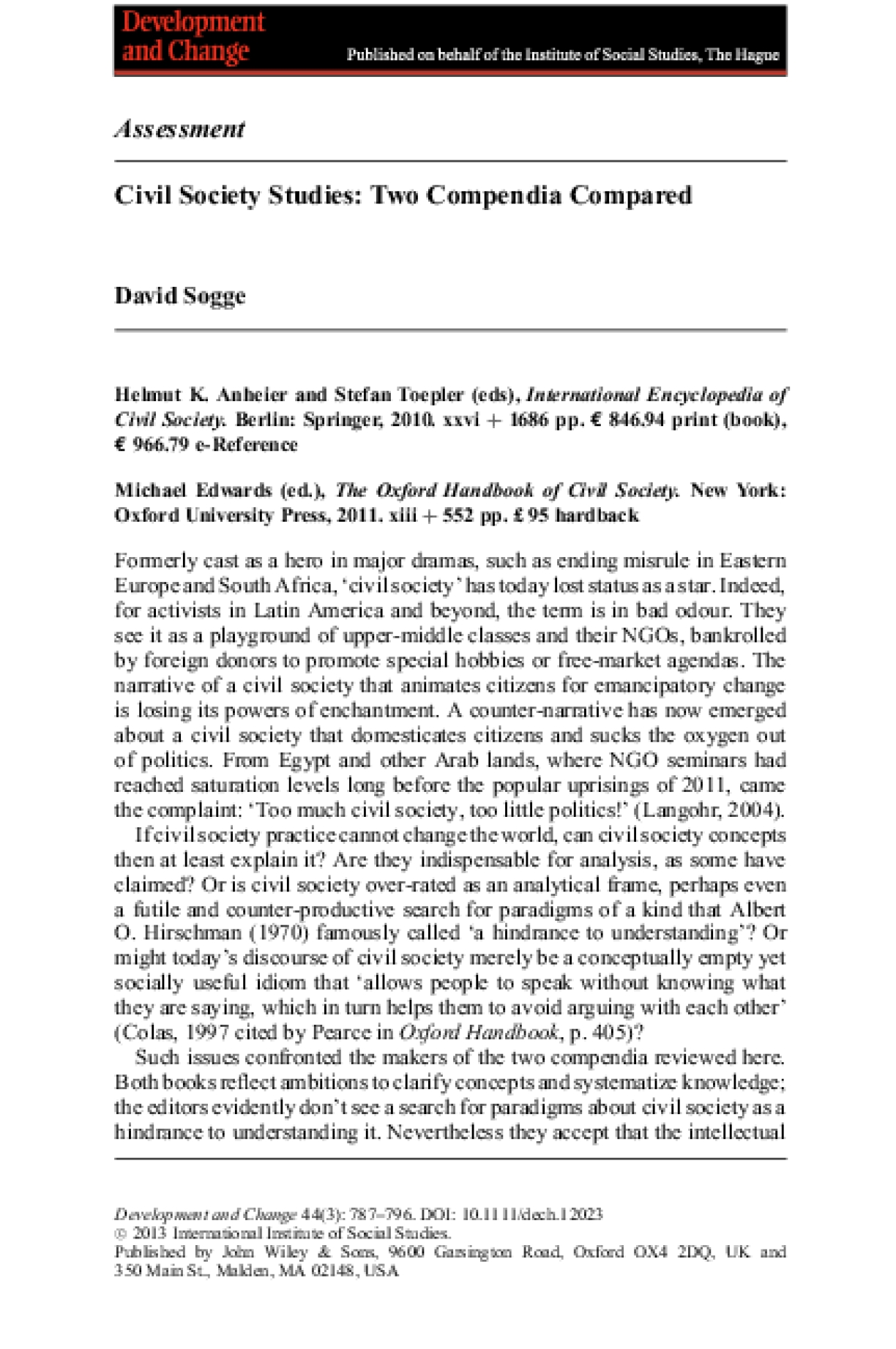