Public funding is often lauded for breaking the connection between campaign finances and special interests. Under the Arizona system, candidates who collect public funds receive very little private money and it must come from individuals. More than one-third of the 90 legislators elected in Arizona in 2006 participated in the state's Clean Elections program, as well as the governor, attorney general, secretary of state, state mine inspector, superintendent of public instruction, and one member of the corporation commission. This report analyzes money raised by Arizona candidates during the 2006 elections. Fast Facts 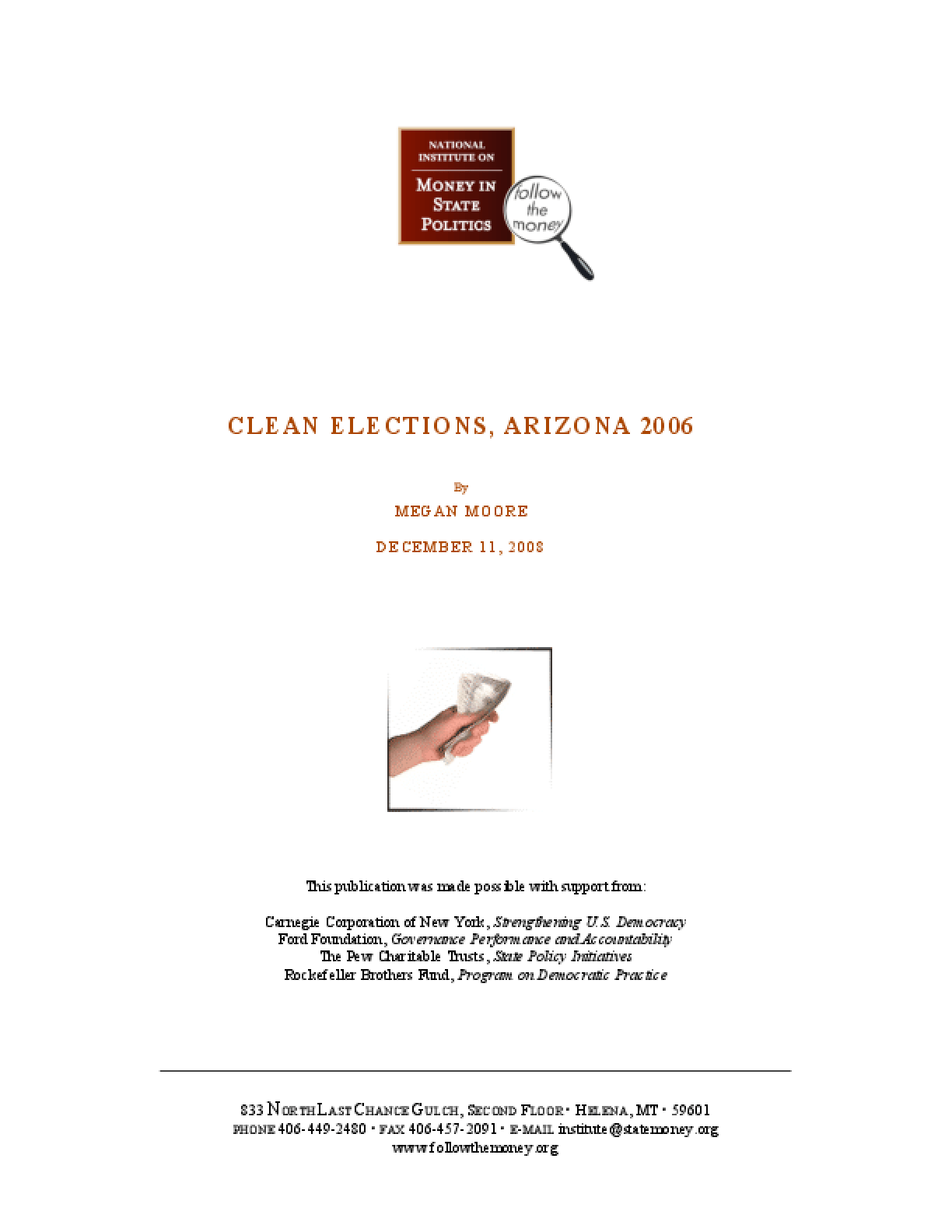