The Violence Policy Center (VPC) today released a new study detailing the concerns of a wide spectrum of national security experts about the terrorism threat posed by easily available and virtually unregulated 50 caliber anti-armor sniper rifles. The 42-page study, "Clear and Present Danger: National Security Experts Warn About the Danger of Unrestricted Sales of 50 Caliber Anti-Armor Sniper Rifles to Civilians", reveals the details of a report, previously classified as "Secret," written by a senior U.S. Secret Service official warning that large caliber sniper rifles present a threat to the President, other senior government officials, and to civil aviation in particular. Accurate to over a mile, 50 caliber sniper rifles can penetrate armor plating and destroy aircraft, but are sold with fewer federal controls than a standard handgun. The 50 caliber "long range weapons pose a significant threat for U.S. National Command Authority figures if used by terrorists or other assailants," the Secret Service official warned in the secret 1985 report. (The "National Command Authority" is the President and the Secretary of Defense.) "The weapons are more accurate than shoulder fired antitank rockets and, if used against aircraft, immune to electronic counter measures." 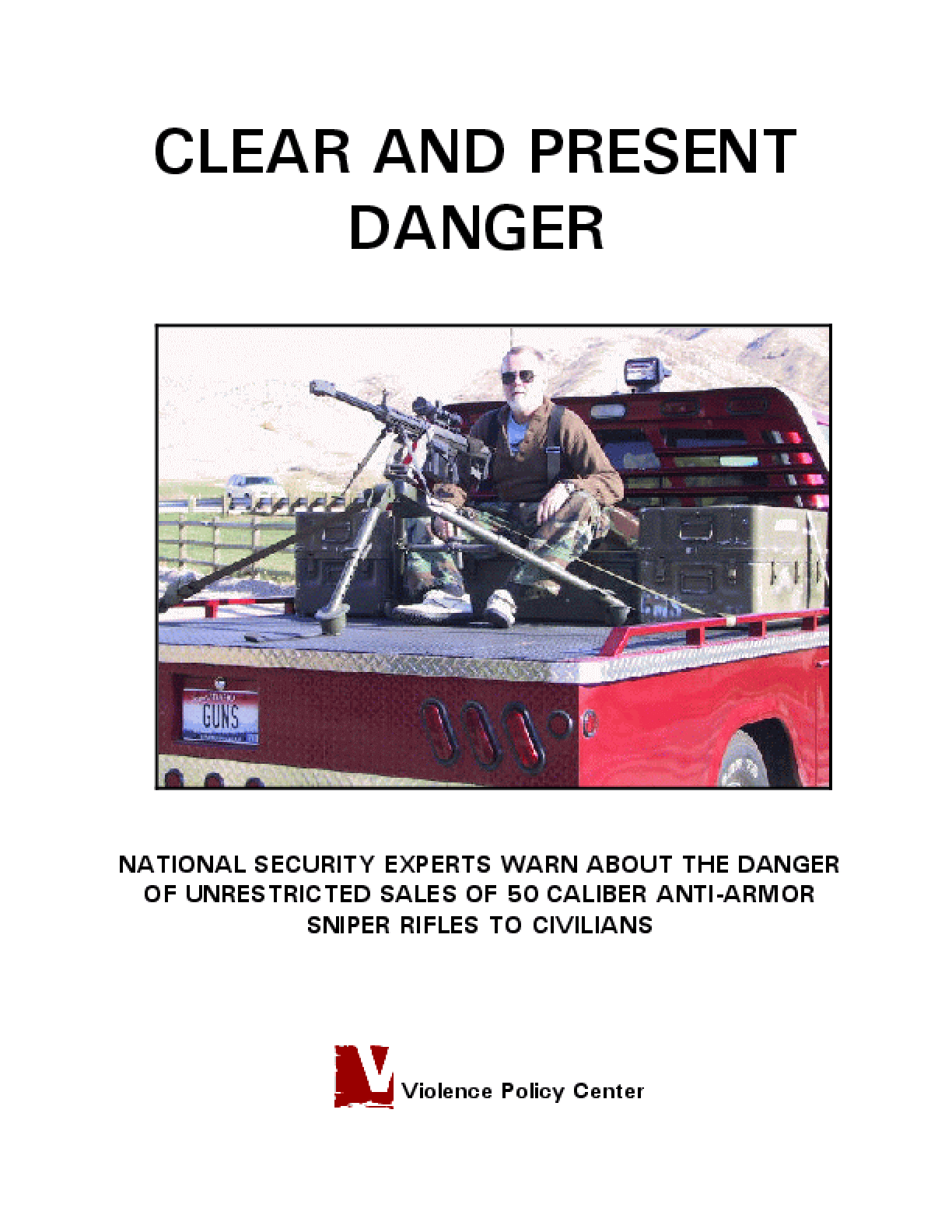