Climate Change Post-2100: What are the Implications of Continued Greenhouse Gas Buildup?

by Fredric A. Beck

The Environmental and Energy Study Institute (EESI) held a Congressional briefing on September 21, 2004 on the climate change implications of exceeding a doubling of carbon dioxide in the atmosphere from preindustrial levels (prior to the start of the Industrial Revolution). The concentration of carbon dioxide (CO2) in the lower atmosphere, the main heat-trapping greenhouse gas responsible for global warming, is now at its highest level in at least 400,000 years, and likely in the last 35 million years. This concentration stands 32 percent above CO2 levels preceding the Industrial Revolution. Much of the climate modeling reported in the media focuses on the impacts of a doubling of preindustrial CO2 before the end of this century. However, given current rates of anthropogenic (man-made) CO2 emissions and without policy and technology implementation to significantly reduce these rates, atmospheric CO2 concentrations are unlikely to stabilize at twice pre-industrial levels by 2100. They may eventually reach three to four times pre-industrial levels before stabilization is achieved. Several prominent climate research centers around the world are modeling such scenarios. EESI's briefing featured three leading climate change experts who discussed modeling of these CO2-emission scenarios, their potential impacts, and what would be required to avoid emissions trajectories that lead to a tripling or quadrupling of greenhouse gas concentrations. 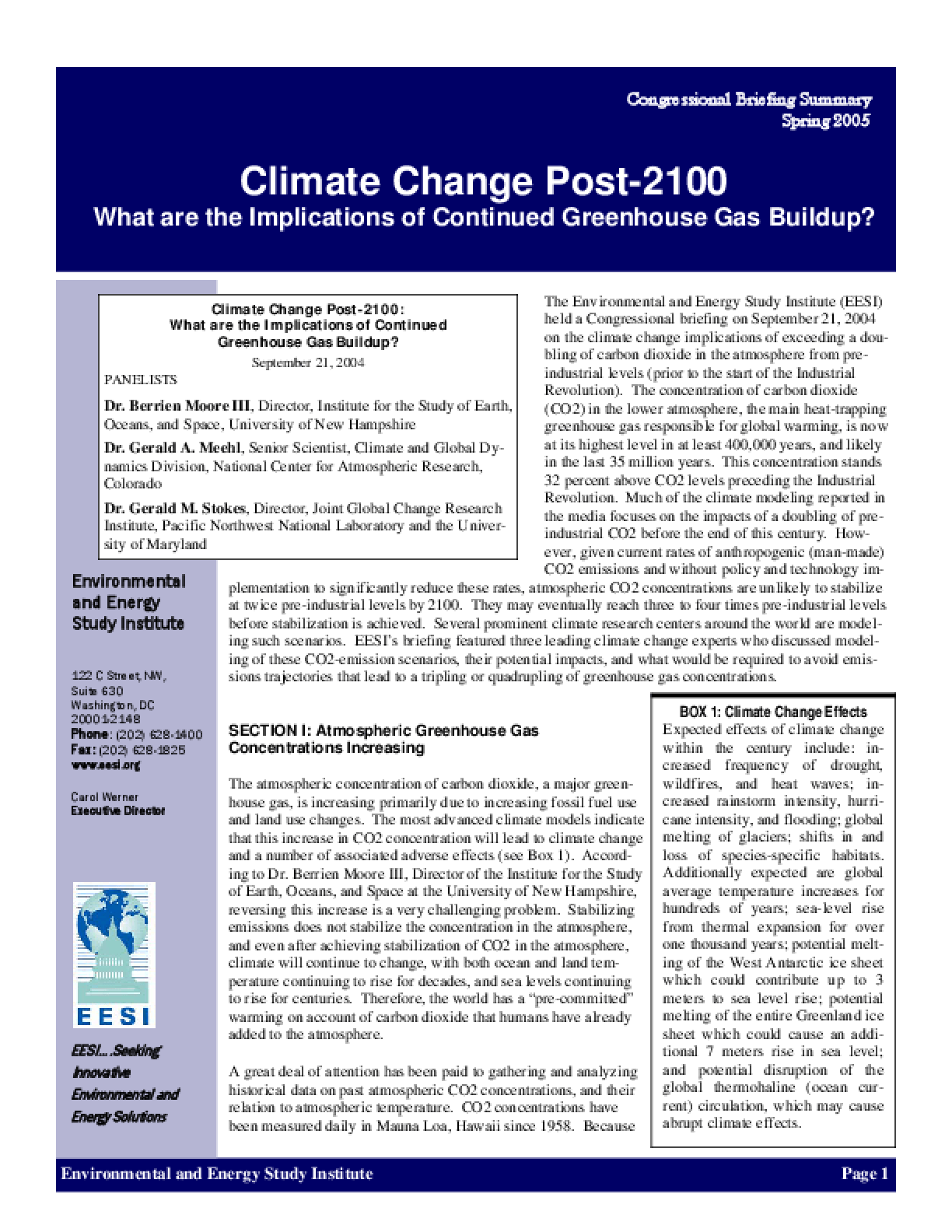