The U.S. foundation community has long been engaged in environmental issues, including funding efforts to reduce air pollution, energy consumption, and other factors that contribute to global warming. During the past decade, overall environmental funding by grantmakers inthe Foundation Center's annual grants sample has more than doubled, and their 2008 support totaled $1.9 billion.

Heightened awareness of an impending climate crisis has led to even faster growth in foundation giving that addresses the causes and consequences of global warming. Between 2000 and 2008, funders represented in the Foundation Center's annual grants sample doubled the number of grants they awarded related to climate change and increased their dollar commitment from less than $100 million to nearly $900 million. Yet, while philanthropic efforts to address global warminghave been growing, a small number of very large funders still account for most of the support.2 In fact, the top 25 climate change grantmakers in 2008 provided more than 90 percent of the funding.

This advisory documents who funds climate change; examines what their grantmaking supports; and considers prospects for giving going forward. 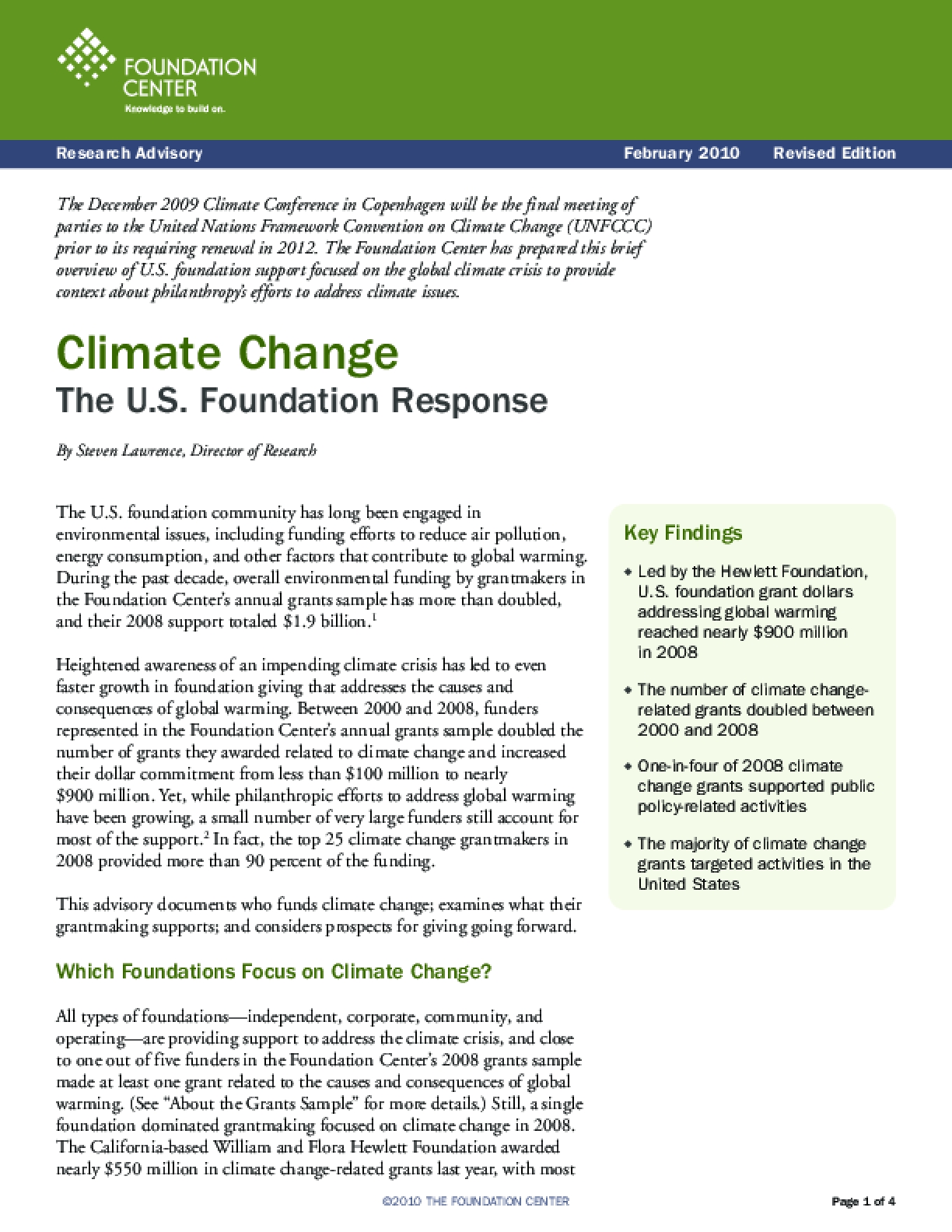