Climate change is set to undermine human rights on a massive scale. International human-rights law states that, 'In no case may a people be deprived of its own means of subsistence.' But - as the Inter-governmental Panel on Climate Change (IPCC) has documented in detail - rich countries' continued excessive greenhouse-gas emissions are depriving millions of people of the very water, soil, and land on which they subsist. Oxfam International believes that realising human rights is essential to lift people out of poverty and injustice. Our staff and local partners work with communities in over 100 countries, and are increasingly witnessing the devastating effects of more frequent and severe climatic events on poor people's prospects for development. According to the IPCC, climate change could halve yields from rain-fed crops in parts of Africa as early as 2020, and put 50 million more people worldwide at risk of hunger. Almost half a million people today live on islands that are threatened with extinction by sea-level rise. And up to one billion people could face water shortages in Asia by the 2050's due to melted glaciers. These kinds of impacts, in turn, are likely to lead to mass migration across borders, and increasing conflict over scarce resources. 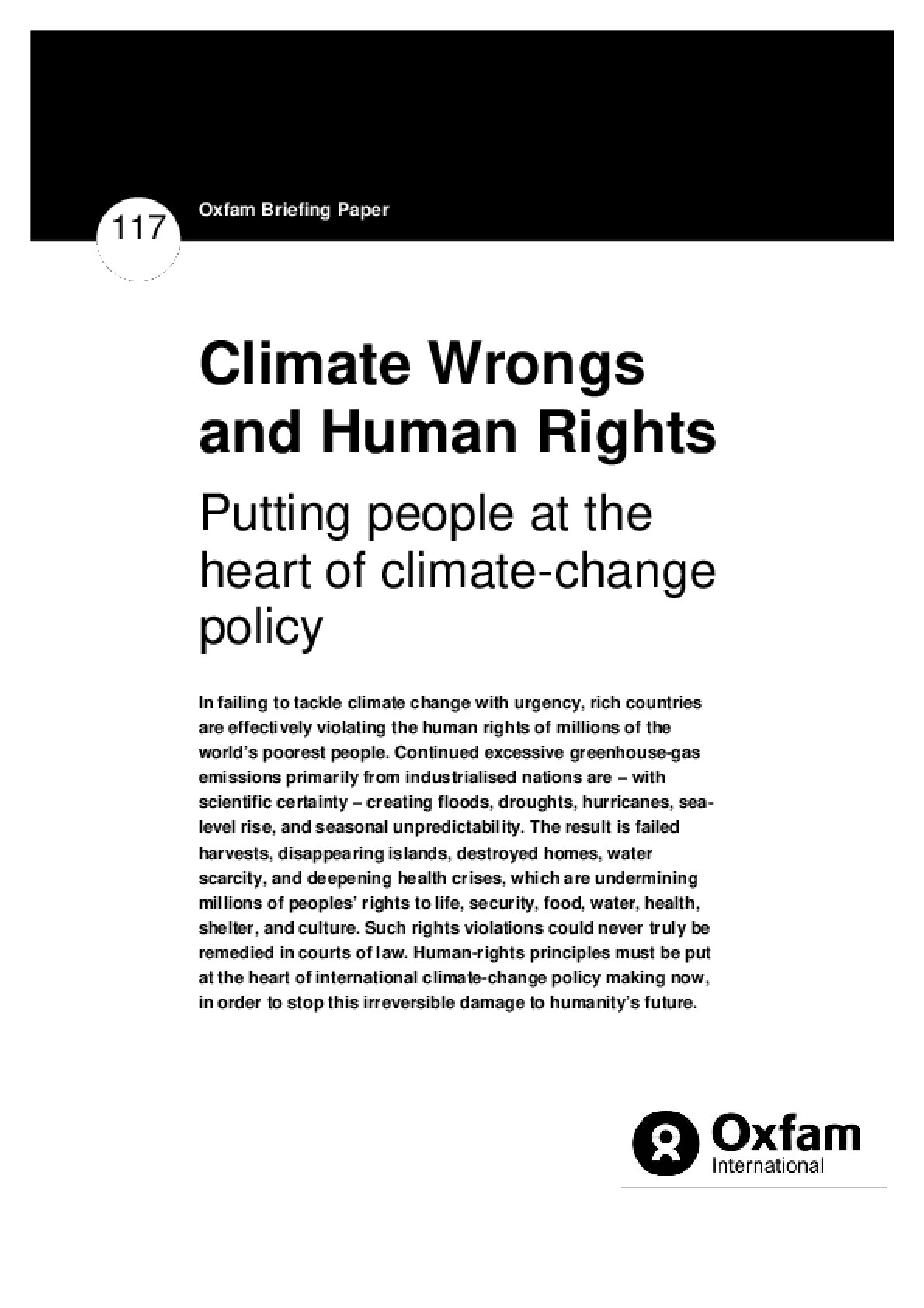