Closed Borders and Mass Deportations: The Lessons of the Barred Zone Act

In 2005 Congress is expected to reexamine the U.S. immigration system in light of the roughly 10 million undocumented immigrants currently living in the country. Some advocates of restrictionist immigration policies offer mass deportations or a "moratorium" on immigration as solutions to the obviously dysfunctional system under which undocumented migration of this scale is taking place. Yet U.S. immigration history offers examples of similarly ill-conceived proposals. As policymakers and the public debate the nature and extent of immigration reform, they would do well to reflect upon the cautionary lessons of the Barred Zone Act of February 4, 1917. 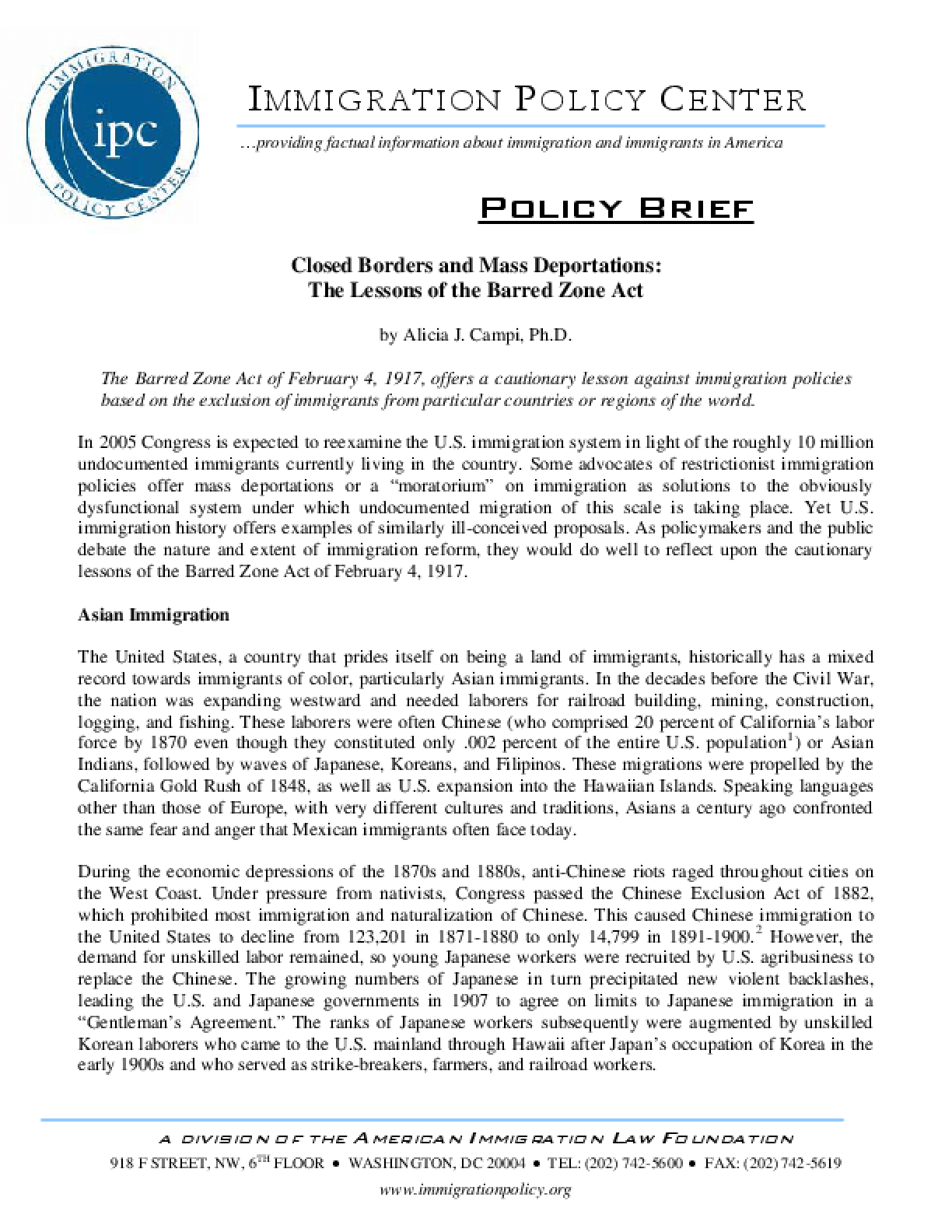